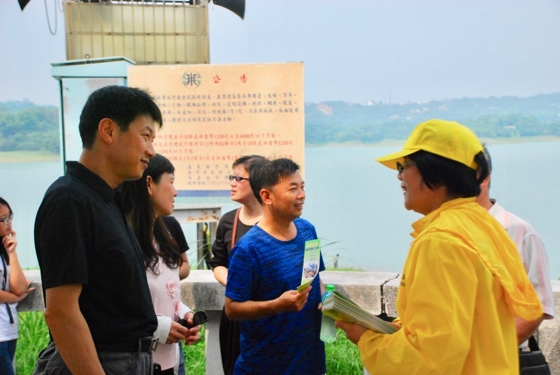 Many people from mainland China visit Taiwan to see the island's unique natural and historical features. Falun Dafa practitioners throughout Taiwan have set up tourist information sites to reach out to Chinese visitors at popular attractions, giving them the opportunity to hear the truth about Dafa and the persecution. This report is from the Renyitan Dam in Taiwan's Chiayi District. 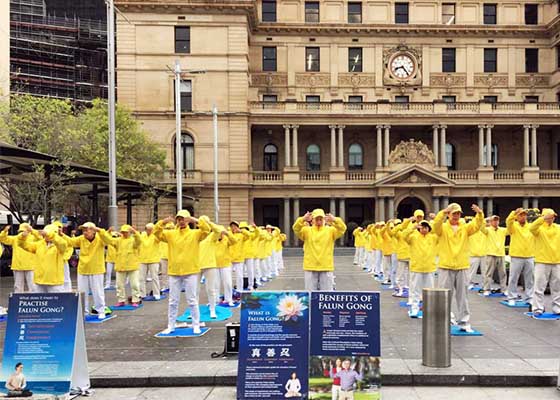 Falun Gong practitioners held a rally to condemn the communist regime's thugs in Hong Kong who attacked a practitioner and to announce that they have given a list of Chinese human rights violators to the Australian government to bar them from entering the country. Representatives of community organizations condemned the CCP’s crimes. 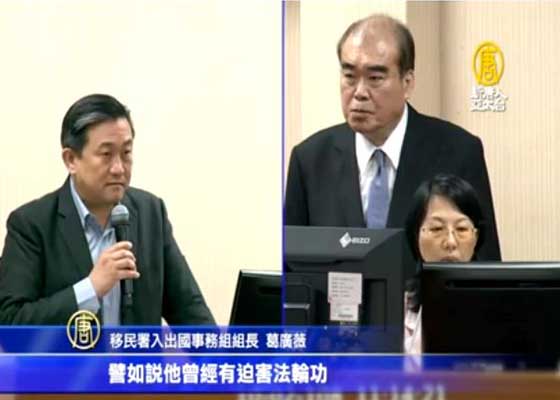 Those Who Persecute Falun Gong Will Be Denied Entry Into Taiwan

Ge Guangwei, head of the entry and exit affairs division of Taiwan's National Immigration Agency said: “Chinese officials will be denied entry into Taiwan if they were involved in the persecution of Falun Gong, or have broken Taiwanese law."

Proposed revisions to the French Bioethics Law will greatly curb transplant tourism to China, where prisoners of conscience, the largest group of which are Falun Gong practitioners, are murdered on demand to supply organs for transplant surgeries.

Arrested in December 2001 for practicing Falun Gong, Ms. Miao Xiaolu was sentenced to five years and suffered brutal torture in prison. She wasn't released on medical parole until one month before her prison term was up. She died in March 2008. She was 43.

Visitors to the two-day expo had the opportunity to try the Falun Gong exercises. Some reported feeling a unique energy when they followed along with the gentle movements.