(Minghui.org) According to information compiled by Minghui.org, the month of April 2019 recorded 38 new cases of Falun Gong practitioners sentenced to prison by the Chinese Communist Party's (CCP) court system.

Falun Gong, also known as Falun Dafa, is a spiritual practice composed of exercises and the principles of Truthfulness-Compassion-Forbearance. Since the CCP started persecuting the practice in July 1999, many practitioners in China have been subjected to arrest, detention, imprisonment, torture, forced labor, and organ harvesting.

The practitioners were sentenced for raising awareness about the persecution, including distributing and mailing informational materials about Falun Gong, and removing a propaganda poster slandering the practice.

These sentenced practitioners come from 14 provinces and municipalities in China, with the provinces of Henan (7) and Shandong (5) registering the most sentences. The prison terms range from six months to ten years, with an average of 3.45 years. 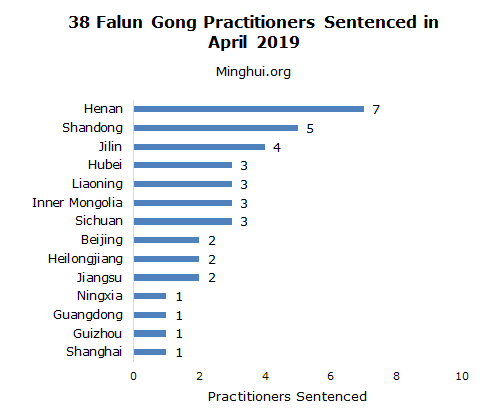 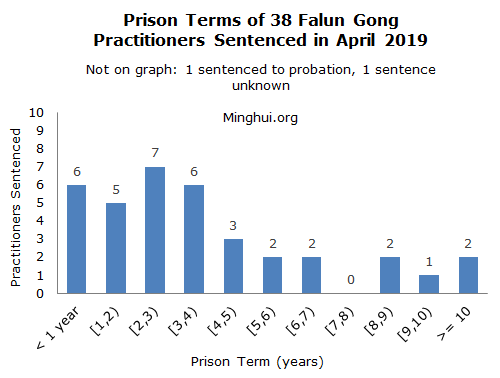 Among the 38 cases, 16 practitioners faced extortion by the police or were fined by the court for a total sum of 249,000 yuan, with an average of 15,563 yuan per person. Mr. Luan Ning of Ningxia Autonomous Region was fined 100,000 yuan, and Ms. Luo Caisen from Heilongjiang Province had 58,000 yuan confiscated from her home.

Six of the practitioners are aged 65 or older. Their sentence terms range from one and a half to six years, with the two oldest practitioners, Ms. Zhao Hualing (78) being given two years with a three-year probation, and Mr. Liu Sitang (76) given three years and fined 5,000 yuan.

Mr. Luan Ning, 60, a former director at the Ningxia Labor and Human Resource Center, was sentenced to ten years of imprisonment and fined 100,000 yuan. The verdict was announced on April 16, 2019, after a hearing held on February 14.

In February 2017, Mr. Luan was targeted after being reported for mailing letters with information about Falun Gong. The police followed and monitored him for a few months before arresting him on August 27, 2017.

Mr. Luan was subsequently charged with “subverting state power,” a standard pretext often levied against human rights activists and Falun Gong practitioners by the Chinese communist regime. His lawyer argued that the “evidence” provided was fabricated.

This is not the first time that Mr. Luan has been imprisoned for practicing Falun Gong. He was previously sentenced to prison two times for three-year and four-year term.

Ms. Li Jing, a resident of Changchun City, was sentenced to ten years in prison for raising awareness about the persecution of Falun Gong. After receiving her verdict on April 2, 2019, her lawyer appealed the sentence on her behalf on April 13. 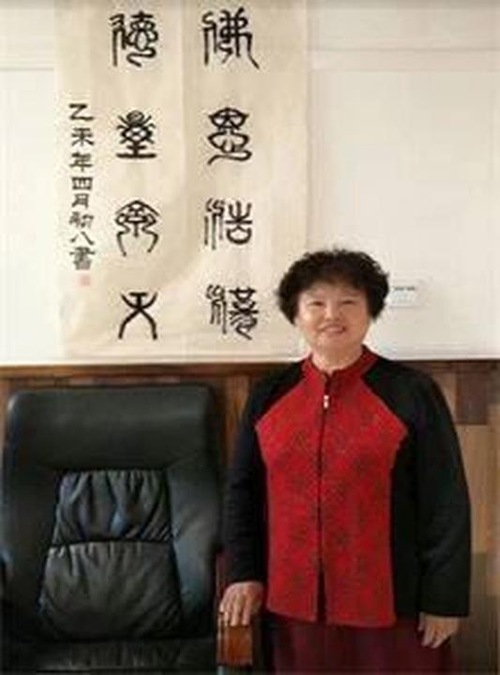 On March 14, Ms. Li was returning home when police arrested her and took away her house keys to ransack her home. That night, she was taken to the police station, where she was interrogated for two days without given anything to eat or drink; she was also deprived of sleep.

Ms. Li was later taken to the Changchun No.4 Detention Center. On November 7, 2018, without informing her family, Ms. Li was taken to the court for a hearing that lasted 20 minutes, during which she was not allowed to defend herself or debunk the propaganda spread by the communist regime in order to justify the persecution.

Ms. Li was previously arrested in 2000 and sentenced to one year in a labor camp. She was arrested again in 2003 and taken to a labor camp for two years. Her husband and son have already passed away, and her 86-year-old mother is now left at home alone.

Falun Gong practitioner Mr. Liu Sitang of Ji'nan City in Shandong Province was sentenced to three years of imprisonment and fined 5,000 yuan for refusing to renounce his faith. He received his verdict on April 19 and had since appealed the sentence. 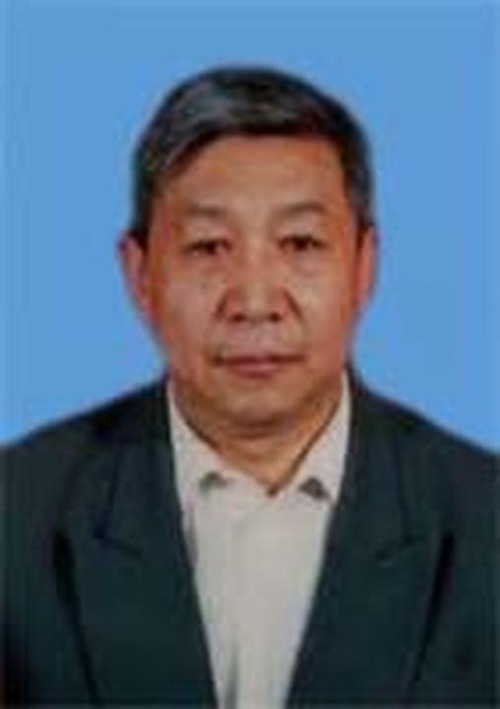 Mr. Liu, a retired engineer of Jigang Group, and his wife, Ms. Zhang Huiqing, were arrested on September 6, 2018. He was released on bail that day due to his age while his wife remained detained. However, Mr. Liu was taken back into custody on September 18.

On October 25, when Ms. Zhang was released on bail, she learned that her husband was issued a formal arrest warrant on the grounds that he had previously been imprisoned for refusing to renounce Falun Gong. Mr. Liu was previously imprisoned for 5.5 years after being arrested in February 2009 at his home; officers confiscated nearly 90,000 yuan in cash that was saved for his son's wedding, as well as other valuables.

More Information about the Persecution of Jinan Dafa Practitioner Liu Sitang, Who Refused to Participate in the "Safeguard Advancement" Campaign

A resident of Wuhan City was recently sentenced to five years in prison for practicing Falun Gong. She vowed to appeal the sentence.

Ms. Wu Bilin, in her 70s, was arrested on May 23, 2018, after the police pretended to be her husband's colleague and deceived her into opening the door for them. Prior to the arrest, she had been repeatedly harassed since April by police and staff members from the residential committee, forcing her to live away from home for a week for safety. She was eventually arrested after returning home.

On March 28, 2019, Ms. Wu appeared in court, where her lawyer entered a not-guilty plea for her. It was reported that a few months prior to Ms. Wu's court hearing, Judge Liang had submitted her case to Wuhan City Intermediate Court to seek the higher court's opinion on her verdict. By law, appeals courts only take up appeals cases, and trial courts have full authority to decide verdicts.

Before her latest arrest, Ms. Wu had been arrested 20 times in the past 20 years for refusing to renounce her faith. She was abused to the verge of death almost every time. Only then was she released.

Ms. Wu's latest prison sentence was preceded by another five-year sentence in 2011. She served that sentence outside of prison because of her physical condition.

Successful Shanghai Businessman Sentenced to Four Years for His Faith

A 48-year-old Falun Gong practitioner from Shanghai was sentenced to four years in prison and fined 8,000 yuan on April 16, 2019. 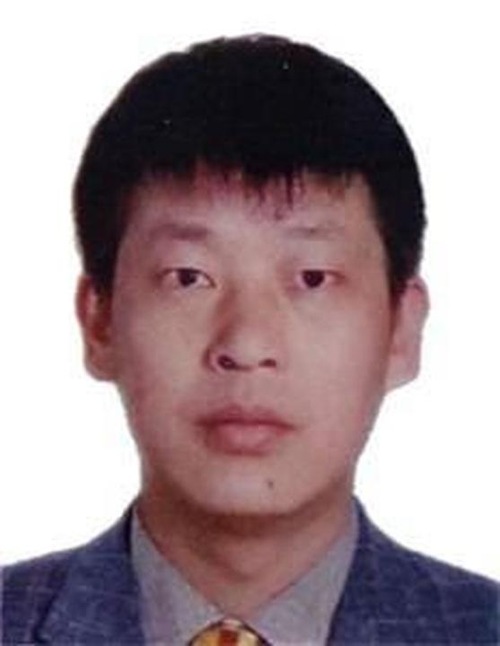 On March 23, 2018, the police arrested Mr. Deng Chenglian without showing a warrant or identification. They ransacked his home and took him to the police department to interrogate him. He was not given food or anything to drink for the entire day.

After being held at the Minhang Detention Center, he refused to give up his belief. Guards handcuffed him, chained his feet, and tortured him. When he went on a hunger strike to protest the torture, he was taken to the Shanghai Prison General Hospital and tied to a bed for 11 days without the ability to move or go to the toilet.

When Mr. Deng went on another hunger strike in late June, guards force-fed him through a urinary catheter. This resulted in swelling in his genitals and urinary tract. They then tied him to a bed for nearly a month.

Mr. Deng's health deteriorated during his more than half a year on hunger strikes. He had to be brought into the courtroom in a wheelchair on April 16.

During the trial, his two lawyers hired by his family pleaded not guilty on his behalf. They pointed out that police had searched his home without a search warrant, that Mr. Deng was not at home during the search, and that the police did not provide a list of confiscated items as required by law.

They also turned over a letter from residents of Mr. Deng's hometown in Hubei Province. The villagers had signed a petition calling for his release.

Mr. Deng is a successful businessman who once donated 280,000 yuan in 2010 to build several roads connecting the village to nearby towns after seeing his hometown’s isolation. He also helped families in need every time he returned to the village.

Two Falun Gong practitioners, Ms. Yuan Xuefen, 55, and Mr. Wen Juping, 69, from Luodai Town, Sichuan Province, have been sentenced to two and eight years in prison, respectively, for removing a propaganda poster slandering their faith. They vowed to appeal their verdicts.

Ms. Yuan and Mr. Wen were arrested on May 21, 2018. The police searched Ms. Yuan and confiscated her cellphone and Falun Gong materials found in her purse. They also confiscated Mr. Wen's cellphone.

Ms. Yuan's older brother, Mr. Yuan Bin, who also practices Falun Gong, was arrested on January 24, 2019, while visiting his parents before the Chinese New Year. He is also facing further prosecution for his faith after the procuratorate approved his arrest.

The arrests and detention of Ms. Yuan and her brothers dealt heavy blows to their elderly parents. Although their mother fainted and was revived, their father, Mr. Yuan Guangchang, passed away due to complications caused by the mental distress.

A woman from Beijing was sentenced to one year in prison and fined 2,000 yuan on April 18, 2019, for refusing to renounce her faith in Falun Gong.

Ms. Ma Xiuying was arrested on September 25, 2015, for distributing informational materials about Falun Gong. She was later released on bail but taken back into custody and put in criminal detention after officers deceived her into returning to the police station on March 31, 2016, to complete some paperwork. On April 30, 2016, Ms. Ma was released on bail for the second time.

When Ms. Ma boarded a train for an out-of-town trip on June 7, 2017, she was arrested moments before the train departed. The police claimed that she had violated her bail by attempting to run away. She was put in criminal detention for the second time and then released on bail for the third time on July 14.

Ms. Ma appeared on court on November 5, 2018, where she testified in her own defense and argued that it was her constitutional right to practice Falun Gong and that she didn't violate any laws by distributing Falun Gong materials.

““The Blacklisted” Film Premieres in Serbia Despite Government Censorship”