“The Blacklisted” Film Premieres in Serbia Despite Government Censorship

(Minghui.org) Belgrade, the capital of Serbia, has hosted the Beldocs International Documentary Film Festival for 12 years. This year’s festival saw the premiere of The Blacklisted, a film about the persecution of Falun Gong in China directed by Sara Markovic and Nikola Dragovic.

Falun Gong, also known as Falun Dafa, is a spiritual discipline based on the principles of Truthfulness, Compassion, and Forbearance. It has been suppressed by the communist regime in China since 1999, and Falun Gong practitioners across China have been arrested, imprisoned, tortured, and even killed for their organs–all for refusing to renounce their faith.

The Blacklisted is a Serbian production that tells the story of 11 Falun Gong practitioners who were illegally detained by the police in Belgrade during a summit between China and 16 European countries in 2014.

Practitioners from across Europe traveled to Serbia to raise awareness of the Chinese regime’s persecution of Falun Gong. After the Serbian police banned their activities, most canceled their trips. Some were denied entry into Serbia after they were found on blacklists. Others managed to enter the country, but the moment they checked into their hotels, the police picked them up without explanation.

One of the protagonists said they were denied their basic human rights, including the ability to contact their embassy, call a lawyer, or call home. They were held in jail until the end of the summit and released only after the Chinese leader had left the country.

Another protagonist said, “I don’t believe this is happening in Serbia. This kind of thing happens in China.” They found many similarities in how practitioners in the two countries were treated. After they were illegally arrested in Serbia, the police tried to conceal their whereabouts and even denied having any knowledge of them.

They were also told to sign a document in a language they did not understand. In China, when Falun Gong practitioners are arrested, they are pressured to sign a “repentance statement” to renounce Falun Gong.

One of the film’s protagonists, now a citizen of Finland, was a UN refugee who was arrested three times in China and tortured for practicing Falun Gong. Viewers could hear firsthand testimony regarding the inhuman treatment of Falun Gong practitioners in China.

Although Serbia is a democratic country and a European Union candidate, the film festival organizers had a difficult time presenting the film. 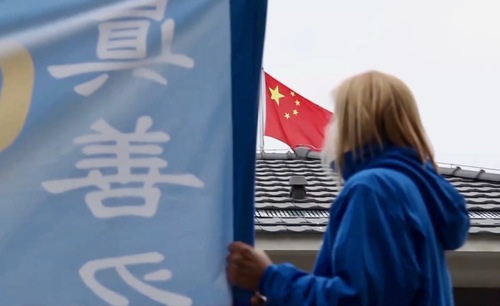 The festival then booked a third venue. However, two days before the premiere, the venue management informed the festival organizers that they could not show the film because of pressure from the government of Serbia.

The festival organizers wrote in their media statement: “The Beldocs Festival does not believe in the prohibition, censorship, or limitation of freedom of speech. Above all, Beldocs believes in the right of every artist to express his or her attitude, and only after that… will a dialogue begin.”

Free media picked up the story, and the public learned of the first attempt at film censorship since communism ended in Serbia in 1990.

The film’s producer said, “Many film professionals were outraged by the obvious attempt by the government to ban the film, and they expressed their support of the festival.”

A high government official demanded that the premiere be canceled, citing “higher state interests,” a reference to trade relations with China. A festival organizer wrote in response, “There cannot be anything higher than freedom of expression, especially on May 9, the day of anti-fascism.”

The film finally premiered to a full house at a private venue. Additional seats had to be added to meet demand, and even then some viewers had to sit on the stairs.

After a successful world premiere, three more screenings were held at the festival with no further interference. 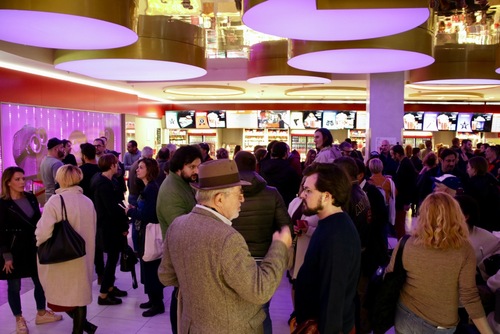 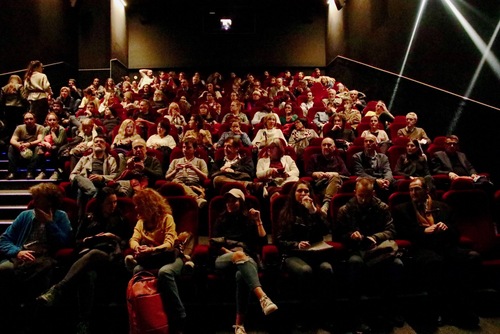 The original venue later reopened on May 28 and, to compensate for the previous closure, organized a new screening under the name Beldocs Hits.

After the film was shown, the question-and-answer session lasted almost 45 minutes, with many audience members asking which governmental and non-governmental organizations could help to stop the persecution. Some congratulated the producer and directors for their bravery in making the film. “Thank you very much for presenting this story,” one woman said.

A man wanted to learn Falun Gong after watching the film. He later went to a group exercise site in a local park and learned the first four Falun Gong exercises. He remarked that the second exercise was very powerful and said he would learn all the exercises and read the books.

Some audience members said that the Chinese Embassy’s interference with the screening further convinced them that the atrocities presented in the film are true.

Following its premiere in Serbia, The Blacklisted will be screened at other film festivals in neighboring countries.