(Minghui.org) A former physical education teacher in Changchun City, Jilin Province is being abused every day while serving time for her faith in Falun Gong. 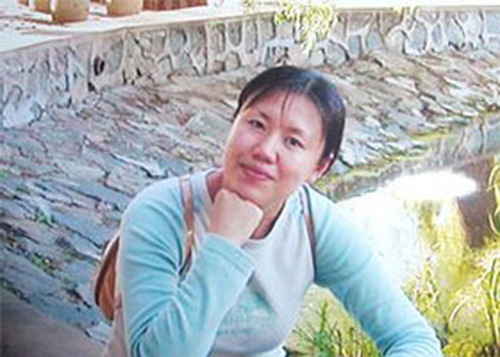 Ms. Che Pingping, 47, was arrested on January 26, 2018, after being reported for talking to people about Falun Gong. While being held at the Changchun City No.4 Detention Center, she held several hunger strikes to protest the persecution and was force-fed.

The Chaoyang District Court secretly sentenced her to three years and two months to Jilin Province Women’s Prison on November 30, 2018.

In 2019, the eighth ward where Ms. Che is currently incarcerated was assigned a new director, Qian Wei. When officials of the justice department came to visit the prison in March 2019, the ward authorities gave every inmate new daily necessities, including new toothbrushes, towels, slippers, and mugs. The trash can in the hallway was also replaced by a new one. But after the officials left, the guards took away everything, only to distribute them again during the next official visit. Because of the staged good living condition of the inmates, the eighth ward has won several excellence awards.

Under Qian’s order, the eighth ward launched a new wave of intensive persecution targeting Falun Gong practitioners, including sleep deprivation, starvation, and no showers or access to basic daily necessities. Many practitioners soon became gaunt and their hair turned gray.

Ms. Che has been sent to solitary confinement several times. She held a hunger strike in late August 2019 after she was sent there. The guards took her to the prison hospital and force-fed her twice a day.

This is the second time that Ms. Chen has served time at the Jilin Province Women’s Prison, following an earlier four-year term given in 2014.

Because of her holding a hunger strike to protest the persecution in the same eighth ward in April 2015, she was force-fed three times a day, every day for eight months. Every time when the guards pulled the feeding tube out, her stomach, esophagus, and nose bled. With a height of 5.44 ft, her weight dropped from about 140 lbs to about 66 lbs. She was unable to walk by herself, and could only move forward slowly with support from others. The long-term, damaging force-feeding caused multiple organ failures and her life was hanging on by a thread.

In addition to the solitary confinement and force-feedings, she was also tied up in a spread eagle position for half a month and sprayed with spicy water in the eyes that caused the detachment of her right retina.