(Minghui.org) Five Nanchang City, Jiangxi Province residents were sentenced on October 22, 2020 for their faith in Falun Gong, a spiritual and meditation discipline that has been persecuted by the Chinese communist regime since 1999.

The five practitioners were arrested between July 18 and 26, 2019. It has been reported that the police in Nanchang City formed a special task force to target the practitioners. They tracked their addresses through surveillance cameras and ransacked their homes.

In particular, Mr. Chen was arrested around 5 p.m. on July 18 by more than 20 officers. One officer revealed that they had monitored him for over two weeks. The officers appeared to be very familiar with the environment around Mr. Chen’s home and they came with a key to open his door. They spent more than two hours ransacking his place and emptied two rooms. More than 100 Falun Gong books, related materials, computers, several printers, DVD burner, 28,000 yuan in cash, and other belongings were confiscated.

Ms. Jiang, who happened to be visiting him, was also arrested.

While Mr. Chen was released on bail days later, the other four practitioners were detained at the Nanchang City No.1 Detention Center following their arrests. The police submitted their cases in November 2019, and they were indicted in early 2020.

The five practitioners were tried by the Xihu District Court through a video conference on July 7, 2020. None of their family members were informed of the hearing.

Prior to her latest persecution, Ms. Zhang, 60, has been arrested more than ten times and imprisoned two times for a total of seven years. Her home was also ransacked on multiple occasions. She was fired from her post as a senior treasurer. She suffered great pain, physically and mentally, and substantial financial loss as a result of the persecution. 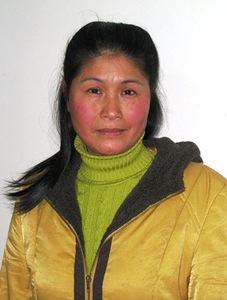 Ms. Hu, 69, has been arrested six times and sentenced once.

Ms. Hu was first arrested and had her home ransacked on November 28, 2003. The police beat her and caused a bone fracture. She was then detained at Nanchang City No. 2 Detention Center.

Ms. Hu was arrested again in March 2004 while distributing Falun Gong materials. She was beaten again by the officers.

Her next arrest and home-ransacking was on December 7, 2012 and she was detained at the Nanchang City No.2 Detention Center. According to a practitioner who was released from the Jiangxi Province Women’s Prison on March 7, 2014, Ms. Hu has served a term in the prison, but the length of her term is not known.

Two months later, Ms. Hu was arrested again on May 3, 2014 for distributing Falun Gong materials. The person who reported her grabbed her hair and beat her.

Ms. Hu was arrested a fifth time on August 8, 2017 after being reported for talking to people about Falun Gong. The police ransacked her home. It has been reported that the police had monitored her for six months before arresting her.

Following her latest arrest in July 2019, she has been subjected to constant verbal abuses by the inmates in the detention center.

After Repeated Arrests, Two Nanchang Women Are Again Detained for Their Faith