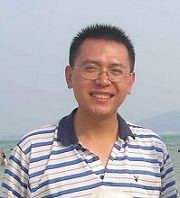 The 38-year-old accuses the former Chinese dictator of initiating the brutal suppression of Falun Gong that resulted in his being arrested seven time, and incarcerated for a total of six years at a forced labor camp.

Mr. Lei described in his complaint what he endured for refusing to renounce Falun Gong over the past 16 years of the persecution. One torture session, in particular, left him in pain for more than two years.

Mr. Lei was arrested at an Internet cafe in May 2010, then taken to the local police station and thrown on the floor with his hands cuffed tightly behind his back. His feet were tied together with a very thin rope, which was tied to his hands behind his back.

Mr. Lei wrote in his statement, “One officer kicked me in the mouth with his shoes like he was kicking a soccer ball into the net. Blood and small pieces of my teeth flew out of my mouth.

“He then savagely kicked my nose, and blood instantly filled my throat. The third kick was to the left side of my face, causing it to immediately swell. The fourth kick was to my left eye. My eye was so swollen that I couldn't open it. The final brutal kick was to my chest.

“A while later, I had difficulty breathing, and the excruciating pain made me moan involuntarily. To try to alleviate the pain, I used my chin to move on the floor bit by bit. The pain in my chest lasted more than two years.”

Mr. Lei was eventually given two years of forced labor. This was the second time he was sent to a forced labor camp for two years.