(Clearwisdom.net) Mr. Lei Yangfan was arrested and sentenced to two years of forced labor after browsing the Internet at an Internet cafe on May 8, 2010 in Changsha. Mr. Lei is a resident of the Furong District of Changsha, and used to work in the human resources department of the Hunan Provincial Branch, Bank of China. The official excuse for his labor camp sentence was that he was a Falun Gong practitioner, and distributed Falun Gong informational materials in Qiaoyi Town, Wangcheng County, Hunan on the evening of April 17, 2010. 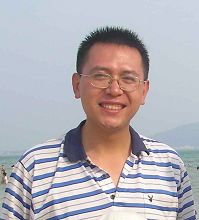 On August 26, Mr. Lei received the appeal decision statement while he was detained in the seventh team of the Xinkaipu Forced Labor Camp of Hunan Province. He had no other channels for appeal, so he began a seven-day hunger strike in protest. The seventh team authorities extended his term by ten days as punishment for his hunger strike.

On September 2, Mr. Lei decided to file a lawsuit against the Forced Labor Administrative Committee at the Furong District Court of Changsha. He prepared his legal documents with his signature and fingerprint. However, the court demanded that the forced labor camp produce a verification with a red seal to attest that the signature was Mr. Lei's. The Xinkaipu Forced Labor Camp authorities refused to produce the verification, rendering his lawsuit documents invalid and undeliverable. Subsequently, Mr. Lei's right to sue the government was denied.

Mr. Lei went on a second hunger strike, but was force-fed by the camp guards. The guards pried his mouth open with a special tool, keeping it open for about an hour, then started force-feeding him. The torture caused tremendous pain and loosened his teeth. After the force-feeding, his labor camp term was extended yet again.

More information about Mr. Lei Yangfan can be found at: