On December 7, 2010, Mr. Lei’s father traveled to the labor camp and requested a visit with his son, but officials refused to let him see Mr. Lei. 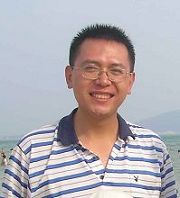 Mr. Lei Yangfan is a former human resources official from the Hunan Branch of the Bank of China.

He had suffered bronchitis for many years, which caused him much trouble at work and in daily life. Soon after he started practicing Falun Gong however, his illness disappeared and never returned. He was known at his workplace as a good person, and was well respected.

Mr. Lei was illegally arrested by officers from the Shazitang Police Station in Changsha City on May 8, 2010, while browsing the web in an Internet café, and later transferred to the Wenyilu Police Station in Changsha City, which is responsible for the area where Mr. Lie lives. On that night, without following proper legal procedures, he was sent to the Changsha Legal System Education and Training Center, located in Laodaohe Town, Kaifu District, Changsha City, which is in reality a brainwashing center used to detain Falun Gong practitioners.

Mr. Lei went on a hunger strike for almost 20 days to protest the persecution in the brainwashing center. During that time, personnel from the Changsha 610 Office tortured him using various means. A witness saw several officers hold down Mr. Lei on a bed and forcibly give him an injection.

On May 27, 2010, without following legal procedures, written documentation, or notification to his family, Mr. Lei, in a weakened state from torture, was sent to the Xinkaipu Forced Labor Camp.

In Division No. 7 of the Xinkaipu Forced Labor Camp, the guards ordered three drug-addict inmates to take turns monitoring Mr. Lei around the clock. He had no personal freedom at all.

Mr. Lei held two hunger strikes to protest the persecution at the labor camp. The guards extended his term by ten days for his first hunger strike.

When Mr. Lei went on a second hunger strike for about seven days in late August 2010, he was force-fed. The guards ordered criminal inmates to hold down his hands and feet, then pried his mouth open with a tool. His mouth was forced to remain open for about an hour before the guards force-fed him. His teeth loosened as a result of this abuse. The guards then extended his term again, citing the hunger strike. Dou Xianglin, deputy instructor of the Seventh Division, was one of the persons in charge of persecuting Mr. Lei.