New York: Divine Performing Arts Plays to a Full House in Manhattan and Receives an Enthusiastic Response from the Audience (Photos)

(Clearwisdom.net) On the evening of August 24, 2008, Divine Performing Arts once again presented the compassion and beauty of traditional Chinese to a packed house at the Hammerstein Ballroom at Manhattan Center Studios. The performance was given to celebrate the successful conclusion of the second annual International Chinese Classical Dance Competition. The western and Chinese audience members, including contestants of the series of competitions hosted by New Tang Dynasty Television (NTDTV) were greatly impressed. The award ceremony for the second annual International Chinese Classical Dance Competition was held after the show. 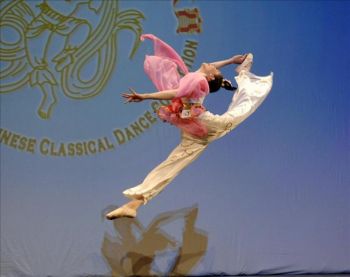 NEW YORK--Thirty of the world's best Chinese Classical dancers will perform on Sunday in the final of the International Chinese Classical Dance Competition. The stage at Town Hall Foundation in Manhattan, New York will come alive with ancient tales of China's rich past.