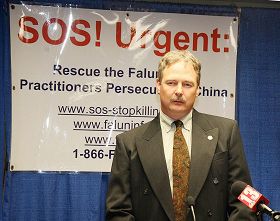 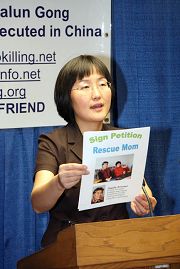 ALBANY -- We're into the second week of the Olympic Games in Beijing but some local Chinese-Americans say stop watching or if you do watch, use caution.

They say the Chinese people deserve the games but not the Communist government which has rounded up protestors, including an Albany woman's mother.

"On March 31st my mother and my aunt were arrested," said Annie Li.

She has lived in Albany for 7 years but for the past few months, all her thoughts are on her family that she says was swept up in a Pre-Olympic sweep of protestors. Her mother, a retired library science professor, practices Falun Gong, a religion and peaceful protest of the Chinese government. She describes some of the abuse.

Annie Li and others told their story in Albany, saying they haven't, and won't watch any of the Olympics in Beijing. They've talked to dozens of lawmakers on the state and federal level to put the pressure on china over oppression like this.

They provided video from the independent, nonprofit Chinese television outlet headquartered in New York City. It shows a protest and abuse of some Falun Gong practitioners in Flushing, Queens back in May.

"Release people like Annie's mother and that will show that it truly is a new day in China. Otherwise, you can build all the stadiums you want. Nothing's changed," said Assemblyman Tim Gordon (I - Bethlehem).

"For almost three months I have not been able to contact my mother. As days of detention pile up, my heart breaks," said Li.

She has no hope in the Chinese regime.

"What my hope is from the international community pressure my mother can be released."

Newschannel 13 is told that Annie Li's 67-year old mother is being held at a legal training school which Li calls a "brainwash center."