(Minghui.org) A woman in Jiamusi City, Heilongjiang Province, has been taken into custody after her appeal to overturn a wrongful sentence for practicing Falun Gong was rejected by the higher court.

Although Ms. Liu Lijie has dangerously high blood pressure and has been denied admission three times previously, the Huanan County Detention Center did admit her on January 12, 2022. The detention center is now denying her family visits, citing the pandemic. 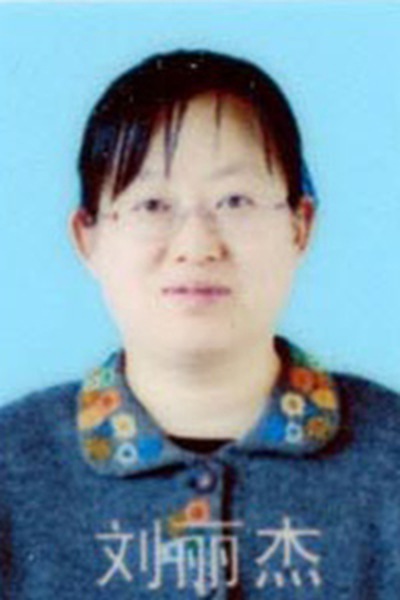 Ms. Liu, a 51-year-old former teacher, was arrested on October 14, 2020, for practicing Falun Gong, a spiritual discipline that has been persecuted by the Chinese communist regime since 1999. Due to high blood pressure, she was released on bail but the police continued to harass her.

The Xiangyang District Court initially scheduled a hearing for September 24, 2021, later postponed it to September 28, and then canceled it altogether. Judge Song repeatedly blocked Ms. Liu’s lawyer from representing her in court.

When Ms. Liu’s lawyer told the court that he had a conflict with the newly rescheduled hearing on October 12, judge Song rejected his request for a different court date and appointed another lawyer to represent Ms. Liu.

During the hearing on October 12, Ms. Liu dismissed the court-appointed lawyer, who was instructed to enter a guilty plea for her. She kept asking judge Song to adjourn the hearing and move it to a later date to enable her lawyer to attend, but Song ignored her.

On November 4, the police chief arrived with an officer assigned to monitor Ms. Liu and told her that judge Song had summoned her to answer questions.

They also gave her judge Song’s message that the October 12 hearing was invalid, because Ms. Liu’s lawyer wasn’t present. He said he’d arranged another hearing for November 16 and she could ask her lawyer to attend.

After discussing the matter with Ms. Liu, the lawyer agreed that he not attend the hearing, as judge Song had violated legal procedures all along and there wasn’t much point for him to attend the rescheduled session. Instead, he would seek justice for her through other channels.

At the November 16 hearing, Ms. Liu remained silent to protest the persecution. Song threatened to give her a longer term if she didn’t cooperate.

A day later, Song handed down a 3.5-year prison sentence on charges of “undermining law enforcement with a cult organization,” a standard pretext used by the Chinese communist regime to frame Falun Gong practitioners.

Ms. Liu filed an appeal to protest the verdict with the Jiamusi City Intermediate Court, demanding the decision be overturned and a retrial.

On December 9, 2021, the higher court assigned Ms. Liu’s appeal case to judge Guo Jianfeng, who had a brief interview with Ms. Liu that day. Guo asked her if she objected to the verdict, the evidence, or the witness accounts during the first-instance trial, as well as her specific demand for the appeal, including whether she would hire a lawyer herself or use a court-appointed lawyer.

Ms. Liu replied that she had objections to the entire prosecution procedure in her case, including the evidence, the witness accounts, and how the judge had interfered with her legal representation.

Two of Ms. Liu’s non-lawyer defenders later called judge Guo. Upon learning that they were professional lawyers who had lost their licenses for defending human rights cases, Guo ordered them to bring documents showing the suspension of their licenses. He didn’t require them to present letters to show they didn’t have a criminal record.

The two defenders arrived at the court on December 17, 2021, and submitted the representation documents to judge Guo. When they asked to review Ms. Liu’s case documents, Guo claimed that a prosecutor had taken them but they would be returned in the afternoon.

When the two defenders followed up with Guo later in the afternoon about reviewing her case documents, Guo asked for details about their personal information and how they lost their licenses. He arranged for them to review the case documents the next day.

They emailed Guo their legal opinion on January 1, 2022, demanding that Guo correct the mistakes made by the first instance court and follow the law.

They pointed out that, despite Ms. Liu’s repeated requests to postpone the hearing, judge Song Tao insisted on proceeding with the session on October 12, 2021. As a result, Ms. Liu was deprived of her right to use her own lawyer to defend her innocence and her right to a fair trial. According to Chinese law, when deciding on a court date, the court should take into account the time needed for defense lawyers to prepare to defend their clients. If a lawyer applies to postpone the hearing due to a schedule conflict, the judge should consider their request and change the schedule accordingly, while maintaining timely communication with the lawyer.

While judge Song regretted his decision to proceed with the October hearing without the presence of the defender, it was illegal for him to arrange another hearing on November 16, because, according to the code of criminal procedure, Song should have ordered a retrial with a new collegiate bench, instead of having a second hearing with the same collegiate bench after a violation of legal procedure was determined.

The higher court ruled to uphold Ms. Liu’s original verdict on January 12, 2022, the same day she was taken back into custody. Her family was informed of the higher court’s ruling the day after.

Heilongjiang Woman Sentenced to Prison for Her Faith