(Minghui.org) A former engineer in Dalian City, Liaoning Province who became paralyzed after ten years of prison torture was sentenced again for his faith in Falun Gong.

Falun Gong, also known as Falun Dafa, is a spiritual discipline with the core tenets of Truthfulness, Compassion, Forbearance that has been persecuted by the Chinese communist regime since 1999.

Mr. Lu Kaili (also translated as Lyu Kaili), 57, was arrested on June 20, 2021, after the police saw couplets on his door frame that said, “Truthfulness, Compassion, and Forbearance are the most important; Virtue and good deeds will bring blessings.”

June 20, 2021 happened to be Father’s day. As Mr. Lu’s own parents passed away many years ago, his only family in Dalian are his wife and parents-in-law, who are in their 80s. His arrest dealt them a heavy blow, especially to his father-in-law who was still recovering from a surgery.

After five days at the Dalian City Lockup, Mr. Lu was transferred to the Yaojia detention Center. The guards initially refused to admit him due to his physical condition, but were forced by the police to take him. When his family sought his release, a police officer said to them, “It’s useless for you to talk to me. It’s an order from above to arrest him.”

Mr. Lu previously sustained a spinal injury after ten years of torture at the Panjin Prison. He had just learned to walk with a single crutch not long before being arrested again. His disability caused him much suffering at the detention center, where he had to walk without a crutch, on top of suffering from incontinence. The pain in his legs often kept him awake at night. When his lawyer visited him, he was carried out on an inmate’s back.

Mr. Lu stood trial at the Ganjingzi Court on December 16, 2021 and was sentenced to an eight-month prison term and fined 5,000 yuan. He has appealed the verdict.

Prior to his latest sentencing, Mr. Lu served two terms in forced labor camps, and one prison sentence. He spent a total of 13.5 years in the past 23 years behind bars, and suffered torture, including the death bed, being hung up by handcuffs, and being shocked by high-voltage electric batons.

After he intercepted TV signals in 2005 to broadcast a video exposing the crimes of the Chinese Communist Party, he was sentenced to ten years in prison. The prison guards frequently shocked him with electric batons, each time for hours. In 2010, he jumped off a building roof because he could no longer tolerate the extreme physical pain. His tailbone was injured and he became paralyzed and incontinent. 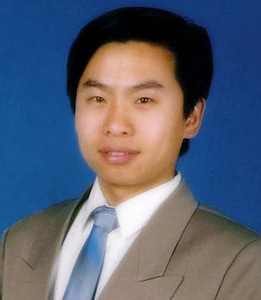 Mr. Lu before the persecution 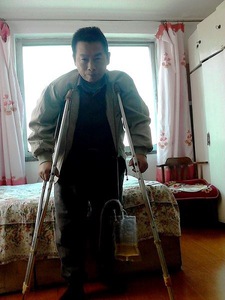 Mr. Lu after he was released from Jinzhou Prison

Disabled in Prison, Engineer Arrested Again for Upholding His Faith

“Taiwan: Practitioners Learn from Each Other and Reflect on Their Cultivation Experiences During Conference”