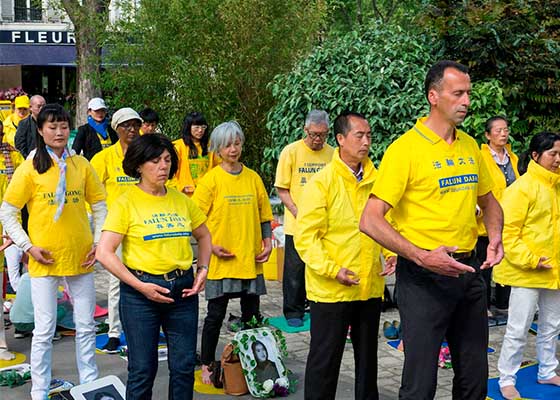 Falun Gong practitioners held a rally near the Chinese Embassy in Paris to commemorate the 19th anniversary of the peaceful appeal of 10,000 practitioners in Beijing and the ongoing persecution of Falun Gong in China. National Assembly Member Danielle Brulebois sent a letter of support to practitioners for the event, and members of the public offered their support to help end the persecution. 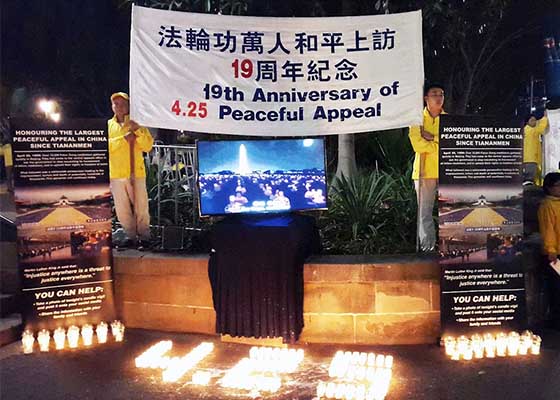 Australians Moved by the April 25 Peaceful Protest and Continuing Efforts 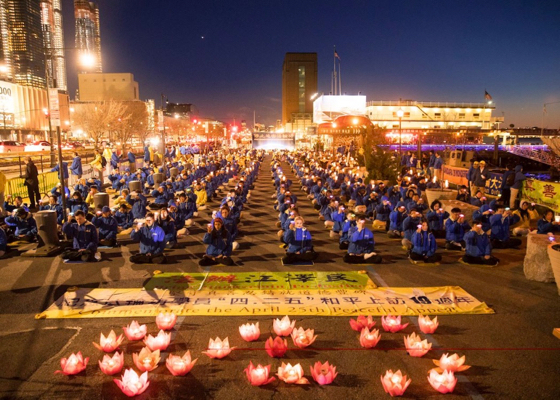 Nineteen years ago, a peaceful appeal took place in Beijing on April 25, when some 10,000 Falun Dafa practitioners gathered in the nation's capital and called for the release of practitioners illegally arrested in Tianjin. Several months later, former Communist leader Jiang Zemin launched a brutal nationwide suppression that continues today. Each year in April, Dafa practitioners around the world commemorate the historic appeal.

David Matas, a human rights lawyer, spoke about the state-sanctioned killing of prisoners of conscience in China.

Russian practitioners held events in Moscow, St. Petersburg, Irkutsk, and Vladivostok to mark the 19th anniversary of the peaceful protest of over 10,000 practitioners in Beijing.

My Son Was Blessed By Dafa

After trying various means to cure a child's strange disease of blood dilution that left him deformed and with no hope of recovery, he and his mother tried Falun Dafa and the child's health became normal.