(Minghui.org) To commemorate the 19th anniversary of the April 25th peaceful appeal of over 10,000 practitioners in Beijing, Falun Gong practitioners held events in many cities in Russia. 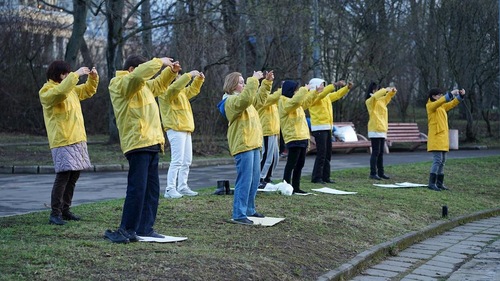 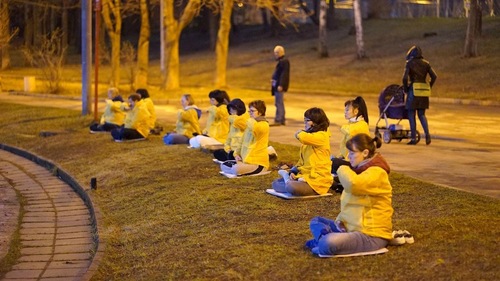 On the same day, individual activities were held in front of the Chinese Consulate in St. Petersburg. Fifteen practitioners held poster boards with Falun Gong information and called for an end to the persecution in China.

People on their way to the consulate to apply for visas looked at the posters. A young man said, “Evil is trying hard to destroy people’s freedom everywhere. We should not turn a blind eye to the troubles of others, but show our will.” He took copies of the information. 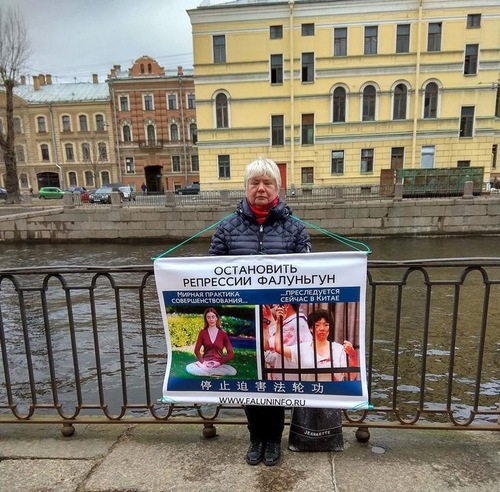 In front of the Chinese Consulate in St. Petersburg

In Irkutsk, an important city in the Siberian region, Falun Gong practitioners demonstrated the exercises in the Uritsky Pedestrian Street and distributed informational materials on April 23. 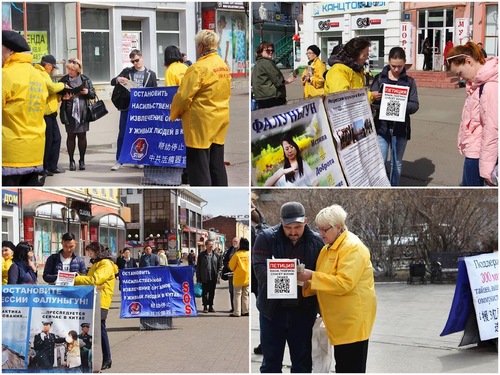 Raising awareness of the persecution on a pedestrian street in Irkutsk 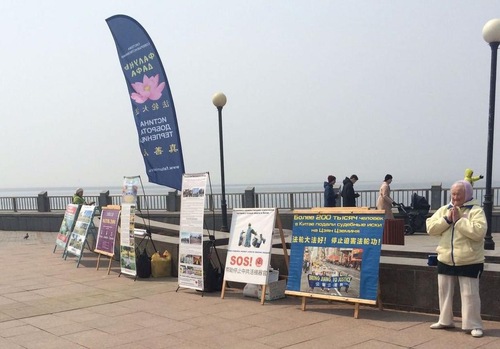 Raising awareness of the persecution on an oceanside street in Vladivostok.

On April 21, practitioners held group practice and distributed informational materials on a street next to the ocean in downtown Vladivostok and several locations including the shopping mall in the city of Ulan-Ude.

“My Son Was Blessed By Dafa”