Anguish Over Deception by Procuratorate and Prison Officials Causes Mr. Zheng Xiangzing's Wife to Have a Heart Attack

On February 21, 2012, Mr. Zheng Xiangxing was taken to Baoding prison from the Intensive Care Unit in the hospital. Mr. Zheng's wife, Ms. Sun Suyun, has been going to the prison and asking to have him bailed out so that he could get adequate care, as he was on the brink of death. Authorities from Baoding Prison refused to release him and also denied her visitation, giving her poor excuses. 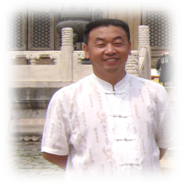 On the morning of March 7, Mr. Zheng's wife and son came to the prison again and talked to the deputy head of the prison, Fan Jianli. Fan said they had to talk to someone from the Procuratorate's Office at the Prison. When Ms. Sun Suyun and her son came to the office to inquire about Mr. Zheng's situation, Li Zhendong from the office interrupted them. He rudely asked, "What's your purpose of coming here?" They replied:"We wanted to know what the procuratorate's ruling is on this." Li said very casually:"We have done our investigation on it. We didn't see any evidence to suggest that guards have either beaten, or mistreated Mr. Zheng physically or mentally.” When they asked for a written reply, Li simply said, "We don't have it".

Sun Suyun was very upset by the fact that people from the procuratorate and prison had both lied to her. Her husband was seriously ill, and she felt helpless. This mental anguish caused her to have a heart attack, and she was taken to Baoding Hospital for treatment.

Mr. Zheng had been tortured, resulting in the the left side of his skull being fractured at Baoding Prison. Without informing his family, authorities from the prison operated on his head. As a result, he lost vision in both eyes, had problems with memory, was incontinent and lost control of his bowels. Shi Zhiyong, the person in charge of the Prison Certification Division, insisted that they were not responsible. He insinuated that Mr. Zheng's injuries were a result of his falling down in prison. However in the video provided, Mr. Zheng fell on his hip and then the back of his head. This does not explain the serious injury he sustained to the left side of his head.

In prison, he was not treated in a timely fashion, endangering his life.

At 9 a.m., on February 25, Mr. Zheng's wife and son came to Baoding Prison again in order to have Mr. Zheng transferred to another hospital for better care. By 10 a.m. no one had talked to them. They were very worried, and brought to tears. Finally they went to the ward to visit Mr. Zheng. He did not look well. Family members tried to help by informing the president of the hospital affiliated with Baoding Prison that he was looking worse every day. They also said it was clear to them that they were not even feeding him adequately. Hou said:"As long as his life is not endangered, we will not transfer him out of here." Once again family members tried to intervene, asking for a doctor to examine him. They were told that only a doctor from the Baoding region could examine him, not Beijing. They were warned that they could not tell them what to do. Then they were told they could only visit for another week, after that, visitation would be cut off for them. At 4 p.m. three doctors came to examine Mr. Zheng. There was a brain surgeon (Jia Tongle) of Baoding Central Hospital, Director of Ophthalmology (Zhang Yueling), and a doctor from the prison rehabilitation center. After an hour, one of the doctors declared that there was no reason to transfer him. He tried to explain his decision with the excuse that all patients have risks, whether it is heart failure, lung failure, or whatever!

Mr. Zheng, a 45-year-old, once strong man, after being held at Baoding Prison for a couple of months, was tortured and mistreated to the point of being emaciated. One eye was swollen shut, bruises covered his body, he was a mere skeleton of his former self. His family hardly recognized him anymore. Mr. Zheng's wife and son were pushed around by people from Baoding Prison, and given excuse after excuse. Seeing their loved one's life endangered, they are extremely worried, and deeply depressed. They have done all they can and now hope that just people from all walks of life will reach out to help save Mr. Zheng and his family.

Wang Jianli, person in charge of Baoding Prison, his badge: 1302001

“A Letter to Those Overseas Practitioners Who Have Developed Crooked Understandings”