Another Petition with Over 4,000 Signatures Calls for the Release of Mr. Zheng Xiangxing and for the Responsible Parties to Be Brought to Justice (Photos)

(Minghui.org) Mr. Zheng Xiangxing is the owner of Xingyun Home Appliances at Farm No. 10 in Tanghai County, Hebei Province. He was arrested by local police on February 25, 2012 for speaking the truth about the persecution of Falun Gong. On May 29, the Tanghai County Court sentenced Mr. Zheng to ten years in prison even though the prosecutors were unable to respond to the defense delivered by Mr. Zheng's two lawyers. He was sent to Baoding Prison on August 8. Mr. Zheng had a brain hemorrhage in prison on October 26 and was sent to the No. 1 Central Hospital in Baoding the next day. He underwent two brain surgeries, and a portion of his brain tissue was removed. After the hospital ran several CT tests, it was believed that the majority of his brain cells were dead, but then Mr. Zheng miraculously woke up. It was said that personnel at Baoding Prison stated, “Everything would have been easier if Zheng Xiangxing had died.” Not long after, it was learned that the prison officials planned to transfer Mr. Zheng to a prison hospital even though he was still in critical condition.

More and more people are learning of the course of events that took place from the time Mr. Zheng was arrested to his current condition. They have expressed their anger and volunteered their support. They have written letters to the local court three times, asking for Mr. Zheng's release on medical bail. Five hundred and sixty-two people signed the first letter. In August, over 3,000 people from about 20 towns in four counties signed a petition calling for the unconditional release of Mr. Zheng. Most recently, several thousand people have a signed a petition asking for Mr. Zheng's release, as well as for the responsible parties to be brought to justice.

On October 26, 2012, Mr. Zheng suffered a heavy blow to his head in Baoding Prison, and was sent to the No. 1 Central Hospital in Baoding with a fracture on the left side of skull. He underwent two brain surgeries. According to the physician who treated Mr. Zheng at the hospital, Mr. Zheng had severe brain tissue damage due to the heavy impact of the blow. During the operation, physicians saw that Mr. Zheng's brain tissue was mixed with blood, and thus they had to remove the brain tissue in the area of the brain responsible for language, vision and memory.

The explanation sent from Baoding Prison to Mr. Zheng's family was that he fell while using the toilet. However, from the surveillance video, Mr. Zheng's family saw that he was so weak that he could not support himself. When he fell, his buttocks touched the floor first, then the back of his head, and he lay on his side after the fall. Mr. Zheng's head touched the floor slowly, and the family questioned the possibility of how such a light impact could cause a fracture to the skull. If there were a fracture, it should have been at the back of the skull, not the left temple area.

The hospital did many CT scans on Mr. Zheng and believed that the majority of the brain was dead and that his chances of survival were slim. However, a miracle happened, and not only did Mr. Zheng regain consciousness, but his cognitive ability is within normal range, his memory is recovering, and he is able to open an eye. This continued improvement was wholly unexpected by the Baoding Prison authorities. The prison then made plans to transfer Mr. Zheng to a prison hospital even though he is still in critical condition. His family believes that Baoding Prison wants to cover up their crime and attempt to murder Mr. Zheng.

Citizens stand up against the persecution

The act of persecuting an innocent citizen by the Chinese Communist Party (CCP) government has provoked resentment from the people. By December 15, another 4,011 citizens from Tangshan and surrounding areas signed the petition demanding the release of Mr. Zheng. Those who signed the petition included government officials, students, and farmers. Some people had tears in their eyes when they signed and expressed indignation about the CCP's persecution of Falun Gong. Some people asked in disbelief why Mr. Zheng had not been released. In one county, 809 citizens wrote a “Citizens' Opinion and Aspiration” and asked for Mr. Zheng's immediate release.

809 citizens in one county wrote “Citizens' Opinion and Aspiration” 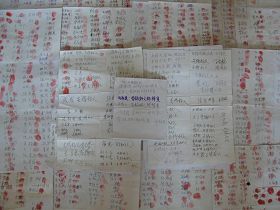 Some of the 4,011 signatures from Tangshan and surrounding areas

An upstanding citizen is persecuted

Mr. Zheng is the owner of a home appliance store at Farm No. 10 in Tanghai County. He and his wife never sell counterfeit goods and they provide full service to their customers, such as installing televisions. Their integrity has earned them a very good business. The locals highly recommend Mr. Zheng's store when it comes to buying electric cars and refrigerators, and people can rest assured when making a purchase at his store because of his honesty and service.

At around 6 a.m. on February 25, 2012, chief Li Fuguo of the Tanghai County Domestic Security Division, the chief of Farm No. 10 Police Station, and a dozen policemen came to Mr. Zheng's home. A female police officer pretending to be a customer asked Mr. Zheng to fix her electric car. Mr. Zheng was arrested after he opened the door. During the arrest, a group of police went through Mr. Zheng's store and stole merchandise.

Five hundred and sixty-two local citizens signed a petition letter asking for Mr. Zheng to be released. This petition caused major reactions both inside and outside of China. After learning that Mr. Zheng was in critical condition, over 1,200 people from eight townships in two counties in Tangshan and Qinhuangdao signed another petition letter asking for his release. Facing the government's refusal to release him, 979 citizens from six townships in Tangshan signed a petition again asking for Mr. Zheng to be released.

The last petition is different from the previous one, as the persecution of Mr. Zheng at Baoding Prison has caused more people to be more sympathetic toward Falun Gong practitioners. In this petition, people are calling for the responsible parties to be brought to justice. Some have even publicly supported Falun Gong. As of now, over 7,000 citizens have signed petitions for Mr. Zheng. 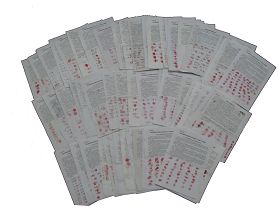 “Petition to Save a Life”

Baoding Prison wants to bring critically injured Mr. Zheng back to prison, in a suspected criminal coverup. Above is the “Petition to Save a Life” to prevent the prison's possible murder attempt of Mr. Zheng.

Please extend a helping hand and ask the relevant agencies to immediately release Mr. Zheng, compensate him and his family for damages, and bring the responsible prison personnel to legal justice.