Artists, Musicians, and Poets Persecuted for Their Belief in Falun Gong (Part 3)

Falun Gong (also known as Falun Dafa) is an advanced practice of self-cultivation based on Buddha School teachings, founded by Mr. Li Hongzhi. Since its introduction in 1992, it has spread to over 100 countries, and many people have experienced significant health improvement after taking up the practice.

According to information published on the Minghui website, at least 9 artists have died, 75 were arrested, among whom 50 were sentenced to forced labor camp or prison. The following report represents a small number of the cases that have been published.

Mr. Li Guangwei was famous for his Chinese calligraphy and painting. He started practicing Falun Dafa at the end of 1998 after he had come down with a serious illness. Soon after he took up the practice, his health improved greatly. 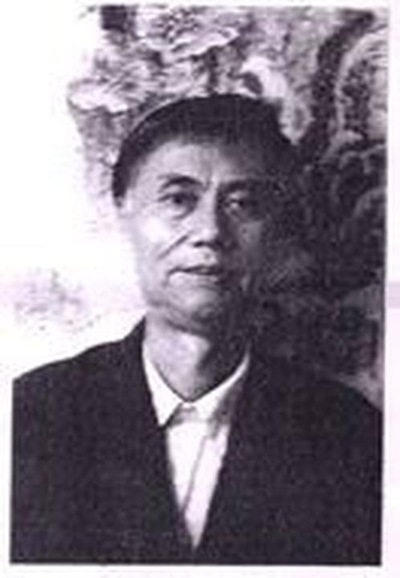 The police ransacked his home and confiscated his Falun Gong books and exercise tapes after the persecution started in July 1999. Mr. Li, who was badly wounded during the Culture Revolution, was petrified. He had a relapse of his old illness. He wrote his experience of cultivating in Falun Dafa and sent it to his fellow painters. Because of that, he was monitored and followed whenever he left his home.

Mr. Li told his family that he wanted to take a walk, and would be back shortly on July 25, 2005, but he never returned. His family searched everywhere for him, and also reported his disappearance to their local police station. However, authorities refused to help them for the simple reason that Mr. Li practiced Falun Gong. Moreover, they even threatened his daughter by saying “be sure not to get yourself in trouble.”

Mr. Wang Mingyue and Mr. Jin Xiaohui were arrested on July 8 and 9, 2008, respectively. They were incarcerated in the Tuanhe Forced Labor Camp in Beijing for two years.

Mr. Wang Mingyue, a renowned oil painter, was born in Beijing in 1962. He graduated from the Central Academy of Fine Arts, where he specialized in oil painting. Mr. Wang started practicing Falun Gong in 1996 and greatly benefited from it physically and mentally. He continued to diligently practice Falun Gong even after the CCP launched it persecution in July 1999. 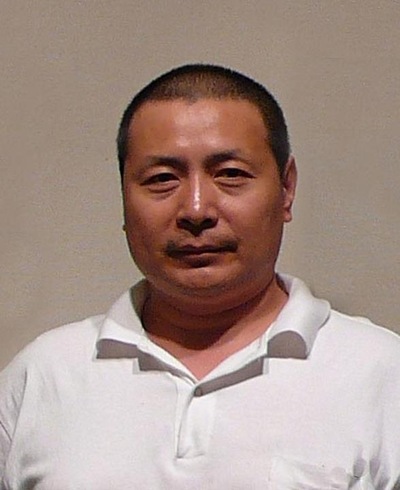 On the morning of July 9, 2008, police officers from Dongcheng District of Beijing broke into Mr. Wang's home, ransacked it and arrested him. Mr. Wang Mingyue was taken to the Dongcheng District Beijing Detention Center and held for one month. He was then illegally sentenced and incarcerated in the Tuanhe Forced Labor Camp. Mr. Wang was in very good physical condition before his arrest, but now, according to a witness from the labor camp, he looks emaciated. 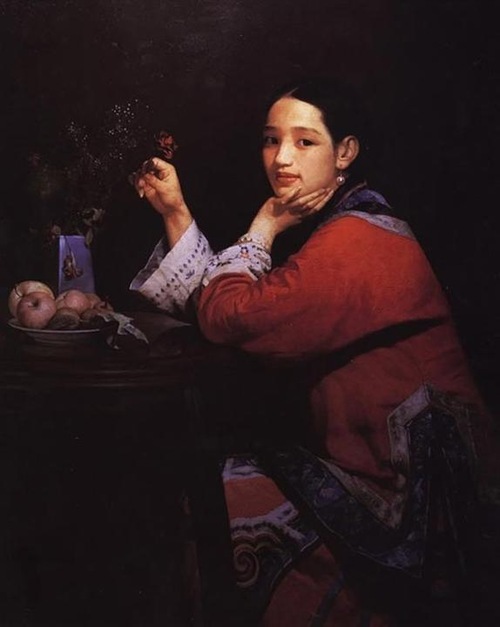 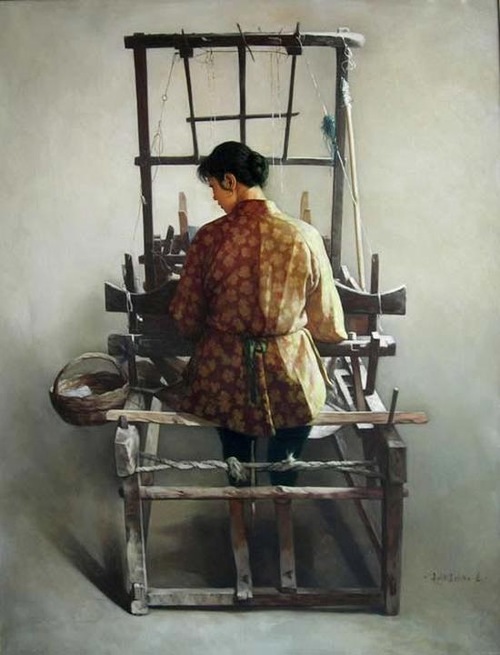 Mr. Wang Mingyue's artworks have been shown in many exhibitions, both at home and abroad. Most of his artworks have been privately sold or become part of museum collections. In 2000, he was invited to paint a portrait of the former Prime Minister of England – the late Sir Edward Heath – as well as to participate in the Cultural Art Exchange. In 2004, he was again invited to England to hold an art exhibition called the “Soul of Dream Flower.” All of his paintings were sold on the opening day of the exhibition. On October 15, 2004, he exhibited one of his paintings, called “Seeks Spring,” at the International Artistic and Literary Realism Oil Painting Exhibition “Goes the Same Way,” which earned him international acclaim.

Mr. Jin Xiaohui, a photographer, is a very good friend of Mr. Wang. He was arrested the day before Mr. Wang's arrest. He was then transferred to the Tuanhe Forced Labor Camp in Beijing after being detained in the Dongcheng Detention Center for a month. 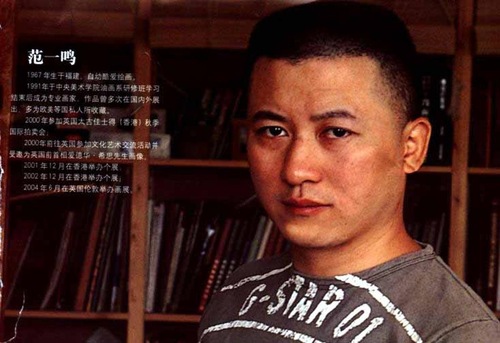 Mr. Fan Yiming, born in Fujian Province, China, in 1967, is known as a kind and honest man. He loved to paint since he was very young. Mr. Fan graduated with a major in oil painting from China Central Academy of Fine Arts in 1991, and became a professional artist. The majority of his artworks were purchased by American and European collectors. In 2001, he was invited to the U.K. to do a portrait of former British Prime Minister Edward Heath.

On July 8, 2008, Mr. Fang was on his way home from school with his eight-year-old son when officers from the Andingmen Police Station in Dongcheng Precinct arrested him and gave him a two-year forced labor camp term. 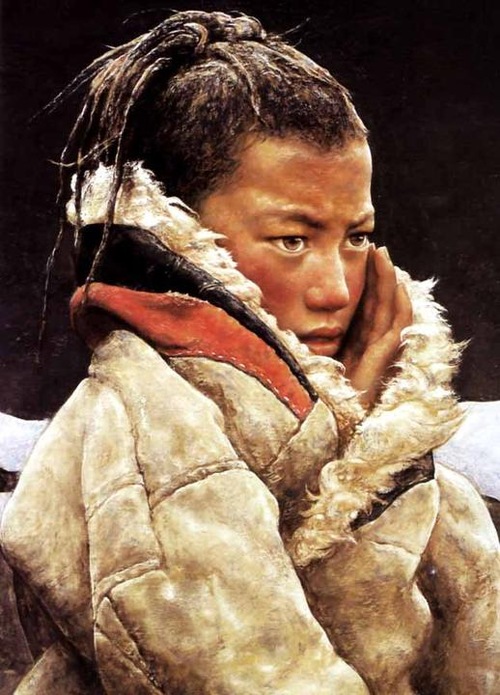 A partial view of "Snow Falling"

Mr. Liu Xitong was illegally imprisoned twice in a forced labor camp for practicing Falun Gong, once in 2003 for 3 years and another for 4 years in 2008. He was tortured in the labor camp, including being tied up with a rope for 80 days, and deprived of sleep for over 10 days. He lost consciousness more than 50 times from beatings and electric shocks. 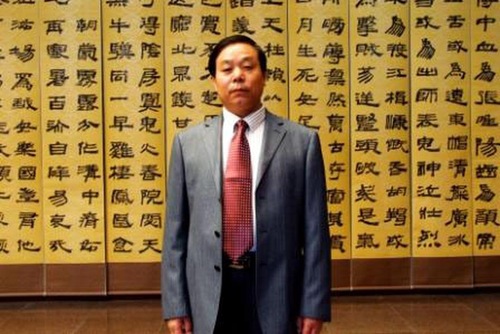 Mr. Liu is a famous calligrapher in Qingdao City and a member of the Chinese Calligrapher Association. Mr. Liu had held many successful and well-received personal calligraphy exhibits around the country.

Ms. Qi Bingshu, Over 60 Years Old, is the granddaughter of the famous painter, Mr. Qi Baishi. She, herself, is also a well-known painter. Before she began practicing Falun Gong, Ms. Qi was diagnosed with illnesses, as well as a serious bleeding problem. Her face was always as white as paper and she was frequently bedridden. After she started practicing Falun Gong, she recovered from all her diseases.

On April 25 1999, Ms. Qi stood in the first row of practitioners who went to Zhongnanhai (Chinese central government compound) to appeal to the government. She stood for the whole day without eating, drinking, or even sitting down.

After July 20, 1999, she was repeatedly arrested for refusing to give up her belief. Her brother took her to the Daliushu Mental Hospital in Dabeiyao Town, the Chaoyang District in Beijing. The doctors in the mental hospital said that she had a "Qigong mental disorder" and injected her with unknown drugs. They also claimed that she couldn't be released until the “incident” with Falun Gong was over. She was taken to the Xin'an Forced Labor Camp a year later.

During her incarceration, police and guards forced her to paint. They then sold the paintings and pocketed the money. Before Ms. Qi was detained, she looked just over 40 due to practicing Falun Gong. Since she's been illegally detained and tortured, her hair has turned completely white and her hands constantly shake, making it extremely difficult for her to paint.

Mr. Tu Teng, whose given name is Tu Songshan, is the president of the Chinese Laureate Poetry Society. He was arrested for speaking to people about Falun Gong at a cafe near Giant Wild Goose Pagoda in Xi'an City, Shaanxi Province, on August 13, 2012. He was then taken to a forced labor camp where he was imprisoned for one-year-and-one-month.

Mr. Tu is a poet and writer. He was born in 1978 in Henan Province and lived in Weiyang District, Xi'an City, Shaanxi Province, prior to his arrest. He founded China's Laureate Poetry Society in 2007, with the goal of conducting cultural research, public education, academic exchanges, and producing publications. He has organized 10 poetry seminars and many other writing seminars in Xi'an. Devoted to culture-related public services, he is highly respected in Xi'an's art and academic communities.

“Eighty-Year-Old Woman Hit by a Car Is Unhurt”