Imprisoned Man on Hunger Strike for More than 3.5 Years to Protest Against Persecution of His Faith

(Minghui.org) Mr. Zhou Xiangyang has been on a hunger strike for more than 3.5 years since his arrest in March 2015 for practicing Falun Gong, a spiritual discipline persecuted by the communist regime since 1999.

He was sentenced to seven years in prison in December 2016 and is serving his term at Binhai Prison in Tianjin, where he is wheeled to the prison hospital to be force-fed every day.

The long term hunger strike and physical torment from force feeding have left this 45-year-old man debilitated and shattered. 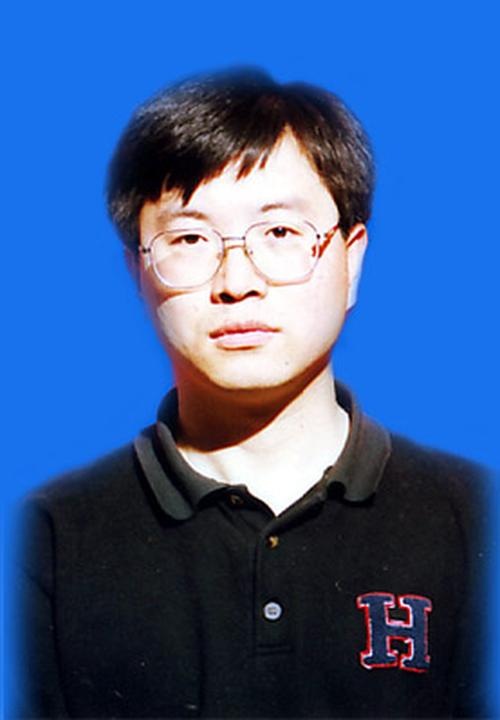 Mr. Zhou was one of the first modern cost engineers in China and had a promising career at the Tianjin Third Railway Exploration and Design Institute. His aspirations, however, were crushed when the communist regime launched the nationwide persecution of Falun Gong in 1999 that left him imprisoned during his prime years for refusing to renounce his faith.

Prior to his 2016 sentence, Mr. Zhou had served nine years in prison for his faith and was subjected to barbaric torture, including electric shock, sleep deprivation, and beatings. By the time he was released on medical parole in 2009, he was only 90 lbs, incontinent, and unable to walk.

While he was imprisoned, his fiancée, Ms. Li Shanshan, worked tirelessly to rescue him, but ended up becoming the police's target herself.

The young couple finally got married in 2009 after decade long separation. They didn't enjoy their days together for too long before both of them were seized by police on March 5, 2011. They spent the next two years apart, trying to rescue each other from imprisonment.

Their ordeal continued when the police arrested both of them again on the morning of March 2, 2015, barely two years after their reunion.

This time, Mr. Zhou was given seven years and Ms. Li, six years. Their appeals were soon rejected by the intermediate court and they began to serve their terms separately at Binhai Prison and Tianjin Women's Prison since early 2017.