(Minghui.org) The second hearing in the trial of a young couple in Tianjin was finally held on September 13, 2016, after months of repeated delays by the Dongli Court.

Mr. Zhou Xiangyang and his wife, Ms. Li Shanshan, were charged with using a cult to undermine law enforcement, a standard pretext used by the Chinese communist regime to frame and imprison Falun Gong practitioners. 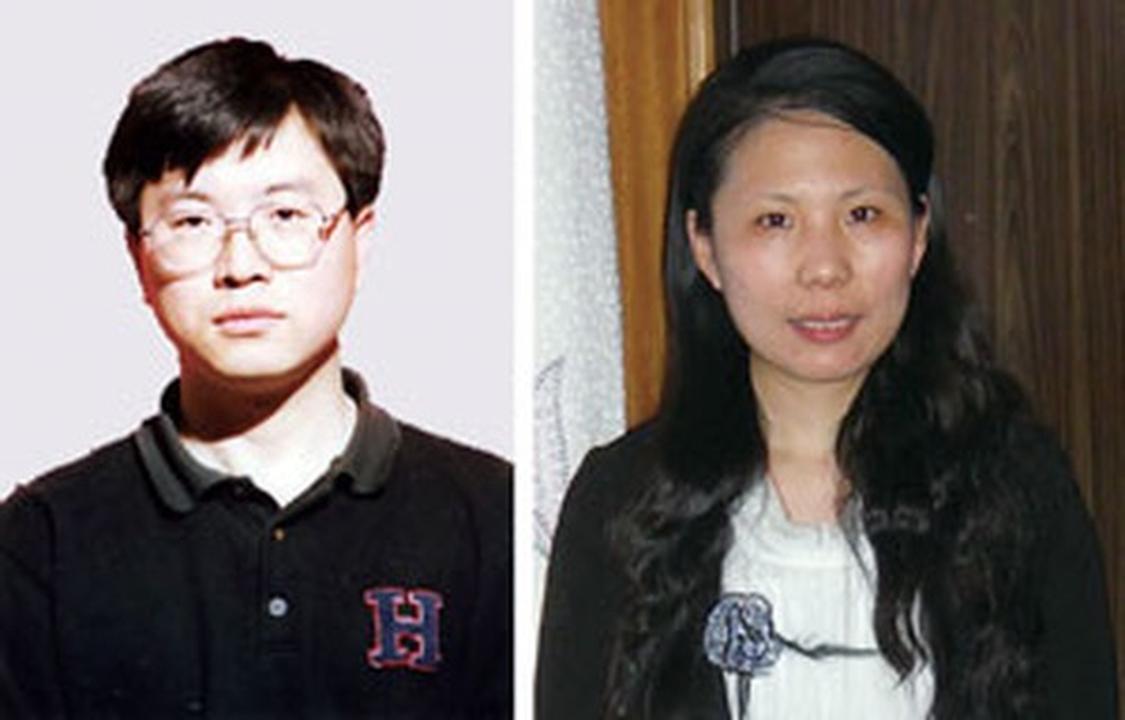 The couple was arrested on March 2, 2015, barely two years after they were reunited following a decade-long separation. Simply for refusing to renounce Falun Gong, Mr. Zhou was imprisoned for nine years, and Ms. Li served more than three years in forced labor camps before the couple’s reunion.

The four lawyers representing the couple argued that no law in China criminalizes Falun Gong and that their clients should never have been prosecuted for exercising their constitutional rights to freedom of belief. They demanded the couple’s acquittal, but the judge ended the session after seven hours without issuing a verdict.

The couple first appeared in court on November 30, 2015. Ms. Li’s lawyer wasn’t able to make it that day, and Mr. Zhou’s lawyer was repeatedly interrupted by judge Zhang Yaling while trying to present his defense argument.

Mr. Zhou wanted proper legal representation for both his wife and himself, so he decided to drop his lawyer in the middle of the hearing. By law, the presiding judge is required to halt the hearing, allow the defendants to hire new lawyers, and have a new hearing on a later date.

Judge Zhang, however, proceeded with the hearing.

The couple filed a complaint against judge Zhang a month later, and Dongli Court agreed to grant them a second hearing. Judge Zhang, however, kept delaying the new court date, most recently a month and a half before the eventual hearing.

Mr. Zhang Zanning, one of the couple’s new lawyers, had already arrived in Tianjin on July 31 of this year when he received a phone call from judge Zhang. She informed him of the sudden cancellation of the hearing set for August 2.

Mr. Zhang protested the repeated delays and argued that, by law, his clients should be released on bail. His request was turned down.

Mr. Zhou and Ms. Li were driven to the courthouse in two police vehicles on September 13. Judge Zhang still presided over the second hearing.

The trial was supposed to be open to the public, but only four family members were allowed inside the gallery.

While the couple’s respective mothers attended the trial, Mr. Zhou’s father was not allowed inside. He had traveled several hundred miles from his hometown to Tianjin but didn’t get to see his son, whom he hadn’t seen for more than a year. 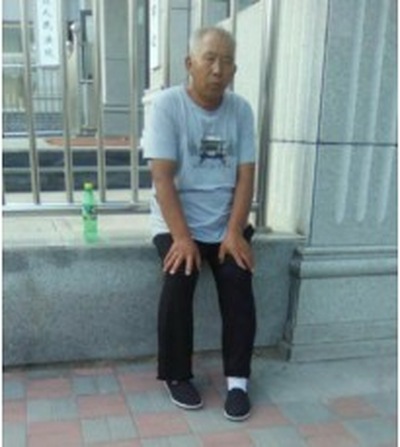 The courthouse was heavily guarded on the 13th, with more than 100 uniformed and plainclothes officers patrolling in the vicinity of the courthouse. 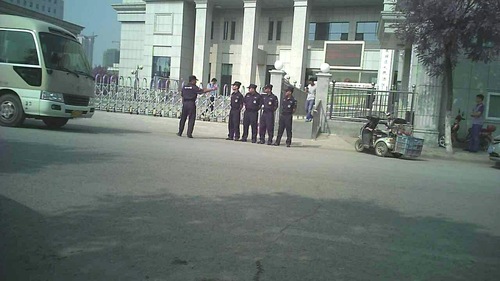 Police officers outside the courthouse 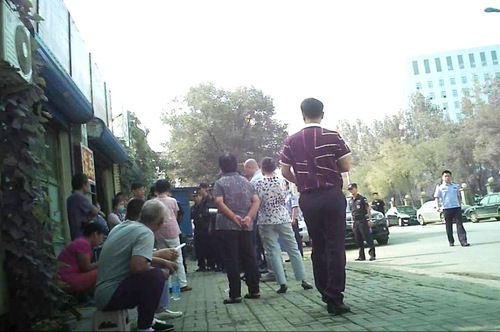 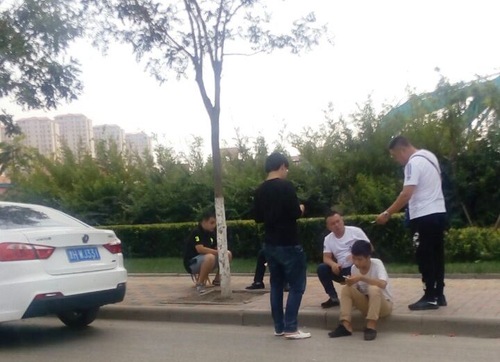 Many people, including folks from the couple’s hometown in Hebei Province, came to show support. Because they were barred from attending the trial, they waited outside during the proceedings.

The police tried to drive them away. They surrounded an elderly man and his grandson to intimidate them. The boy was so frightened that he collapsed. A Falun Gong practitioner, who was also there, scolded the police and stopped them from further harassing the child and his grandfather.

One practitioner was arrested for taking pictures of patrolling police officers. She wasn’t released until the hearing was over.

Both Mr. Zhou’s and Ms. Li’s mothers were impressed with the lawyers’ defense and their daring to enter not-guilty pleas. The two mothers presented flowers to the lawyers at the end of the hearing. 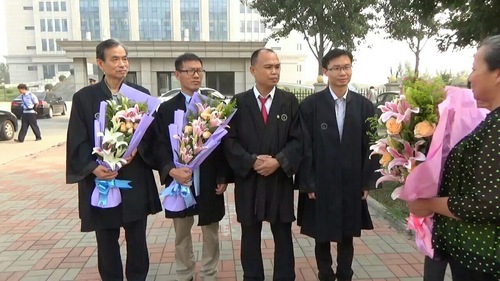 “Bureau Director Advises Subordinate Not to Join the Communist Party”