Home > Persecution > Deaths Due To Persecution > Reports of Death Cases
Army Major Dies of Abuse While Serving Second Prison Term for His Faith
Aug. 14, 2017 | By a Minghui correspondent in Gansu Province

(Minghui.org) An army major in Lanzhou City died on July 1, 2017 while serving six years for refusing to renounce Falun Gong, a spiritual discipline being persecuted by the Chinese communist regime.

Mr. Wang Youjiang, 48, had been subjected to various forms of abuse since his admission to Lanzhou Prison on March 17, 2014. He was often beaten, shocked with electric batons, ordered to do hard labor without pay, forced to stand for long periods of time, deprived of sleep and use of restroom, and denied family visits and the ability to purchase items from the prison commissary. Sometimes, the prison guards only gave him one steamed bun and one cup of water each day for days on end. 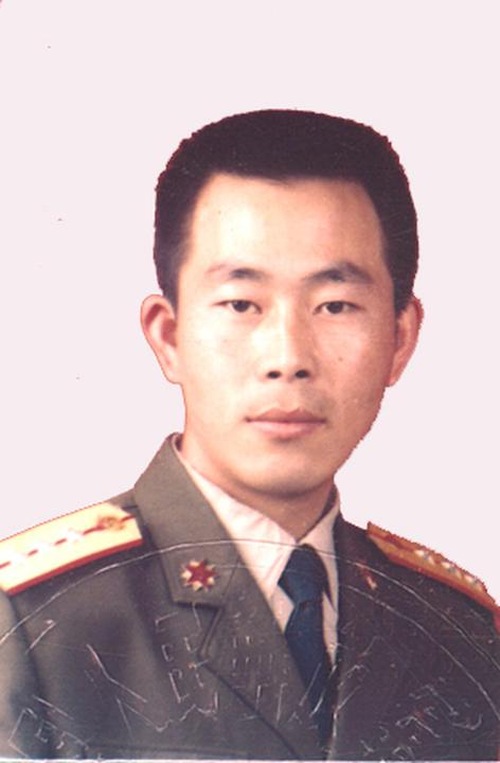 When Mr. Wang protested the inhumane treatment, he was placed in solitary confinement and had inmates monitoring him around the clock. He wasn’t allowed to communicate with any other detainee.

The long-term abuse took a toll on Mr. Wang’s health. He had a brain hemorrhage on July 2, 2015 and was rushed to the local hospital. The prison authorities didn’t inform his family until the hospital issued a notice of his critical condition ten days later.

A team leader in charge of Mr. Wang deceived his family into signing a consent form by promising them a visit with Mr. Wang. His family signed the form but was never allowed to see their loved one in the hospital. They learned later that the left side of Mr. Wang’s body became paralyzed after the stroke and that he was totally incapacitated.

Mr. Wang’s father received a phone call from the prison on June 24, 2017, informing him that Mr. Wang had just had a massive hemorrhage. The elderly man rushed to the hospital, only to see his son die one week later.

Mr. Wang’s untimely death was preceded by a prior decade-long imprisonment and torture for his faith. The former lieutenant commander of the Lanzhou City Military Command Communications Department began his practice of Falun Gong in 1998. When the Chinese regime started its campaign against Falun Gong one year later, he never shied away from telling people about the persecution and its illegality.

His efforts to seek justice for Falun Gong landed him in police custody on multiple occasions. He was sentenced to 10 years in prison on July 3, 2001 and suffered brutal torture during his incarceration.

By late 2004, Mr. Wang’s hands began to lose feeling, and his neck became stiff. He couldn’t walk and remained bedridden. He was diagnosed with ankylosing spondylitis (an inflammatory arthritis affecting the spine and large joints). The guards would rush him to the hospital when his condition worsened but took him back to prison as soon as he got better.

When Mr. Wang was released on January 9, 2011, he was able to walk a little but remained disabled with a deformed spine and stiff neck. He still managed to read Falun Gong books and saw his health improve.

The local police never loosened their grip on Mr. Wang. They repeatedly harassed him at his home and monitored his every move. Officers arrested him again on April 28, 2012, and the local court tried him on November 24, 2012 without informing his family or lawyer. His family protested the authorities’ violation of legal procedure, but their complaints received no response.

Mr. Wang was sentenced to six years in prison on September 24, 2013 and sent to the same prison where he spent his first incarceration. The guards subjected him to the same kinds of torture, which eventually robbed him of his life.

Recent Information on Mr. Wang Youjiang, a Former Squadron Leader Who Was Sentenced to 10 Years