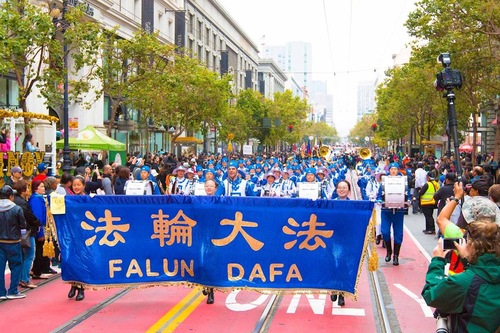 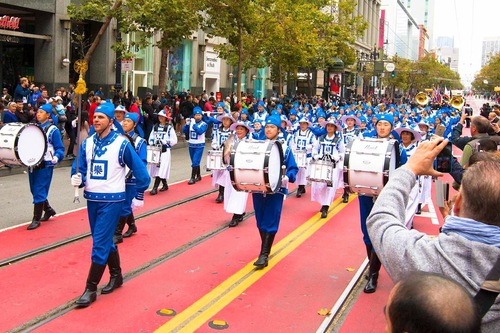 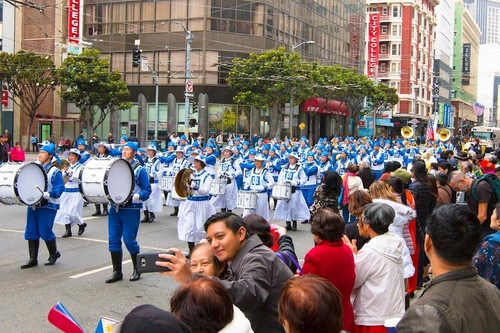 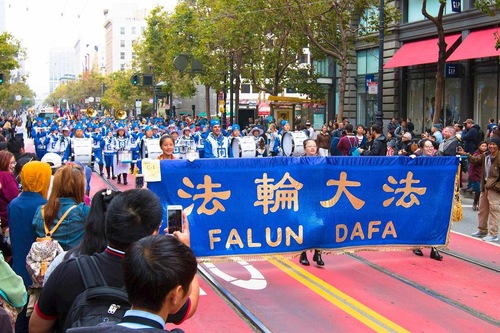 The parade set off at 11:00 am from the Civic Center and ended at Yerba Buena Gardens.

The conductor of the Tian Guo Marching Band, Abraham, said the band often participates in multicultural events in the Bay Area. “I can tell that we gave the audience pretty deep impressions. They warmly greeted us when we passed by,” Abraham said.

John Espiritu, an organizer of the event, said of the Falun Gong entry, “We love them. They always bring energy to us. It was my honor to invite them to this parade.”

Gerard Talampas, another organizer, was glad to see such a large-scale Chinese entry in the parade. “The performances were excellent. Very successful,” he said.

In addition to introducing Falun Gong’s principles of Truthfulness-Compassion-Tolerance, the practitioners also informed the audience of the brutal persecution of the spiritual practice in China, including the state-sanctioned killing of practitioners for their organs.

Fahad, an American Filipino, was shocked by the news. “This is so inhumane and brutal. Everybody should have the freedom of belief. This is a basic human right,” he said.

Fahad said he had never heard of the persecution before, adding, “This is very important for everybody to know. Thousands of people are being tortured, and their organs were forcibly harvested. The whole world should know about it.”

Fahad's girlfriend, Farid, agreed, “I've been to China. People don't have freedom there. They are under the governance of the Communist Party.” She encouraged the practitioners and said, “You are exposing the dictatorship of the Party.”

Mary applauded the band and said, “I support you. I support your peaceful resistance. I am very happy to see the positive, uplifting, pleasant, and entertaining group in the parade. I hope more people will see your flyers.”