(Minghui.org) A 65-year-old woman in Shanghai died about nine months after she was released on medical parole while serving 6.5 years for refusing to renounce Falun Gong, a spiritual discipline being persecuted by the Chinese communist regime.

Ms. Bai Gendi’s family suspected that her death was a direct result of her being drugged and tortured in prison. She told her loved ones after her release, “They want me to die so I can no longer save people.” By “save people,” Ms. Bai meant to inform the public of the persecution of Falun Gong. 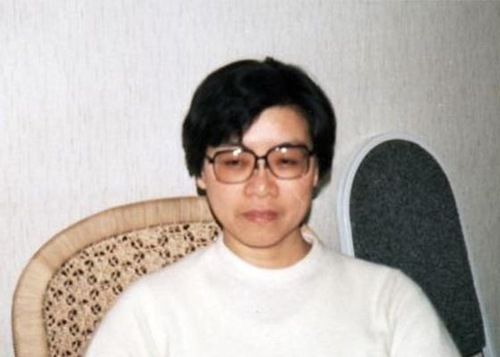 As no law in China criminalizes Falun Gong, Ms. Bai never wavered in her faith or stopped talking to people about the persecution. For this, she was forced to pay dearly. Prior to her latest imprisonment, she had already been twice put in forced labor camps for a total of 5 years and once given a prison term of 4.5 years.

Ms. Bai was subjected to torture and abuse the moment she was transferred to Shanghai Women’s Prison in mid-2013.

Things took a turn for the worse on August 24, 2016, when she was rushed to the ER and hospitalized for several days. The prison authorities claimed that she fell off a chair and thus had a gash on her head. Her family noticed the cut appeared more like a surgical incision than an accidental wound. They asked to see surveillance video but were denied.

Ms. Bai told her family what happened to her after she was released on medical parole. The day before her ER visit, the guards moved all her cellmates to another location. She ate breakfast alone the next morning. She soon felt dizzy and lost consciousness. By the time she came to that evening, she was already in the hospital.

Ms. Bai had no doubt that she had been drugged. Years ago, when she was incarcerated at the same prison, she had heart palpitations and felt dizzy after every meal. A kindhearted monitor later told her that her food was laced with drugs.

This time, Ms. Bai paid special attention to the food given to her. Each inmate was given an individual lunch box, but the rice and soup were in big pots for everyone to scoop up. She noticed that she felt very uncomfortable every time she ate her individual portion of food, so she stopped eating it and had only rice and soup. Then, her symptoms disappeared. She tried this many times and experienced the same thing each time.

Ms. Bai suspected that the guards had added a heavy dose of drugs in her breakfast that day, as she felt much more uncomfortable and ill than before.

Ms. Bai had acute headaches on September 30, 2016 and was rushed to the ER. Her condition kept deteriorating after she was discharged the next day. She sometimes mistook her home as the prison and had trouble eating. Her family suspected that she might have thought the homemade food was the same prison food laced with drugs.

She had another episode of headaches on November 30, this time accompanied by twitches on her face. She was hospitalized for two weeks.

A third episode took place on December 28, and she fell into a coma. She was moved to a rehabilitation hospital on January 7, 2017. She regained consciousness three days later, and her family heard her repeating the same words, “They want me to die so I can no longer save people.”

Ms. Bai slipped back into a coma soon afterwards. Five people from Shanghai Judicial Bureau came to talk to her doctors for about 30 minutes on February 22, 2017. One of the agents tried to record video of her but was stopped by her family.

Formerly Healthy Ms. Bai Gendi on the Verge of Death

Ms. Bai Gendi Released from Prison After Four and a Half Years of Torture

“Rediscovering the Enthusiasm of When I First Started Cultivating”