Forced Organ Harvesting in China: From Disbelief to Books, Documentaries and Resolutions

(Minghui.org) “Frankly, I didn't believe what they [Falun Gong practitioners] said [about forced organ harvesting in China], as I follow what happens in the world and I hadn't heard about any of this. The whole issue was quite frightful...”

Peter Westmore, president of the National Civic Council, a grassroots political organization in Australia, wasn't alone in doubting the stories of forced organ harvesting that were coming out of China. Yet despite his initial disbelief that the Chinese regime would harvest organs from prisoners of conscience (the majority of whom are Falun Gong practitioners), he is among the many who, over the years, became convinced of the existence of the crime.

As Mr. Westmore recalled, if the accusation of organ harvesting was true, then, “There had to be a big transplant industry in China.” His curiosity stirred, Mr. Westmore began to do a little investigation on his own. His online research came up with consistent information: “English websites appeared advertising transplants at China's hospitals aimed at the English speakers and other foreigners. They claimed that the transplants would be done immediately and if anything went wrong with the transplant, then another would be offered within two weeks!”

“Now to do that, you have to kill people!” Mr. Westmore thought. This chilling realization led him to believe that what he'd heard from Falun Gong practitioners may indeed be true. He obtained a copy of an investigative report written by David Matas and David Kilgour, renowned human rights lawyer and former Canadian Secretary of State for the Asia Pacific region respectively, who had conducted comprehensive independent investigations into the organ harvesting allegations.

According to Mr. Westmore, the report “Conclusively showed that there was indeed a murderous, well organized process which resembled more like a production line and included the full involvement of many arms of government. It had to involve the police, the people running the hospitals, the people running the prison system, all in a line to kill Falun Gong practitioners.” 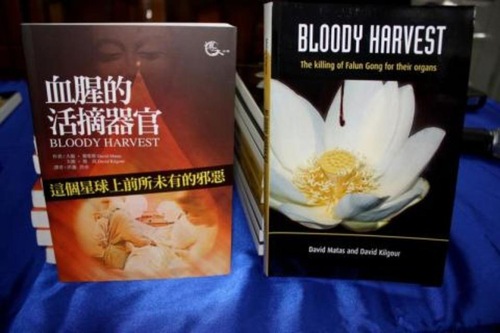 The investigative report later was expanded and republished as a book in October 2009: Bloody Harvest: Organ Harvesting of Falun Gong Practitioners in China. Based on several years of extensive research, the book concludes that organ harvesting is “…a disgusting form of evil which, despite all the depravities humanity has seen, was new to this planet.”

The exposé of China's state-sanctioned organ harvesting of Falun Gong practitioners began to get the attention of medical professionals. Some doctors had encountered patients who obtained organ transplants in China from undocumented sources. The pieces of the puzzle were beginning to fit together.

Another book, State Organs: Transplant Abuse in China was published in July 2012 by Doctors against Forced Organ Harvesting (DAFOH), a professional organization founded in the wake of increasing news of people being killed on demand for organs in China. The book compiles a variety of investigation leads. 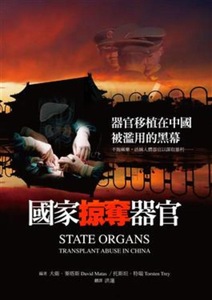 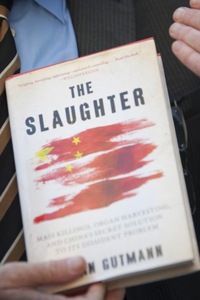 The Slaughter, the latest book on this subject, was published in August 2014. The author, China expert and journalist Ethan Gutmann interviewed 100 witnesses over the course of his own extensive investigation. The interviewees include Falun Gong practitioners who have managed to flee China and people in the Chinese Communist Party system such as employees of labor camps, hospitals and the notorious 610 Office.

Eight years after forced organ harvesting was first exposed in 2006, it is no longer just an allegation. It is a confirmed crime that the worldwide community has come to acknowledge and condemn. Beside extensive written documentation, several films have been produced drawing awareness to the atrocities, and even more importantly, governments and other organizations around the world have taken note and have initiated resolutions to bring an end to this crime against humanity.

Since 2006, six resolutions or motions from the European Parliament, the Italian Senate, the Illinois State House, the Australian Senate, the Irish Parliament Foreign Affairs and Trade Committee, and the Medical Society of Virginia have been passed to condemn the organ harvesting crimes.

Davids and Goliath, a new documentary about organ harvesting from living Falun Gong practitioners in China, was recognized as the Best Documentary Feature at the 2014 Hamilton Film Festival in November. The official trailer is available for viewing here.

“Party Policy vs People's Conscience: What Do Community Bulletin Boards in China Tell Us?”

“From a Buddhist Monk to a Falun Gong Practitioner”