(Minghui.org) A bill introduced in the Canadian Parliament on December 6, 2013, proposes to sanction all persons knowingly involved in organ harvesting. Canadian citizens as well as foreigners on Canadian territory will be subject to the law. The legislation will establish a list of individuals believed to have engaged in organ harvesting, and will require documentation of the source of the organs used in transplant operations.

This bill will directly impact Canadian immigration laws, as persons believed to have participated in organ harvesting anywhere in the world will be prohibited from entering the country.

Hon. Irwin Cotler, a longstanding Member of Parliament what has served as Canada's Minister of Justice and Attorney General, was the initiator of the bill. He credits the work of David Kilgour (a former Member of Parliament) and David Matas (a human rights lawyer) exposing the crimes of forced organ harvesting from living Falun Gong practitioners in China as a source of inspiration for the legislation.

Through their independent investigation of organ harvesting in China, David Kilgour, former Canadian secretary of state for Asia-Pacific, and renowned human rights lawyer David Matas concluded that between 2000 and 2005, nearly 41,500 unidentified organs used in transplants in China had been harvested from Falun Gong practitioners. 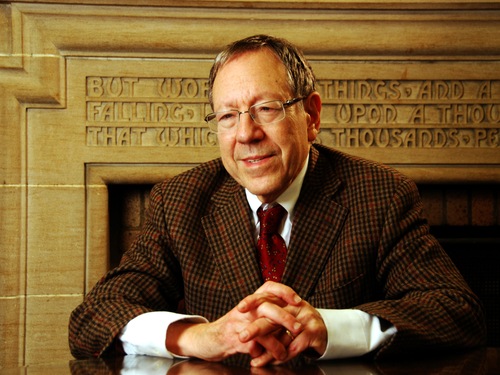 Hon. Irwin Cotler, Member of Parliament, is a renowned human rights lawyer and law professor who has also served as Canada's Minister of Justice and Attorney General.

Hon. Cotler considers the legislation to embody Canada's strong commitment to saying no to organ harvesting, and refusal to take any part in this heinous crime.

“The evidence of organ harvesting and individuals trafficked for this purpose is as horrifying as it is shocking,” Hon. Cotler said. “We must ensure that Canada has the tools to prosecute individuals who engage in or facilitate the practice. As well, this legislation seeks to prevent individuals from entering Canada if there is reason to believe they are doing so in an effort to facilitate or otherwise engage in organ harvesting.”

Organ Harvesting Condemned Throughout the World

The new legislation is partly driven by an earlier hearing in the Canadian Parliament, which took place in February. At that time, Mr. Kilgour and Mr. Matas offered powerful and convincing evidence regarding organ harvesting from Falun Gong practitioners in China, and recommended that the Canadian government take action to stop this unprecedented human rights abuse.

Such hearings and forums have been held in many countries, including the US , UK , France , Australia, and Sweden, this year. The commitment and strong sense of urgency that Professor Cotler has expressed is felt throughout the world.

A pending resolution in the US Congress is scheduled to reach the voting floor in the near future. The resolution condemns the systematic, state-sanctioned, forced organ harvesting from prisoners of conscience in China, a large majority of whom are Falun Gong practitioners.

The US has also included the question, “Have you ever been directly involved in the coercive transplantation of human organs or bodily tissues?” on its non-immigrant visa application Form DS-160 since June 2011.

Israel and Spain have already enacted laws banning organ harvesting. Taiwan requires major medical institutions and physicians to register the country of all organ sourcing and the hospital information (including surgeon identification) when patients receive their organ transplants abroad and then apply for post-operative health insurance payments after returning home.

Doctors Against Forced Organ Harvesting (DAFOH), a medical advocacy group, initiated a global signature petition in June 2013. The petition will be submitted to the UN Human Rights High Commissioner calling on the Chinese regime to immediately stop forced organ harvesting from Falun Gong practitioners in China.

As of the end of September, the DAFOH has collected nearly 1,500,000 signatures from some 53 countries. The plan is to continue collecting signatures for submission to the United Nations on December 10.

“I Became a Falun Gong Practitioner While in Detention ”