Home > Persecution > Accounts of Persecution
Woman’s Arm Disabled after Serving 2.5 Years for Her Faith in Falun Gong
April 10, 2022 | By a Minghui correspondent in Jiangxi Province, China

(Minghui.org) By the time Ms. Jiang Lanying was released on January 18, 2022, after serving 2.5 years for practicing Falun Gong, her hair had turned gray, her vision had become blurry, her legs had gone numb, and her left arm had become disabled. She still cannot lift her left arm. 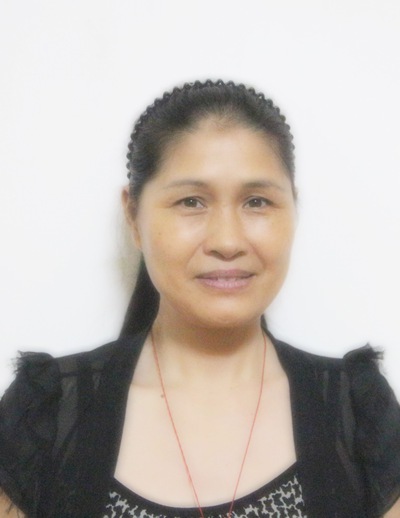 Since the Chinese Communist Party began to persecute Falun Gong, an ancient spiritual discipline, in July 1999, Ms. Jiang, 56, of Nanchang City, Jiangxi Province, has spent 15 years behind bars, including two labor camp terms totaling more than 4 years and three prison terms totaling 11 years. Even during the years when she wasn’t incarcerated, she faced constant harassment and surveillance.

Ms. Jiang was last arrested on July 18, 2019, by over 20 plainclothes officers when she was visiting another practitioner. She was first held at the Nanzhan Police Station. Officer Zhang took her watch and never returned it. She was then taken to the Xihu District Police Department and interrogated until midnight before being transferred to the Nanchang City No.1 Detention Center.

The Xihu District Court first scheduled a virtual hearing for June 14, 2020. Ms. Jiang insisted that she didn’t violate any law by practicing Falun Gong and refused to attend the hearing. The judge scheduled another session for July 7 and forced her to stand trial. She refused to accept the court-appointed lawyer—who was instructed to enter a guilty plea for her—and acted as her own lawyer.

The judge adjourned the hearing before Ms. Jiang finished reading her defense statement. He sentenced her to 2.5 years with a 30,000-yuan fine on October 22. She appealed with the Nanchang City Intermediate Court. While her court-appointed lawyer entered a not guilty plea for her in the appeal case, the higher court ruled to uphold her original sentence.

Ms. Jiang was taken to the Jiangxi Province Women’s Prison on July 8, 2021. As soon as she arrived, guard Zhang Huanhuan ordered several inmates to take her to a small room and attempted to force her to fingerprint a statement to plead guilty.

Between July 17 and 21, guard Liu Jinfeng ordered inmates Fang Lingya, Zeng Chunlan, and Lai Suhua to tie Ms. Jiang in a straitjacket and hang her up in the workshop during the day. In the evening, they pulled her limbs as far apart as possible and tied her in a spread \-eagle position in the bed.

After the few days of the tying torture, Ms. Jiang’s arms became severely swollen and lame. It became almost impossible for her to brush her teeth.

The inmates also deprived her of sleep and didn’t allow her to wash. In the heat of the summer, she soon started to smell bad and her eyes were bloodshot.

The guards later ordered Ms. Jiang to do the forced labor. Whether she was on the way to the workshop or the cafeteria, her feet were still chained. Inmates Yang Xinrong and Yao Lingjing often withheld her food, claiming she hadn’t finished her work quota.

Two months later, Ms. Jiang’s right arm began to recover, but her left arm remained swollen and lame. Her left hand was very weak and she couldn’t hold anything.

Guard Liu Jinfeng took Ms. Jiang to the prison doctor, surnamed Liu, on October 20, 2021. The doctor examined her left shoulder and arm, which were noticibly lower than the right side. The doctor said there was a big gap between her shoulder and her arm, suggesting that it was dislocated. Not having the proper equipment, the doctor urged the guard to take her to an outside hospital. He also told the guard not to hang Ms. Jiang’s arms over her head or raise them higher than her shoulder, otherwise her arms would be injured even worse.

At the hospital, the doctor asked Ms. Jiang to examine her arm herself. She said she didn’t know how to. Without looking at her arm, the doctor told her to get an X-ray. Looking at the X-ray, the doctor claimed that the condition was caused by a frozen shoulder, not a dislocation. Ms. Jiang tried to explain how she was tortured, but the doctor insisted that it was frozen shoulder. Guard Xiao broke in and said that Ms. Jiang was a “cult criminal.” The doctor stopped talking to Ms. Jiang and left.

Back in prison, Ms. Jiang was quarantined for 14 days before being allowed to go back to the workshop. Inmates Yang Xinrong and Yao Lingjing told her that guard Luo Rong had made a prison-wide announcement that the prison doctor had misdiagnosed her frozen shoulder as a dislocation.

Ms. Jiang then recalled that, before she was taken to the hospital, guard Liu Jinfeng threatened her that she wasn’t allowed to talk “nonsense,” or she would face intensified torture.

On December 15, 2021, guard Zhang Huanhuan ordered inmates Yang Xinrong, Li Qiong, and Fang Ping to get Ms. Jiang’s signature on the prepared statement to renounce Falun Gong. When she refused to cooperate, they attempted to hold her hands to sign it. She resisted with all her might. Unable to force her, Yang signed the statement on her behalf.

Because Ms. Jiang tried to clarify the facts about Falun Gong to the guards and inmates, Liu Jinfeng wouldn’t let her wash up and forced her to stand in front of the restroom until 11 p.m. The torture lasted until she was released.

According to Ms. Jiang, all of the practitioners held in the prison are subjected to severe torture for upholding their faith. One of them, Ms. Chen Yulian, has developed late-stage lung cancer and is now disfigured and emaciated.