Home > Persecution > Accounts of Persecution
After Serving Two Years and Losing His Job, Electrical Engineer Sentenced to Four More Years for His Faith
Nov. 7, 2022 | By a Minghui correspondent in Shanghai, China

(Minghui.org) An electrical engineer in Shanghai was recently sentenced to four years for practicing Falun Gong, a spiritual discipline that has been persecuted by the Chinese communist regime since 1999. 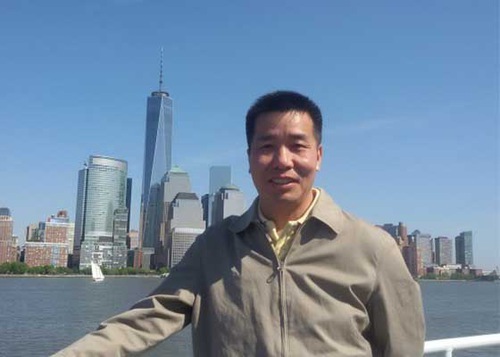 Mr. Xu Yongqing, 58, was arrested in October 2021 at Longquan Train Station, when he was traveling from his hometown in Longquan City, Zhejiang Province back to his residence in Shanghai.

Mr. Xu was tried on July 11, 2022 at Longquan City Detention Center by the Liandu District Court in Lishui City, which has jurisdiction of Longquan. His lawyer entered a not guilty plea for him. The prosecutor accused him of being a repeat offender, as he had been sentenced to two years in 2018 for practicing Falun Gong.

Prior to his latest ordeal, Mr. Xu was previously arrested on August 22, 2016 for demanding that authorities remove a propaganda bulletin board smearing Falun Gong near a subway station. Resisting his persistent effort to seek justice, the authorities retaliated by arresting him again on November 29, 2017 and sentenced him to two years months later.

Mr. Xu lost his job and struggled with poor health due to torture in the prison, after he was released on November 28, 2019. He was forced to move four times, as the police kept pressuring his landlords to terminate his rental leases.