Home > Persecution > Accounts of Persecution
After Losing Her Parents to the Persecution of Falun Gong, Jiangxi Woman Arrested Again for Her Faith
Nov. 24, 2021 | By a Minghui correspondent in Jiangxi Province, China

(Minghui.org) A Nanchang City, Jiangxi Province resident was arrested three months after she lost her father to the persecution of their shared faith in Falun Gong. Ms. Fu Jinfang has been detained for over a month and is facing possible prosecution. 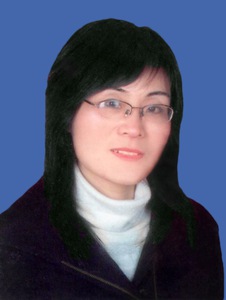 Ms. Fu, a 59-year-old nurse formerly employed at the Nanchang City Blood Station, was arrested on October 17, 2021, by officers from the Dunzitang Police Station for talking to people about Falun Gong. She was first given 15 days at the Erqibeilu Lockup and then put on criminal detention at the Nanchang City No. 1 Detention Center around November 1.

Prior to her latest arrest, Ms. Fu was harassed several times in 2021 for her faith. Her father, Mr. Fu Mingzhen, in his 90s, was also targeted and passed away shortly after an episode of harassment by the authorities.

Wan Wenjun, a staff member of the Xingguang Community, called Ms. Fu at 10 a.m. on June 23, 2021, and asked what she was doing. Ms. Fu replied that as the weather was good, she was helping her father do laundry.

Wan asked whether she was still practicing Falun Gong and then threatened her not to promote the practice in public.

One hour later, a neighborhood security detail, led two police officers (surnamed Wan and Xu) to Ms. Fu’s home. One officer wore a body camera on his chest. The police ordered her to leave, as they wanted “to talk to her father alone.”

Ms. Fu went to the front yard, only to see two more people standing there – director Lan and his assistant Dong Wei from the Nanchang Petroleum Company, her father’s former employer. She noted that this was the first time that the company had also sent people to harass the family.

When her father’s colleagues left, the police said to her, “Ask your sister to come here to take care of your father. You can’t live here.”

Ms. Fu told them that her sister has her own family and that she has been the sole caregiver for her father. (Ms. Fu’s husband divorced her due to the persecution and her son lives in Guangzhou, Guangdong Province, which is about 500 miles from Nanchang.) She asked, “Do I need to get approval from the police to live with my father?”

The police asked her again whether she practiced Falun Gong and why she visited a local store recently. She refused to reply. The officers then left.

Ms. Fu’s father told her that the police questioned him about his criminal complaint filed in 2015 against Jiang Zemin, the former head of the communist regime who ordered the persecution. He told the police that he did file the complaint and that he was within his legal rights to do so.

Shortly after the harassment, Mr. Fu passed away in July.

On September 18, 2021, Wan Wenjun from the Xingguang Community and Huang Lele of the local 610 Office, came to harass Ms. Fu again. Wan ordered her family to persuade her to renounce Falun Gong, but her family refused to comply.

Ms. Fu was reported by a plainclothes officer on October 4, 2021 when she was talking to people about Falun Gong. Officers from the Dunzitang Police Station searched her bag and confiscated twelve Falun Gong keepsakes and five banknotes printed with Falun Gong information (due to the strict information censorship in China, many Falun Gong practitioners use creative ways to raise awareness about the persecution, including printing short messages on banknotes).

Ms. Fu refused to sign any documents or answer the police’s questions. The police took her to the Erqibeilu Lockup, but she was not admitted as she hadn’t had the coronavirus vaccine. Although the police allowed her to go home that night, they arrested her again two weeks later and have kept her in custody since.

Ms. Fu has been repeatedly arrested for her faith over the past 22 years. She served two labor camp terms for a total of four years and eight months, and a three-year prison term. Her husband divorced her while she was held in the labor camp. He was given full custody of their son, who was bullied at school for his mother’s faith.

In addition to her father who passed away recently, Ms. Fu’s mother died in 2016 after living in fear and distress for years while her daughter was still in prison. Her brother was forced out of his job for not collaborating with the authorities to persuade Ms. Fu to give up her belief. She was fired from her job at the Nanchang City Blood Station and stripped of her pension, just one year before she was due to retire.

90-year-old Father and Daughter Harassed for Their Faith