(Minghui.org) A 57-year-old woman in Nanchang City, Jiangxi Province, was detained multiple times, for a total of eight years, for her faith in Falun Dafa, a spiritual discipline that has been persecuted by the Chinese communist regime since 1999.

Ms. Fu Jinfeng's repeated arrests during the past 20 years were followed by brief detentions in detention and brainwashing centers, as well as years-long incarceration in a forced labor camp and a prison.

Ms. Fu's husband divorced her while she was held in the labor camp. He was given full custody of their son, who was bullied at school for his mother’s faith. Ms. Fu's mother passed away while she was still in prison, and her brother was forced out of his job for not collaborating with authorities to persuade her to give up her belief. She was fired from her job at Nanchang City Blood Station and stripped of her pension, just one year before she was due for retirement. 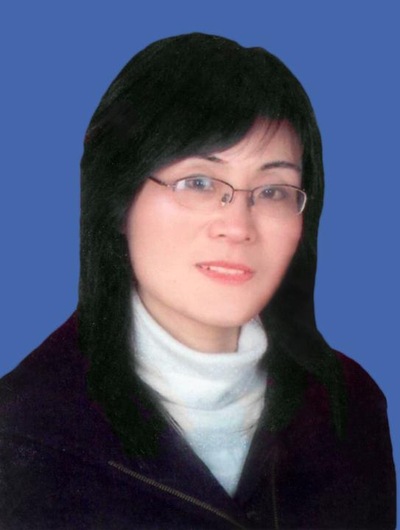 Held in Detention and Brainwashing Centers

Ms. Fu was detained for up to a month in different detention centers and brainwashing centers following seven of her arrests over the years.

Ms. Fu went to Beijing to appeal for Falun Dafa in November 1999. She was arrested and handcuffed with one arm over her shoulder and the other pulled up behind her. 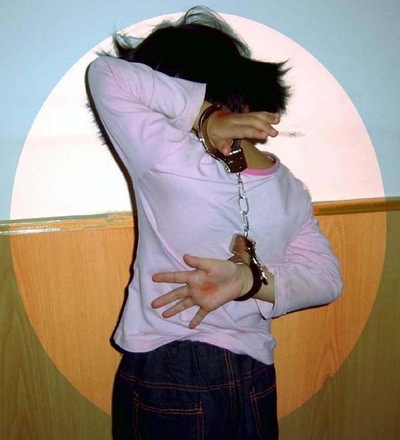 Torture reenactment: Cuffed behind the back

“After being handcuffed in this position for 40 minutes, I lost the feeling in my thumbs. It took about a month to recover,” Ms. Fu recalls.

She was later held in the No. 3 Detention Center of Nanchang City for a month. The guards tied one of her feet to another practitioner's using heavy shackles as a punishment for doing the Falun Dafa exercises in the detention center.

Ms. Fu went to Beijing again on June 23, 2000, and was taken back to No. 3 Detention Center for another month. It was summertime, and over a dozen practitioners were cramped in a small cell.

“The temperature was almost 40°C and I was running a fever. My clothes were soaked with sweat every day,” Ms. Fu remembers.

She also remembers another practitioner, Ms. Liu Fengchun, who was sick and was not given any medical care. Ms. Liu died in the detention center a month later.

In September 2000, Ms. Fu was arrested for distributing Falun Dafa information and taken to the No. 2 Detention Center of Nanchang City, where the police held a brainwashing session three months later and ordered all detained practitioners to give up their belief. Ms. Fu refused to comply and had her hands and feet cuffed together in such a way that she could not stand up straight. She was later sent to a forced labor camp for 18 months.

Ms. Fu was taken to a brainwashing center for 15 days with 16 other Falun Dafa practitioners on September 16, 2003. She went on a hunger strike to protest.

The head of the brainwashing center told her, “I’ve ‘transformed’ 300 practitioners. I don’t believe I can’t ‘transform’ you. If you do not cooperate, you will be sent to a forced labor camp.” She also revealed that they were paid 1,000 yuan for each practitioner they “transformed.”

Six days later, Ms. Fu escaped by sliding down the water pipe from the fourth floor. However, when she returned to work, she was only given 300 yuan for living expenses for nine months.

In 2008, Ms. Fu was detained for 10 days in the Nanchang City Lockup for talking to people about Falun Dafa.

In November 2014, Ms. Fu was taken to a brainwashing center with four other practitioners. The head of the local 610 Office told Ms. Fu that her salary would be withheld if she did not agree to stop participating in any outdoor Falun Dafa activities. When Ms. Fu refused to comply, she wasn’t allowed to return to work anymore.

In March 2019, she was reported to the police when she gave a USB stick with Falun Dafa information to someone. She was detained for 15 days in the Nanchang City Lockup.

Two Terms of Forced Labor for a Total of 56 Months

Ms. Fu was given 18 months of forced labor following her arrest in September 2000. She was taken to Jiangxi Women's Forced Labor Camp on January 23, 2001.

For some time, she was confined in a small room with a strong odor of paint. She was watched by other inmates who beat and often verbally abused her. Her term was extended by three months because she refused to renounce Falun Dafa. She was released on July 15, 2002.

Two years later in September 2004, Ms. Fu was arrested again and taken to the No. 1 Detention Center in Nanchang. She went on a hunger strike and was force-fed saltwater. She almost suffocated.

Ms. Fu was then given two and a half years of forced labor and transferred to Jiangxi Women's Forced Labor Camp in late October 2004. When she refused to renounce her faith or do unpaid labor, she was severely punished.

Ms. Fu said, “I was not allowed to wash my face or take a shower for 72 days. It was in the middle of summer and I could only have one glass of water a day.”

When she refused to line up like other inmates, the guards took her to a secluded place. “She grabbed me by my hair and slammed my head against the wall repeatedly,” Ms. Fu said of one guard captain.

She was put into solitary confinement for seven days. Each day after breakfast, her hands were cuffed to the rails of a bunk bed until midnight. She was allowed to use the restroom only once during the day. Ms. Fu's term was extended by five months and she was released in August 2007.

Ms. Fu was sentenced to three years in prison in March 2015 for talking to people about Falun Dafa on a bus.

She was incarcerated in Jiangxi Province Women's Prison, where she was deprived of food and forced to stand for long periods, sometimes until 4 a.m. Once she was forced to stand for six days and nights straight. In the middle of summer, she was not allowed to wash or bathe for over a month.

“I was only skin and bones,” she recalls. “I was all bent over and unable to move. All I could move were my eyes.”

One night in September 2016, after being forced to stand every day for over eight months, Ms. Fu passed out. Only then was she allowed to sleep five hours and 40 minutes a night.

In December 2016, the persecution intensified. “At first, we had to copy and memorize the prison regulations. We had to march and watch videos that slandered Falun Dafa.” Ms. Fu said. “When I refused to ‘transform’, I was beaten and hung by handcuffs with only my tiptoes touching the ground. The guards instructed inmates to beat and kick me. I was covered in bruises.”

Another time, a guard ordered Ms. Fu to eat standing up. When she ignored the order, two inmates beat her in front of all the other inmates and guards. No one stopped them. The inmates later told Ms. Fu that the guards had ordered them to beat her.

When the persecution of Falun Dafa started in July 1999, Ms. Fu's husband, who worked at the Academy of Science, was under pressure to persuade his wife to give up the practice. He was so stressed that he was in tears almost every day. Because of Ms. Fu's refusal to renounce Falun Dafa, he lost an opportunity to work in Hong Kong. Unable to endure the pressure, he filed for divorce in October 2001 when Ms. Fu was in the forced labor camp.

Because of Ms. Fu's faith in Falun Dafa, her son was once beaten by other children so badly that one of his eyes was bloodshot and his right hand was injured. After he graduated from college, he tried to enlist in the military, but his application was denied due to Ms. Fu's refusal to renounce Falun Dafa.

Ms. Fu's brother was the director of the Department of Information at No. 2 Hospital of Nanchang City. In 2003, after he refused to collaborate with authorities to force Ms. Fu to give up her belief, he was removed from his position. He later left the hospital.

Ms. Fu's mother passed away in 2016 before she was released in March 2018. It was particularly difficult for Ms. Fu as she remembers, “My mother used to stand outside the prison gate crying. She would tell anyone who would listen that I was innocent.”

Also, Ms. Fu's employer was forced to take part in persecuting her. Because she would not give up her belief, other employees were denied benefits, such as bonuses they normally got.

At work in December 2013, Ms. Fu was told to sign a statement stating that she had given up Falun Dafa. “If you don't sign it, do not come to work tomorrow,” she was told.

The next day when she went to work, several people forced her fingerprint on the prepared statement. When the incident was reported on the Minghui website, her employer withheld her salary and bonuses for 11 months.

“Dafa Saved My Parents and Me”

“My Design Work Reflects My Cultivation”