(Minghui.org) This past year, 2020, was an eventful, turbulent year. The sudden appearance of the coronavirus pandemic caught the world off guard. Within several months, the virus claimed thousands of lives in nearly 200 countries around the globe. Although infections and deaths leveled off for a while after the initial surge, an increase of new cases and deaths has quickly gained speed since November 4.

As always, the Minghui website has continued to serve as a window to Falun Dafa (also known as Falun Gong), a meditation practice based on the principles of Truthfulness-Compassion-Forbearance. With approximately 100 million practitioners, Falun Dafa is the single largest persecuted group in China. Besides functioning as a platform for practitioners to exchange experiences and insights related to improving moral character, Minghui also provides updates on the persecution in China and the efforts around the world to oppose the brutality.

Below is a review of the most significant topics covered by Minghui in 2020.

Mr. Li Hongzhi, founder of Falun Dafa, published four short articles on Minghui this year including “Stay Rational,” “Another Stern Warning,” “On the General Election,” and “Greetings to the Taiwan Fa Conference.” As usual, these articles had a higher readership than any other publications on Minghui.

Several editorials and notices were published in 2020. These included “Regarding A Fake Jingwen” and “We Must Know and Be Clearheaded about Our Principles and Fundamentals,” both of which reminded practitioners about various aspects of cultivation practice.

The two notices, “Call for Submissions to Commemorate World Falun Dafa Day” and “Call for Articles for the 17th China Fahui on Minghui.org” both drew broad attention from readers. Despite the continuing internet blockade by the Chinese Communist Party (CCP), over 10,000 articles were received for these two events, far exceeding similar submissions from previous years.

Among the published editorials and notices was also a book review for The 20-Year Persecution of Falun Gong in China published last year, as well as an announcement for a new book produced by Minghui Publishing, The CCP Pandemic: How Seeing Through the Chinese Communist Party's Deception Offers a Path to Hope. 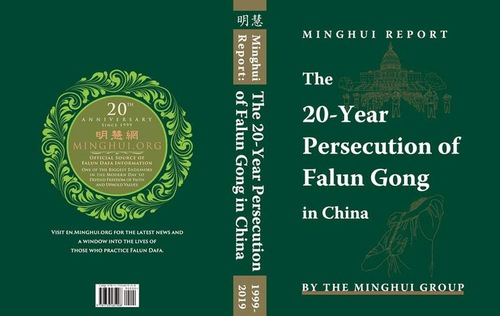 Cover of Minghui Report: The 20-Year Persecution of Falun Gong in China

Across the oceans, large numbers of greetings pour in from mainland China and across the world every year ever since the persecution started in 1999. Received by Minghui from individual practitioners or practice sites, the greetings carry deep gratitude toward Master Li for improvement of health, elevation of the mind and heart, and renewal of hope. 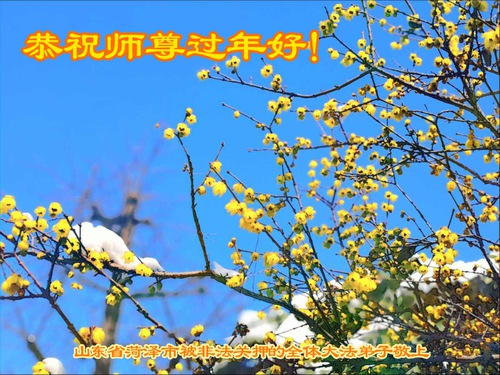 Over the past 12 months, about 16,000 greetings were received and published during the 2020 New Year; 20,000 during the Chinese New Year; 15,000 around World Falun Dafa Day; and 16,000 for the Mid-Autumn Festival (also known as the Moon Festival). The combined greetings added up to approximately 67,000 greetings in total.

Many readers accessed basic facts about Falun Dafa and the persecution through the Focus Topics section on the front page of the Minghui website. The most visited topics were “The Self-Immolation Hoax” and “The April 25 Peaceful Appeal,” with 410,000 and 170,000 viewers, respectively, for the Chinese version of Minghui. 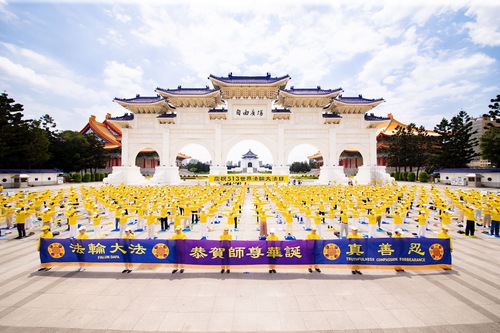 May 13, the date that Falun Dafa was first introduced to the public in 1992, is celebrated by practitioners around the world. About 4,000 articles were received in response to the Call for Submissions to Commemorate World Falun Dafa Day.

Among these articles, “Falun Dafa Changes a Troubled Youth into a Good Man” and “Recalling My Journey in Falun Dafa” were the most read. Additionally, “Walking Steadily the Path of Validating the Fa” and “Steadfastly Following Master and Spreading the Fa in Remote Mountain Villages” were also widely circulated for their modest language and touching stories.

For the convenience of readers, especially those in mainland China who cannot access Minghui.org freely, various periodicals have been published. Minghui Weekly, for example, has been published every Thursday since January 2002 for practitioners in mainland China to download, print, and deliver to those with no access to Minghui. In addition, numerous publications targeting certain geographic areas and age groups, or that address certain topics, are also provided from time to time.

For example, special issues of periodicals were prepared on the pandemic. Minghui International – Coronavirus Special Edition was also published in English to share a perspective from practitioners on this important issue. 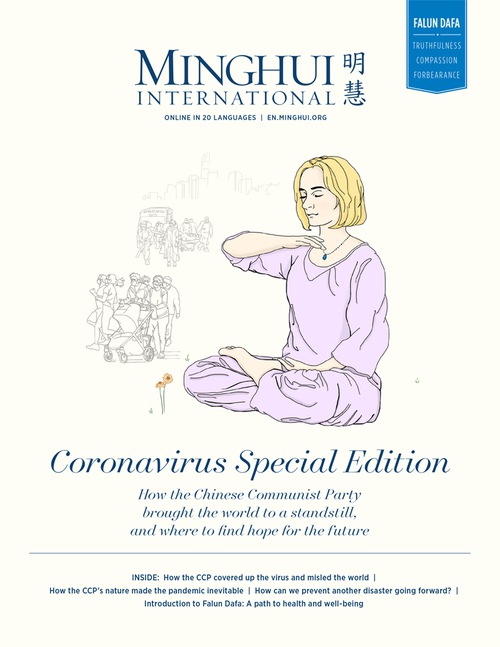 The special edition of Minghui International focusing on the coronavirus pandemic

Since launching in 1999, Minghui has provided first-hand accounts of the suppression in China, exposing the brutality of the CCP against innocent, peaceful Dafa practitioners. In 2020 alone, at least 83 practitioners lost their lives due to the persecution, with thousands arrested and more harassed in the past 12 months. 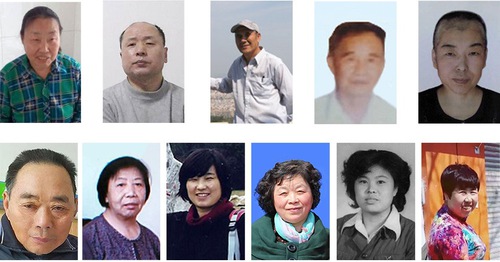 Eighty-three Falun Dafa practitioners lost their lives for their faith in 2020. Photos of only some of these practitioners are available due to the CCP's information blockade.

On the Chinese version of Minghui, the collective stories of how 100 families suffered during the lengthy, extralegal atrocity has drawn serious concern about how this tragedy has affected ordinary citizens. One example is Ms. Liu Weishan, a former exemplary teacher in Xiangfan City, Hubei Province.

Having sustained a mental disorder and paralysis due to the persecution, officials sent her alive for cremation in August 2011, which fortunately was stopped by a staff member at the crematorium. Even after she went into a vegetative state, officials still barred visitors from seeing her and refused to offer treatment. Ms. Liu died after years of being in a vegetative state, on October 28, 2019.

Many practitioners began to practice Falun Dafa due to its enormous health benefits. This year there were a large number of articles discussing the health benefits of the practice. Medical Miracles Brought About by Falun Dafa, a series on this topic, covered extraordinary recoveries from stubborn illnesses, healing of broken families, and stories of determination despite the harsh persecution.

Articles about Dafa's benefits also extended to current topics. Miracles such as “From Fear to Faith: A Man's Recovery from Coronavirus Symptoms” provided a different angle from which to understand the pandemic and how to remain safe, while discussions like “An ‘Election’ to Vote for One's Future” provided insights into the historical and moral impacts of specific challenges faced by our society today.

Slightly different from previous years, there were a larger number of opinion articles in 2020. Based on their own experiences and observations, practitioners explained how the CCP advanced suppression domestically and disinformation tactics overseas to endanger the free world.

Articles such as “Chinese Communist Party's Growing Clout and Explosion of Coronavirus Cases in New York and the U.S.” explained how the communist ideology has encroached upon the West through such avenues as the economy, media, education, and international organizations. “The Shadow of Communism Behind the U.S. Election” and “The Danger of One Voice from Mainstream Media” further pointed out how communism’s threat has penetrated Western politics and media to directly threaten the free world’s legal system.

After the Chinese language Minghui Radio became available in 2005, podcasts in English also started in 2013, covering practitioners’ experiences and insights, news and events, and stories about traditional Chinese culture. Podcasts such as “Master Is Watching Over Me: The Story of a Falun Gong Practitioner's Daughter” are among the most downloaded pieces. 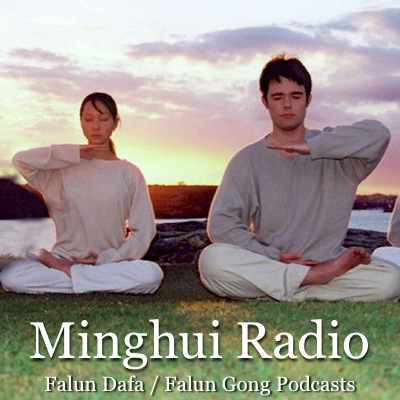 In addition, two movies from New Realms Studio, Coming for You and its second part, Eternal Fifty Minutes, brought to life how practitioners from all walks of life have safeguarded their faith, peacefully and persistently, amid a brutal persecution from the most oppressive regime in the modern world.

As the year 2020 draws to a close and the world is entering a new year of unknown challenges, we give you “Music: The Two Phrases that Have Helped People Get Through Difficult Times.” We hope the melody will bring you a feeling of peace and security. It is also a reminder that, no matter where you are and what challenges you are facing, Minghui is always there ready to hear from you and to provide you with hope based on a commitment inspired by the words that we cherish the most: Truthfulness, Compassion, and Forbearance.

We sincerely wish you and your family a healthy, happy, and prosperous New Year!