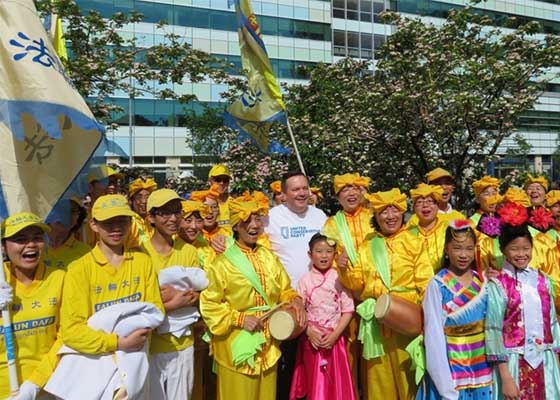 Practitioners joined the annual Lilac Festival with hundreds of thousands of Calgarians in attendance. Representatives from different political parties and elected officials praised Falun Gong. One official stated, “Falun Dafa's message of Truthfulness-Compassion-Forbearance resonates strongly in Calgary and across Canada and I commend the Falun Dafa Association of Calgary for sharing this discipline with Canadians. These values are central to our democratic society.” 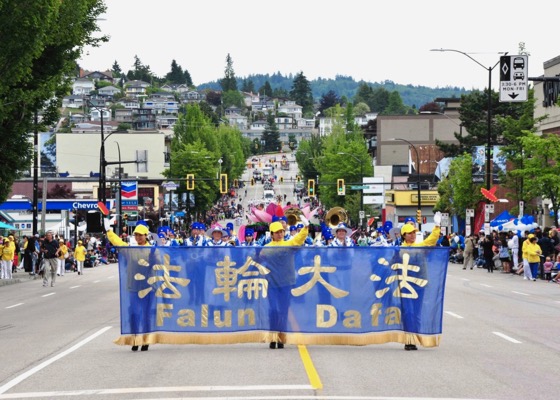 Vancouver, Canada: “It's 'Hats Off' Day and My Hat Is Off to Falun Gong!”

Merchants in Burnaby, British Columbia, which is just outside of Vancouver, have taken their “hats off” to salute the community by holding a parade and street fair every year since 1989. This year Falun Gong practitioners presented a float, waist drum team, and the Tian Guo Marching Band in the parade. It was a great opportunity for the community to learn about Falun Gong and Chinese culture. 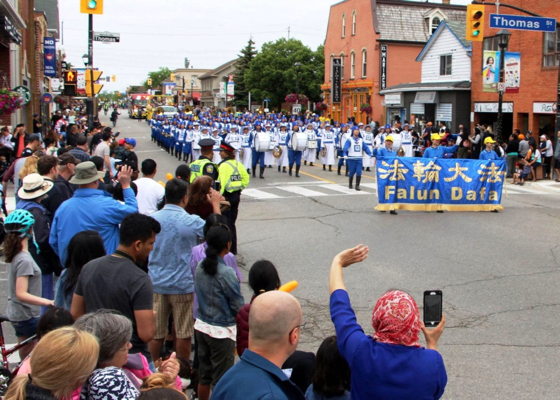 New York area Falun Dafa practitioners recently took part in the 91st Annual Little Neck-Douglaston Memorial Day Parade in Queens, while in Toronto, practitioners took part in two parades on the same day. Both Chinese and Western spectators were particularly excited and proud to see Falun Gong in the parades and all hope that the persecution in China will end soon.

Letting Go of the Desire for Revenge

A practitioner accidentally meets a person who is about to do a very bad deed and the person changes her mind after hearing the practitioner explain to her the principles to live by at higher levels and the consequences that could follow.

A practitioner shares her journey of the trials and tribulations she experienced which involved her alcoholic husband and her son, both of which were atheists, and how they changed after she became a diligent Falun Dafa practitioner.

“What Kind of Cosmetics Do You Use?”

A previously sickly practitioner surprises her former classmates at a reunion with why she was glowing with health.