(Minghui.org) Falun Gong practitioners joined the annual Lilac Festival on June 3, 2018. Hundreds of thousands of Calgarians attend this event each year, along with hundreds of vendors. 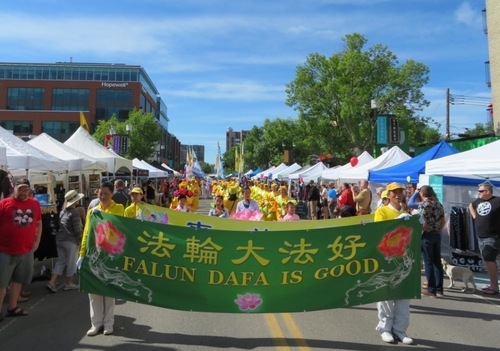 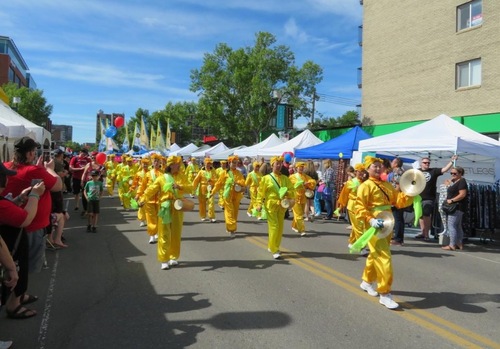 During the parade, spectators were impressed by the beautiful costumes, energetic music, and bright smiles of practitioners. Many stopped at the Falun Gong booth afterward to watch the exercise demonstration by practitioners and to obtain more information. Practitioners distributed informational pamphlets and other materials. Upon hearing about how the Chinese Communist Party has persecuted good people, some Chinese agreed to renounce their membership in the organizations related to the Party. 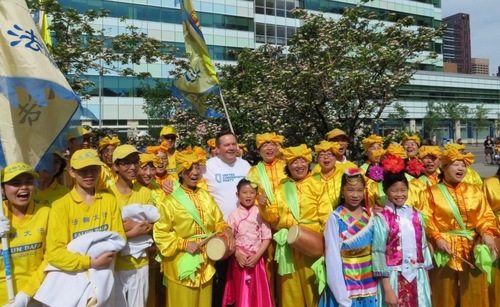 Representatives from numerous political parties also participated in this event. Jason Kenney, current leader of the United Conservative Party in Alberta, had been a parliament member between 1997 and 2016 and has always been supportive of practitioners. As practitioners reached the end of the parade, Kenney came up to shake hands with practitioners. He also spoke aloud in Chinese, “Falun Dafa is good.”

Kenney is also a Member of the Legislative Assembly (MLA) and he sent greetings to the World Falun Dafa Day's celebration. He said the principles of Truthfulness-Compassion-Forbearance have benefited Canada and the world tremendously. He is aware of the persecution of Falun Dafa by the communist regime in China and praised practitioners' efforts to promote peace despite the harsh suppression. 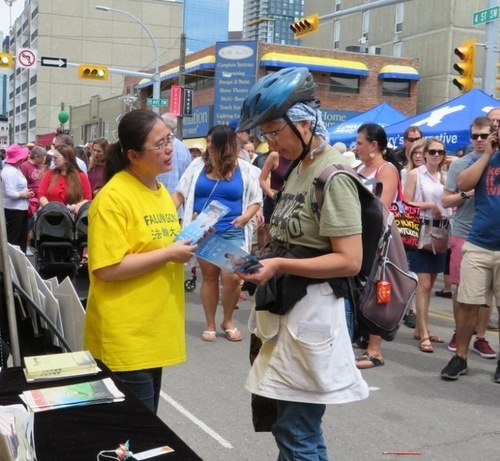 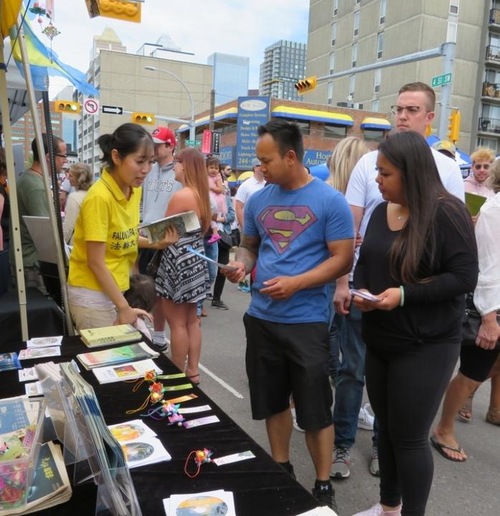 Pedestrians are interested in learning more about Falun Gong.

Other elected Canadian officials also praised Falun Gong and the efforts of practitioners recently in letters that congratulated them on World Falun Dafa Day. Jeromy Farkas, Calgary City Councilor who represents Ward 11, said Falun Dafa's message of Truthfulness-Compassion-Forbearance resonates strongly in Calgary and across Canada. “I commend the Falun Dafa Association of Calgary for sharing this discipline with Canadians. These values are central to our democratic society,” he wrote.

““What Kind of Cosmetics Do You Use?””