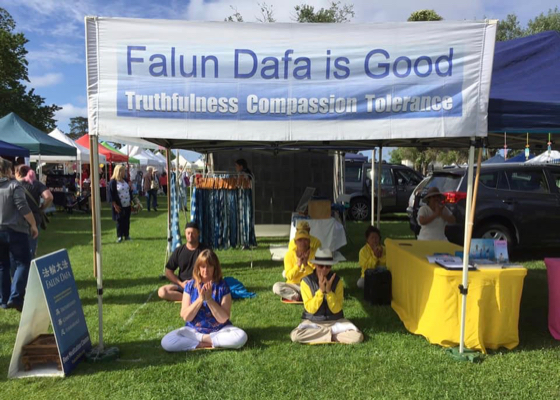 Christmas shoppers appreciated the Falun Gong exercise demonstrations at recent Melbourne area Christmas markets and expressed concern about the ongoing persecution in China. “I am full of admiration for the Falun Gong people. I think they face tremendous challenges, and everywhere they go there is always a peaceful and beautiful energy,” said one visitor to the Mornington Racetrack Market. 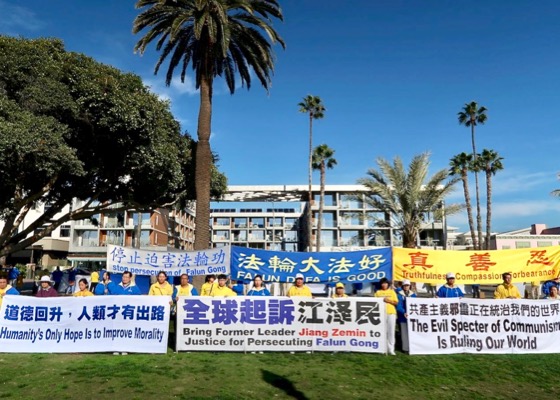 A special activity recently caught the attention of passersby at the Santa Monica Ocean Park tourist attraction. Falun Gong practitioners formed a line on the sidewalk and held a series of banners next to each other to raise awareness of the persecution of Falun Gong, which has been ongoing in China since 1999. The practitioners called it the “Great Wall of Truth.” 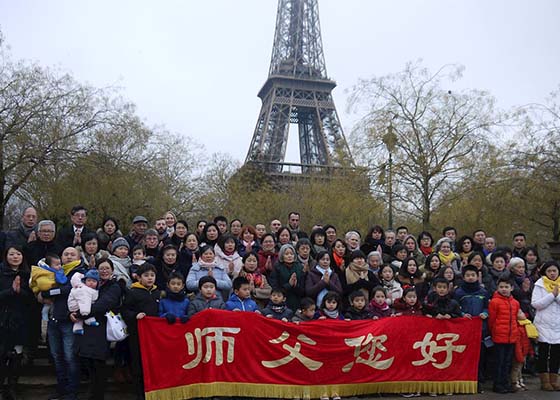 French Falun Dafa practitioners gathered at the Eiffel Tower on December 16 for a group photo to show their appreciation for the benefits they've received from the practice. They also wanted to wish Mr. Li Hongzhi, the founder of Falun Dafa, a Happy New Year.

An independent tribunal stated that forced organ harvesting from prisoners of conscience has taken place in China on a substantial scale, following three days of public hearings where witnesses, medical experts, and investigators submitted evidence.

Some 200 members strong, the music of the Tian Guo Marching Band made a lasting impression on parade spectators. Said one, "They must train so well. It's Falun Dafa after all!”