(Minghui.org) An independent tribunal has unanimously declared that forced organ harvesting from prisoners of conscience has taken place in China on a substantial scale.

The interim judgment by the Independent Tribunal Into Forced Organ Harvesting from Prisoners Of Conscience in China (the China Tribunal) was delivered in London on December 10, 2018, following three days of public hearings where witnesses, medical experts, and investigators submitted evidence.

Chaired by Sir Geoffrey Nice, QC, who led the prosecution of Slobodan Milošević at the International Criminal Tribunal for the Former Yugoslavia (the ICTY), the China Tribunal is an independent panel of seven with expertise in International Law, Human Rights, Medicine, International Relations, Chinese History, and Business.

The tribunal seeks to establish whether criminal offenses have been committed by the state or state-approved organizations in China, and which individuals may have engaged in forced organ harvesting. A final judgment is due in spring 2019, and though it will carry no legal authority, it will serve as an evidence-based record that can place pressure on international organizations and raise public awareness.

Sir Geoffrey said, “Oxygen of publicity may allow the real oxygen of life to continue for those who might otherwise be killed.” 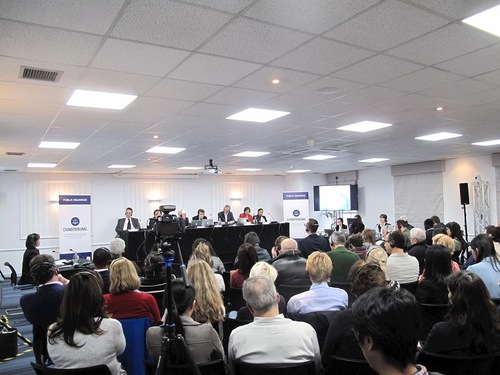 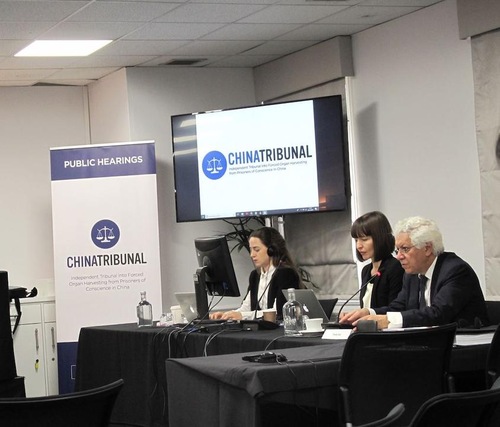 Lawyer Hamid Sabi and his team working at the tribunal's hearing.

The judgment was made after hearing evidence from 30 witnesses, including Chinese refugees who fled persecution after being detained in China. A dozen Falun Gong practitioners gave their testimony at the hearings, detailing the torture they suffered in China, including force-feedings, starvation, electrocution, and beatings.

“We, the tribunal members, are all certain, unanimously, beyond a reasonable doubt, that in China forced organ harvesting from prisoners of conscience has been practiced for a substantial period of time, involving a very substantial number of victims… by state-organized or approved organizations or individuals,” Sir Geoffrey said.

David Matas, an independent investigator of forced organ harvesting in China, told the tribunal that he has found that the total number of transplant surgeries taking place in China far exceeds the volume of organs from China's voluntary donors and death-row prisoners.

Falun Gong practitioner Liu Yumei, who now lives in Finland, gave her testimony through a video call. She recalled painful memories of torture, including being chained to the floor for more than ten hours, being electrocuted, and being force-fed for 58 days. She also explained how she was sexually harassed by criminals in the prison, as well as by police. 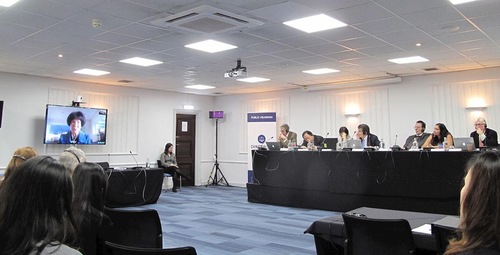 Liu Yumei said in her testimony, “I received physical checks… but they came to realize I was on the verge of death.”

Dr. Jacob Lavee, an Israeli organ transplant expert, told the tribunal members through a video call how he found out about the forced organ harvesting, when one of his patients was able to find a matching organ in China almost immediately. Waiting times in countries with normal organ donation programs take months or years for a matched organ to become available.

Edward McMillan-Scott, former chair of the European Union Parliament, also spoke to the tribunal through a video call. He described meeting with Falun Gong practitioners Cao Dong and Niu Jinping in Beijing in 2016, from whom he learned first-hand information about the persecution of Falun Gong. 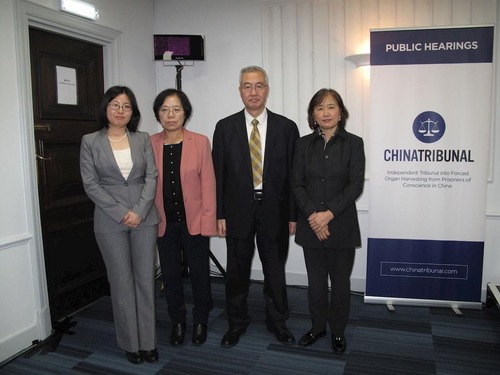 Falun Gong practitioner Annie Yang (left to right), Daiying, and Wang Zhiyuan, the chair of the World Organization to Investigate the Persecution of Falun Gong at the tribunal.

The China Tribunal's plans to investigate the state-sanctioned organ harvesting in China were announced at a briefing in the U.K Parliament on October 16.

“The purpose of this [tribunal] is to let the public know what has happened to the victims,” said Hamid Sabi, legal counsel to the tribunal. “In this particular case, how terrible it is for them to be exposed to this sort of torture and eventually the pillage of their organs through the most horrible way.”

“How I Corrected Many Unrighteous Cultivation Issues”