(Minghui.org) From January to July 2015, more than 3,500 people from Zhangjiakou City and nearby areas in Hebei Province, China, signed a petition calling for an investigation of former Chinese head Jiang Zemin for crimes committed during the persecution of Falun Gong, especially the organ harvesting from living Falun Gong practitioners.

Unlike the over 130,000 people who've recently filed criminal complaints against Jiang Zemin, these petition signers are not Falun Gong practitioners. Encouraged by the flood of lawsuits against Jiang, and shocked by the brutality of the 16-year persecution of Falun Gong, these Chinese citizens from all walks of life chose to stand up and speak for justice. 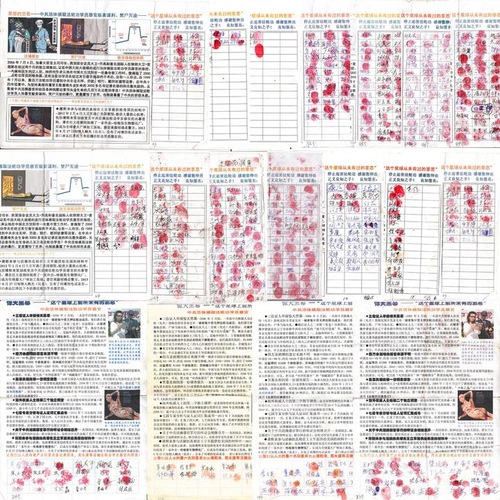 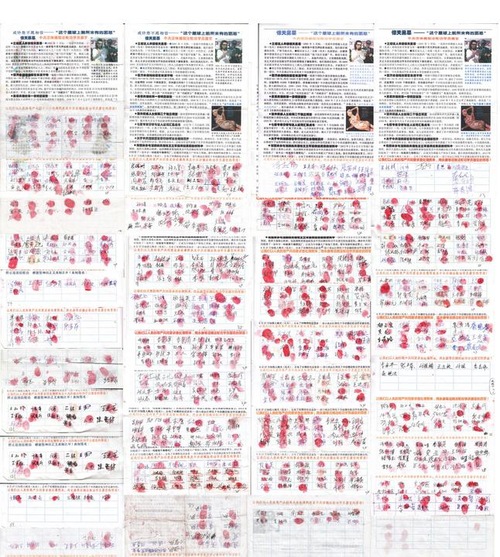 Hebei Province is one of the areas where the persecution of Falun Gong is most severe. In the first half of 2015, 136 practitioners from Hebei were arrested, among whom 15 were sentenced, and seven passed away due to torture, including three from Tianjin and one from Beijing.

A History of Peaceful Resistance

As early as 2012, 979 people signed and fingerprinted a petition, requesting the release of Zheng Xiangxing, a Falun Gong practitioner from Tangshan City, Hebei. (Fingerprints on a Petition to Rescue a Practitioner Signify Strong Support for Falun Gong)

Many signers expressed their support for the lawsuits against Jiang Zemin. A villager said to the person collecting signatures: “Jiang Zemin did nothing good for the country. He is evil. Organ harvesting is so inhuman. I must sign the petition. Jiang has brought disaster to the nation and people. He should be brought to justice.”

Perhaps a 60-year-old farmer's words are representative of many signers: “Organ harvesting is something that even the Nazis didn't dare do. These animals should be brought to justice. Falun Gong teaches Truthfulness-Compassion-Forbearance. Practitioners are good people. Persecuting Falun Gong is really evil. The Communist Party is really inhuman. I cannot think of anything that is more evil than this. Heaven will punish them.”

“Snapshot of Lawsuits Against Jiang Zemin Received by Minghui on August 5, 2015”

“Letting Go of Self While Promoting Shen Yun”