(Minghui.org) Under orders from Zhou Yongkang, Falun Gong practitioners in Sichuan Province are being severely persecuted.

More than 20 practitioners were arrested in Guanghan City, Sichuan Province, on March 28, 2012. Following instructions from Chenghua 610 Office agents in Chengdu City, Fuqinglu police officials arrested Ms. Yang Shuhua and her sister, Ms. Yang Shujsun and transferred them to Xinjin Brainwashing Center. Practitioners have been held there since July 1999. 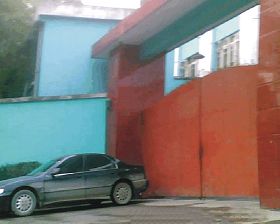 When Ms. Wang’s family went to visit her, officers Bao Xiaomu and thug Huang Zhongzhi verbally abused and threatened them. 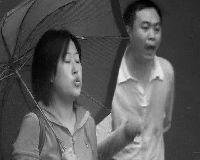 More than 1,000 practitioners were kept in the Xinjin Brainwashing Center. Guards mixed unknown substances in water and food and even injected the drugs into fruit. Symptoms usually appeared half an hour later and as dizziness, swelling eyes, sleepiness, difficulty breathing, heart discomfort, and irritation. Some practitioners were all right before they were detained, but their physical condition worsened not long after they were admitted.

Ms. Liu Shenglu, 53, was from the Xindu District in Chengdu City. Xindu 610 Office agents sent her to the Xinjin Brainwashing Center on April 22, 2003. She was viciously beaten and tortured, resulting in a swollen head and stomach and a bruised chest. Ms. Liu died in the morning of May 26, frothing at the mouth.

Mr. Xie Deqing was employed by the Hydro China Chengdu Engineering Corporation. Funan 610 Office agents and local police took him and his wife to a police station on April 29, 2009. Police station head Liu Chuan and other agents beat and injured him. They then took him to the Xinjin Brainwashing Center. About three weeks later, formerly healthy Mr. Xie became skinny, developed urinary incontinence, and had difficulty drinking fluids. In the evening on May 23, Mr. Xie said that he would not give up his belief in Truthfulness-Compassion-Forbearance. After his death on May 27, police took his body away. 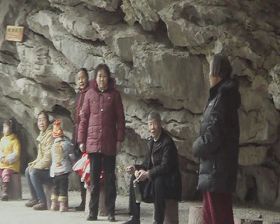 The happy family of Mr. Xie Deqing and his daughter, Xie Weiqiong

Mr. Xie, his daughter Ms. Xie Weiqiong, and his daughter-in-law died as a result of persecution

Framing the innocent and extorting money from them

When Ms. Wang Hongxia from Anyue County in Sichuan Province, Mr. Shi Bingjun from Wuxi City in Jiangsu Province, and Mr. Wei Kedong from Jilin Province traveled to Shuangliu Town in Jiujiang County the evening of June 9, 2011, on tea business, more than 30 Chengdu police agents arrested them without notifying their families. The police even labeled them as drug addicts during the arrest.

Ms. Wang, 46, was a teacher at Anyue Teachers Training College. She was sent to forced labor camp twice and tortured. Her family was also affected. Her 20-year-old son could not find a job. Ms. Wang planned to go into the tea business and wanted to help her son to open a computer repair shop. However, agents from Chengdu 610 Office and Domestic Security Division arrested them, confiscated merchandise, and took them to the Xinjin Brainwashing Center.

According to local police, the head of the brainwashing center is Zhou Yongkang, and the local police have no control over it.

When Ms. Yang Shuhua and Ms. Yang Shujun were sent to Pi County Detention Center on March 6, 2007, their third uncle and mother died from sadness soon afterwards. When Ms. Yang Shujun was arrested on March 27, 2012, her fifth uncle and wife were so upset that they died not long after. Now, there is only a school-aged child left at home unattended. When the child went to the Xinjin Brainwashing Center to visit his mother, brainwashing officers refused to allow it.

“The Story of Mr. Yang Baochun: How the CCP Uses Psychiatric Hospitals to Persecute Falun Dafa Practitioners in China ”