Home > Persecution > Accounts of Persecution
Former Accountant Faces Trial for Her Faith, Family Threatened Not to Speak Up for Her
Oct. 10, 2021 | By a Minghui correspondent in Guangdong Province, China

(Minghui.org) A Guangzhou City, Guangdong Province resident is facing a court hearing on October 15, 2021, for her faith in Falun Gong, a spiritual discipline that has been persecuted by the Chinese communist regime since 1999. 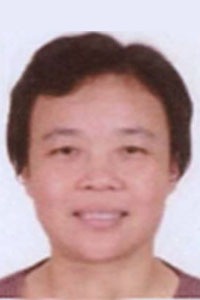 Ms. Zhang Chunhe, a 62-year-old former accountant, was arrested at home at 8 p.m. on April 10, 2021, after the police deceived her into opening the door by claiming that she needed to do a coronavirus test.

The police ransacked Ms. Zhang’s home. Her Falun Gong books, computer, MP3, flash-drive, cellphone and tablet were confiscated. After she was taken to the police station, the police put a seal on her door, which read, “Sealed by the Xiyuan Police Station of Zengcheng District, Guangzhou City.” She has been held at the Zengcheng District Detention Center since.

Through her lawyer, Ms. Zhang asked her family to put away the 80,000 USD she kept at home. Her family made numerous requests, but the police didn’t remove the seal and allow them to go inside the home until three weeks later. Ms. Zhang’s family couldn’t find the money, despite having searched everywhere several times. They again asked the lawyer to ask Ms. Zhang where exactly she had placed the money, but they still couldn’t find anything after repeated searches.

Ms. Zhang’s family understands that there is no evidence of who took the money, but they said they are positive that the money would not have disappeared had the police not ransacked her home.

Her family also visited the police station many times and demanded her release. The police refused to release Ms. Zhang and threatened the family, ordering them not to speak up for their loved one.

In June 2021, Ms. Zhang’s family filed complaints with the Guangzhou City Procuratorate and the Guangdong Province Procuratorate. Their arguments included the following points: 1) No law has ever criminalized Falun Gong in China; 2) Ms. Zhang was merely practicing her faith and striving to be a good person; and 3) No evidence indicated how she had “undermined the law enforcement” – the standard pretext used by the authorities to imprison Falun Gong practitioners.

Ms. Zhang has also written at least five letters to the police herself to explain the facts about Falun Gong and demand her release.

It’s reported that the police have begun to monitor the phone calls of Ms. Zhang’s family members, as well as Falun Gong practitioners who had contact with her.

After Ms. Zhang was arrested, the local police and various residential committees frequently harassed Falun Gong practitioners across the province, and ordered them not to contact each other or get involved in the efforts to rescue Ms. Zhang. Many practitioners were summoned to their local police stations and interrogated. One practitioner was detained for a day after the police found she’d contacted another practitioner through WeChat to discuss details about how to secure Ms. Zhang’s release.

Ms. Zhang’s family also told a Minghui correspondent that the police were monitoring her banking activities very carefully. Some practitioners in other cities have been asked by the police why they borrowed money from Ms. Zhang.