After 11 Years of Incarceration, Woman Given Another 12 Years for Suing Former Communist Party Leader

(Minghui.org) A woman in Chaoyang City, Liaoning Province, is emaciated and near death after being tortured for her faith in Falun Gong over the past three years.

Ms. Jiang Wei is serving a 12-year prison sentence for suing Jiang Zemin, the former leader of the Chinese communist regime who launched the persecution of Falun Gong, a mind-body practice, in 1999.

The 20-year-long persecution has ruined Ms. Jiang’s life. Prior to her latest imprisonment, Ms. Jiang was incarcerated in a forced labor camp for three years and in a prison for eight years. Her husband left her due to the pressure of the persecution. She was given unknown drugs in a psychiatric hospital when she was in the labor camp. She eventually developed stomach cancer.

Ms. Jiang filed the criminal complaint against Jiang in June 2015 and was subsequently arrested in November of that year. She appeared in the Shuangta District Court on March 21, 2016, and was eventually sentenced to 12 years. She was taken to Liaoning Women's Prison on October 23, 2016.

Ms. Jiang said in the complaint, “Because of the persecution, I lost my freedom and my family. I wasn’t allowed to be a daughter, a wife, or a mother. The bitterness and sadness of being separated from my family was overwhelming.” 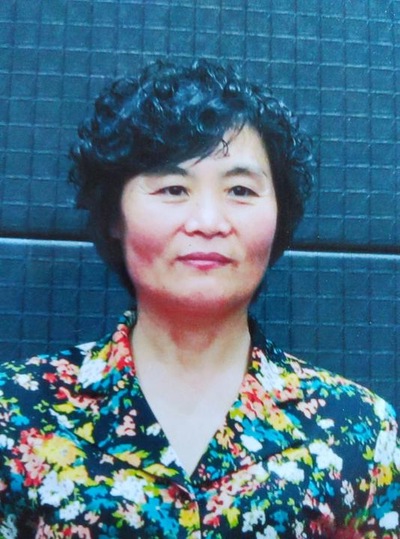 Ms. Jiang was put in solitary confinement in July 2018. The space was so small that she could not stand up. She ate, slept, and relieved herself all in that place. It was hot and stuffy and there were flies and insects everywhere. Ms. Jiang began to vomit uncontrollably and suffered generalized edema. Fifteen days later, she was rushed to a hospital.

In April 2019, Ms. Jiang was transferred to an “intensive training unit” that was dedicated to torturing Falun Gong practitioners.

She was often beaten and not given anything to eat. She lost a tremendous amount of weight and was on the verge of breaking down.

During her previous terms, Ms. Jiang almost lost her life due to torture.

After she ended up in Masanjia Forced Labor Camp in October 1999 to serve a three-year term, the guards shocked her with electric batons on the sensitive parts of her body. She had to do unpaid labor 17 hours a day and was often whipped with metal wires until she passed out. She was put in solitary confinement for 31 days, force-fed, and stretched in contorted positions until she lost the ability to take care of herself.

Near death, Ms. Jiang was transferred to a mental hospital in Shenyang City and given an injection that damaged her central nervous system and made her lose her memory.

She was also given six bottles of unknown IV infusions, three doses of unidentified pills, and other injections for two days until she became unresponsive.

The hospital staff also tied her up and applied high-voltage electric shocks to her head and limbs. She screamed incessantly until a nurse stopped it, seeing that she was dying. Not wanting her to die in their custody, the labor camp authorities extorted tens of thousands of yuan from her family before releasing her on medical parole in June 2002.

Ms. Jiang was arrested again on April 2, 2004, and sentenced to eight years.

She was force-fed concentrated salt water for five months in the detention center before being moved to Liaoning Women's Prison in September 2004.

The guards ordered several prisoners to hit her with mop handles and brooms. They stomped on her chest and injured her lungs. She could not breathe and was admitted to the hospital.

Ms. Jiang was locked up in a small confinement chamber for six and a half months. Cold and hunger caused her to vomit daily, and she eventually developed stomach cancer.

She was forced to lie in bed and tied up in a spread-eagle position for days at a time–the longest lasting more than 40 days. She struggled in vain and could not move when she was released.

“Air Force Officer and Wife Persecuted for Their Faith”