(Minghui.org) Ms. Jiang Wei was preparing for her daughter's wedding on November 9, 2015 when a group of policemen broke into her home and arrested her. 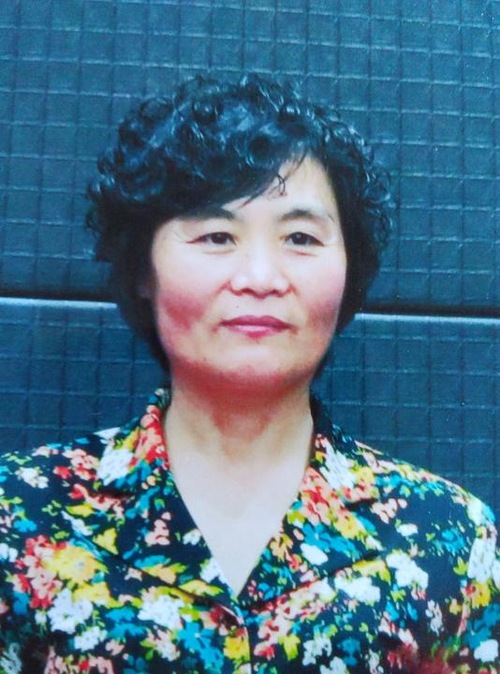 The Chaoyang City resident's latest arrest followed an 11-year incarceration lasting from October 1999 to June 2012. These eleven years were not continuous; Ms. Jiang had been repeatedly released, and then arrested for refusing to give up her belief in Falun Gong.

Ms. Jiang holds former Chinese Communist Party leader Jiang Zemin responsible for launching the persecution of Falun Gong that resulted in her ordeal. She filed a lawsuit in June 2015, only to be arrested five months later.

Ms. Jiang once ran a hotel. She had about 30 prostitutes working for her, which pulled in big profits every year.

She didn't feel anything unusual about her use of prostitutes, as such practice was common in mainland China. But after she began the practice of Falun Gong in 1998, she realized that what she did was immoral, and immediately disbanded her group of prostitutes.

Ms. Jiang was baffled when Jiang Zemin started to openly attack Falun Gong in 1999. She wondered how a practice that teaches her to be a good person be harmful to society as Jiang's regime claimed. She was determined to seek justice for Falun Gong, but her appeal to the government and the public resulted in her three-year labor camp detention and eight-year imprisonment.

Her once-happy family was shattered as a result of her time spent in incarceration. Her husband divorced her prior to her release from the forced labor camp in June 2002, and her two daughters grew up without her care in these years.

During Ms. Jiang's arrest in 2004, one of her daughters was also detained for two months and forced to pay 3,000 yuan.

Tortured for Three Years in Masanjia

Ms. Jiang was given three years of forced labor in October 1999, after she appealed in Beijing for the right to practice Falun Gong. She was tortured at Masanjia Forced Labor Camp, which she documented in her criminal complaint against Jiang.

Ms. Jiang detailed an intensive 23-day torture session that she underwent while she was held in Division 2 of the labor camp.

“I refused to recite the labor camp rules and was put through a 23-day nonstop torture session. Four inmates beat me in such a way that I would sustain only severe internal injuries with no visible wounds.”

“They hung me up during the next few days, before letting me down and making me stand for extended periods of time in a cold room without climate control.”

“My face and body became swollen after the abuse, so I went on a hunger strike to protest the brutality. I was only beaten further.”

“The guards forced me to sit on the cement floor in an office and took off my shoes and socks. Two guards stepped on my legs and shocked my chest and the soles of my feet with electric batons for more than 30 minutes.”

Despite the excruciating pain, Ms. Jiang refused to renounce her belief in Falun Gong. The guards then transferred her to Division 1 for further torture.

Ms. Jiang also witnessed how the labor camp lied about its treatment of Falun Gong practitioners.

She ran to the reporters in an attempt to tell them what she and other practitioners really went through at the hands of the camp guards, but the reporters turned a deaf ear to her.

It was then that she realized they were filming propaganda programs attacking Falun Gong.

Ms. Jiang and other practitioners were also ordered to make clothing in a sweatshop for up to 17 hours a day without pay. The guards once forced them to work 36 hours straight without eating or sleeping in order to meet a production deadline. Many people fell ill as a result of the intensive labor and horrid conditions.

At one point, Ms. Jiang was kept in solitary confinement for 31 days. She was forced to lie down on a cushion spread out on the floor in a room without heat. She wasn't allowed to put on her coat, and was denied blankets. She became disoriented after 31 days. Instead of giving her medical attention, the guards cuffed her spread-eagle to a bed before force-feeding her.

She gradually lost her ability to take care of herself and became critically ill.

In response to Ms. Jiang's condition, the guards sent her to a mental hospital, where she was held for 29 days before her critical condition caused her to be released.

She didn't have any memory of her hospital stay, and it was a woman named Qu Guilan who told her what happened. Qu was assigned by the labor camp to watch Ms. Jiang around the clock.

According to Qu, Ms. Jiang was given six bottles of IV injections and three doses of unidentified pills every day during the first few days, after which the guards switched to daily electric shocks.

In about one month, Ms. Jiang was on the verge of death. The labor camp demanded 10,900 yuan from her family before releasing her on medical parole in June 2002.

Ms. Jiang was arrested at her home on April 2, 2004. Several dozen officers ransacked her home and confiscated 21,000 yuan in cash, an expensive watch, some computers, and Falun Gong books. When her daughter asked the officers to show a warrant, she was also arrested, detained for two months, and forced to pay 3000 yuan.

Ms. Jiang was force-fed concentrated salt water for 5 months in the detention center before she was moved to Liaoning Women's Prison on a 8-year term in September 2004.

Once, guards ordered several prisoners to beat her with mop sticks and brooms. They stomped on her chest and injured her lungs. She could not breathe and was admitted to the hospital.

Ms. Jiang was locked up in a small confinement chamber for six and a half months. Cold and hunger caused her to vomit daily, and she eventually developed stomach cancer.

She was tortured on a “death bed” for days at a time–the longest lasting more than 40 days. She struggled in vain and could not move her body at all when she was released.