(Minghui.org) A 69-year-old woman in Wuhan City survived five years of imprisonment and abuse, only to die 19 days later on New Year’s Day in 2018.

Ms. Cui Hai’s death capped a decades-long ordeal she suffered for upholding her faith in Falun Gong, a spiritual discipline being persecuted by the Chinese communist regime. 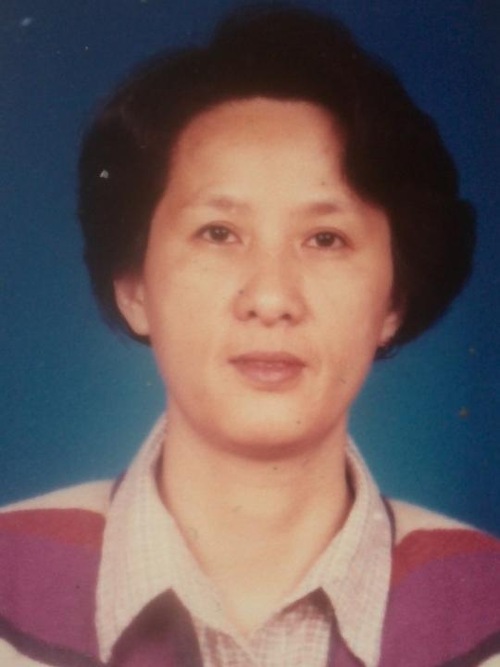 Ms. Cui began practicing Falun Gong in 1996 and soon saw her gallstones, stomach problems, and gynecological diseases disappear. A healthy body enabled her to stay focused at work, and she was promoted to general manager of the Guangzhou Office of the Wuhan City Chemicals Import and Export Company.

Ms. Cui’s life was disrupted when the persecution of Falun Gong began in 1999. Her company fired her after she served three years in prison following her arrest on May 13, 2000.

Her fifth and last arrest took place on October 18, 2012. She was moved from one detention facility to another, including Hubei Province Brainwashing Center, an extralegal facility used to hold Falun Gong practitioners.

Ms. Cui recounted her ordeal during her 70-day detention at the brainwashing center. She went on a hunger strike in protest and was brutally force-fed. She was also beaten and deprived of sleep on a regular basis. For a period of time, she was given food laced with drugs, which caused her to experience weakness in her legs and memory loss.

By the time she was ordered to appear in court on December 20, 2013, Ms. Cui had been severely injured and moved to the police-owned Ankang Hospital. Hours before her hearing, she had sharp stomach pain but was made to go through the entire session.

Ms. Cui was sentenced to five years in prison on January 6, 2014. Her lawyer visited her at Ankang Hospital three days later and learned that she was taken to Xiehe Hospital for an examination five days after her court appearance due to her worsening condition.

The lawyer filed an appeal the following day, but the Intermediate Court in Wuhan City ruled in early April 2014 to uphold the guilty verdict against Ms. Cui. She was soon admitted to Wuhan City Women’s Prison to serve out her term.

Ms. Cui was made to go through intensive brainwashing sessions at the prison. She was monitored around the clock, even when she used the restroom or took showers.

Ms. Cui was also forced to climb up and down stairs three to four times each day. There were more than 200 detainees in her division, and she was always the last one allowed to take a shower. By the time it was her turn, the hot water had run out.

Despite her suffering, Ms. Cui used every opportunity to talk to other inmates about the persecution of Falun Gong. She urged them to quit the Chinese Communist Party and its youth organizations.

Ms. Cui was emaciated when she was released on December 13, 2017. During her final days, she wrote down from memory the names of inmates whom she successfully persuaded to quit the CCP. She told her family that she only wanted people to know that the CCP’s persecution of Falun Gong is wrong.

A woman in her 20s nicknamed Xiaohong. She often pulled the force-feeding tube in and out of practitioners’ nostrils to make them suffer even more.

A man surnamed Chen who is the deputy director of the brainwashing center.

Wang Yan (female, around 40): head of the Domestic Security Office

Wu Zhiguo and Liu Hua (both male, around 40): officers at the Domestic Security Office.

See the original Chinese article for a complete list of perpetrators responsible for Ms. Cui’s persecution.

Dying Woman Sent to Prison, Family Not Allowed to Visit

Four Practitioners, Including One in Critical Condition, Appeal Their Illegal Sentences and Request Immediate Release

“A Solemn Fahui–What I Saw in Other Dimensions”

“My Understanding of Serving Others”