(Minghui.org) A woman in Shenyang City had gone insane by the time she was released from prison on April 14, 2017. Ms. Xing Anmei’s family attributes her mental state to the torture and abuse she suffered during her year-long detention.

Ms. Xing was having breakfast with her husband and their two children at a local diner on April 14, 2016, when police showed up and seized her entire family. One officer revealed that the family was targeted because they had filed a criminal complaint against former Chinese dictator Jiang Zemin for launching the persecution of Falun Gong that resulted in their past arrests. 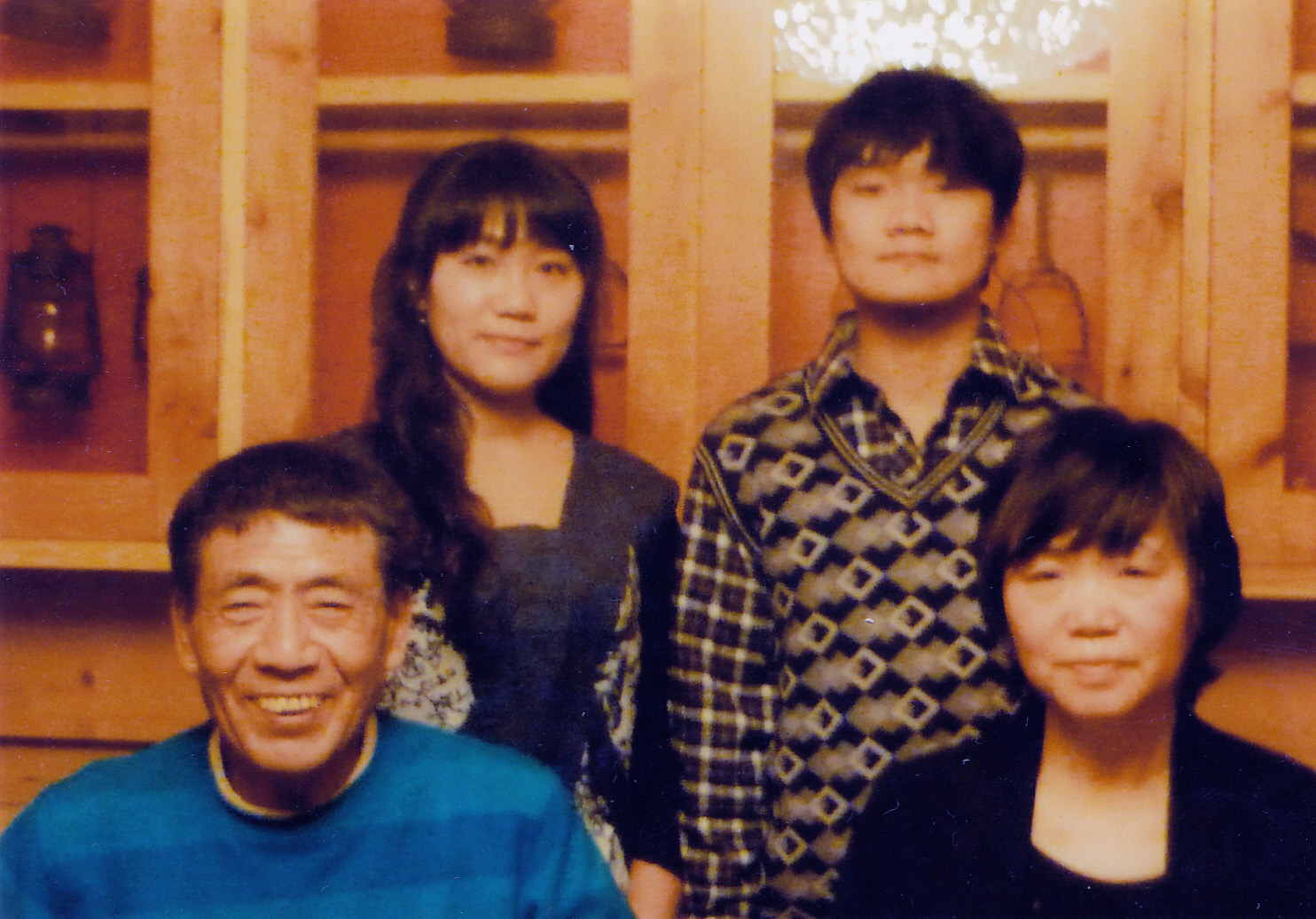 Ms. Xing, her husband, and their two children

Ms. Xing’s son, Mr. Sun Yingnan, who does not practice Falun Gong, was released a month later. His sister, Ms. Sun Yingying, who practices Falun Gong with her parents, was granted bail and put under house arrest the same day. The young woman said her brother was limping and appeared dazed after they both returned home. He told her that the police had beaten him. For a period of time, he didn’t dare leave home and had trouble functioning.

Ms. Xing told her children when they visited her in Shenyang City Detention Center that she was being tortured on a regular basis. She was once beaten so badly that her teeth were knocked out and that she had trouble swallowing and experienced dizziness, fatigue, heart palpitations, and nausea. Another time, she said, two inmates sat on her legs and two others twisted her arms behind her back, severely injuring her left shoulder and left arm.

Ms. Xing was no longer herself when she was released in April 2017. While she struggles to recover, her husband remains in Benxi Prison.

The persecution has led to the deaths of many Falun Gong practitioners over the past 18 years. More have been tortured for their belief and even killed for their organs. Jiang Zemin is directly responsible for the inception and continuation of the brutal persecution.

In its “registration system reform opinions,” the Supreme People's Court in China claimed that it would guarantee the registration and processing of all complaints filed. This new policy took effect on May 1, 2015.

Father and Daughter Sentenced to Prison for Suing Jiang Zemin

Family of Four from Shenyang Detained for Suing Jiang Zemin