(Minghui.org) While a mother and father were still mourning the beating death of their older son, they were dealt another blow as their younger son died in police custody this April.

Fast forward three years later – his younger brother Mr. Yang Zhongsheng died in custody within 11 days of his arrest for his faith in Falun Gong. He was also 38. 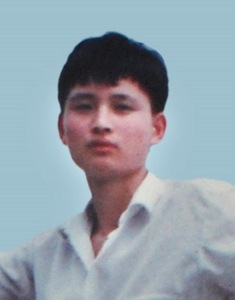 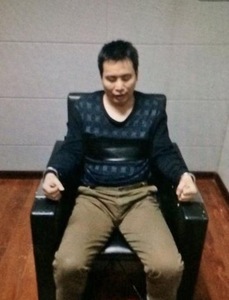 Originally from Ruian City, Zhejiang Province, the Yang brothers worked in Zhengzhou City, Henan Province, where they both lost their life for exercising their constitutional right to freedom of belief.

Zhengzhou police claimed that the younger brother died as a result of a hunger strike, but his parents were positive that he was also beaten to death just like his older brother.

The younger Mr. Yang’s parents had been worrying about him ever since his latest arrest on April 10 of this year. Their worst fear materialized when Zhengzhou police called them on April 27 notifying them of his death on April 21.

They flew to Zhengzhou on May 4 and were heartbroken to see a badly bruised body. Mr. Yang’s crown was swollen and there was blood oozing out of the openings on his face. His nose and ears was stuffed with cotton balls. Four of his teeth were gone and replaced with false teeth. There were dark marks on his abdomen, and the tip of his penis appeared burnt. All his nails were dark, and one finger even dripped blood when Mr. Yang’s father touched it.

The patriarch in the family was so devastated that he fell ill and stayed hospitalized for one week, during which time the police forcibly carried him out to the police department to sign the paperwork required to cremate his son’s body.

Zhengzhou authorities pressured Mr. Yang’s parents to waive their right to pursue legal actions by promising them a total of 600,000 yuan as compensation for their two sons’ deaths.

The elderly couple was met with Ruian 610 Office agents shortly after their airplane touched down at the local airport on May 17. They were driven straight to a cemetery to have their younger son’s ashes buried. They are now under 24/7 surveillance.