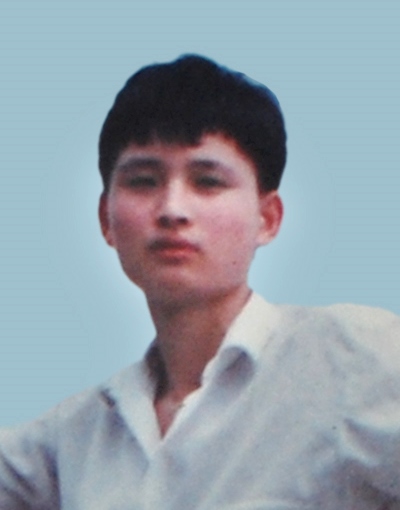 Mr. Yang Zhonggeng, 38, was a Falun Gong practitioner from Ruian City, Zhejiang Province. He was tortured to death by police in Zhengzhou City, Henan Province. His body is still being held at the Lingbao Detention Center in Henan.

Upon seeing his body, Mr. Yang's parents and other family members were stricken with grief. His mother lost consciousness due to the deep sorrow and shock. She has been unable to speak to this day.

Mr. Yang was beaten and tortured while in police custody until he was on the verge of death. He was then transferred to the Lingbao Detention Center. He passed away on June 28, just five days after the arrest.

Mr. Yang had also been arrested for his belief in Falun Gong in December 2000 in Rushan City. He suffered inhumane torture—including being shocked with high-voltage electric batons and injected with unknown drugs—while in police custody and detention. He was also subjected to brainwashing. He was sentenced to three years in prison with a five-year probation.

Mr. Yang's firsthand account of the persecution he had suffered at that time can be found here:

“Basking in the Wonder of Dafa while in Detention”