In Ms. Chen's family nine people practice Falun Gong and they were persecuted in varying degrees. Her son and granddaughter-in-law were tortured in labor camps, her grandson died in a detention center, and her daughter was tormented to the point of a mental breakdown.

Ms. Chen's grandson, Mr. Wang Jianguo, was tortured in a labor camp for two years. On March 2, 2006 the police arrested and put him in a detention center. To protest Mr. Wang went on a hunger strike. He died as a result of force feeding 40 days later at the age of 30. 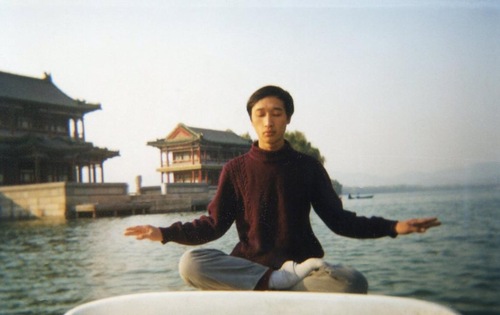 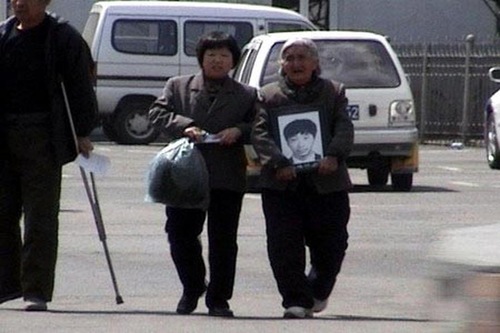 The police arrested Ms. Chen's son Mr. Wang Shusen in August 2001 and relentlessly tortured him. He was then put in forced labor camps for two years, forced to perform hard labor, and given very little food.

Ms. Chen's granddaughter-in-law, Ms. Zhao Qiumei, was arrested six times. She was incarcerated, brainwashed, and put in forced labor camps twice for a total of three years. She was beaten, shocked with electric batons, injected with unknown drugs, and eventually developed a severe heart condition from the torture.

Ms. Wang Xiufen, Ms. Chen's daughter, was arrested many times because of her practice. She was put in Heizuizi Women's Labor Camp in March 2000. In an attempt to force her to give up the practice, the guards kept her awake for three weeks and brutally tortured her.

She was placed on the backs of two wood chairs, with four men holding her arms and legs down, so that her body was suspended in the air. This is called the “flying torture.” The guards stripped her and shocked her with seven electric batons. Ms. Wang lost consciousness due to the excruciating pain.

The next day the guards wanted Ms. Wang to sign five statements to renounce her belief and promise that she would stop practicing. When she refused, she was given the “flying torture” again. Later the guards put unknown drugs in her drinking water and food, causing her to be disoriented. Her skin turned gray within three weeks. She became emaciated and spoke incoherently.

When she was released, she was still mentally unstable. Three days later the local police forced her to leave Jilin City and go out of town to her husband. The police escorted her to the train station and revoked her residence registry in Jilin. Her husband, seeing her condition, divorced her. She is now unable to work without her registry and is now financially dependent on other family members.

Below are previous reports regarding the persecution of Ms. Chen Shuhua's family members: