(Minghui.org) When a young man received a flyer in the city center of Sydney two days ago, he was shaken by the information: prisoners of conscience in China, the majority of whom are Falun Gong practitioners, are being killed for their organs by the Chinese Communist regime. He, and many other people in Sydney that day, were shocked to learn that such atrocities exist, targeting innocent people who practice a peaceful spiritual belief.

Falun Gong practitioners from all over Australia were out on Broadway on September 5 to raise awareness about the atrocities taking place in China. They were in Sydney to attend an experience sharing conference and used the opportunity to reach out to the public to gather support for the worldwide movement to bring the chief perpetrator of the persecution, former president Jiang Zemin, to justice.

The young man, with many other pedestrians, quickly showed their support for those persecuted in China. Large numbers of people signed a form supporting Falun Gong practitioners' efforts to bring Jiang to justice. 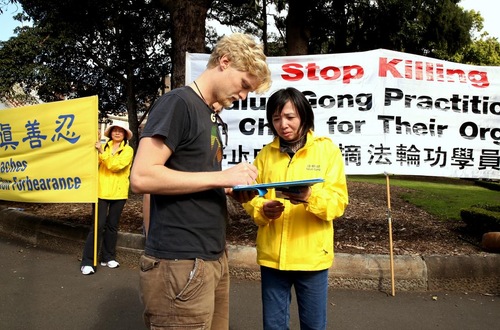 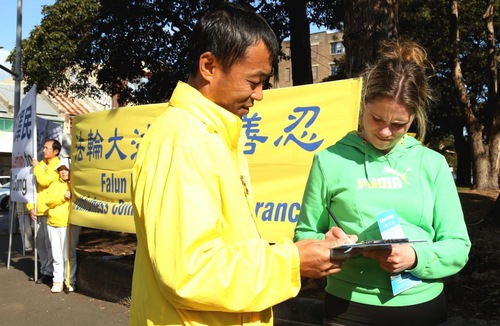 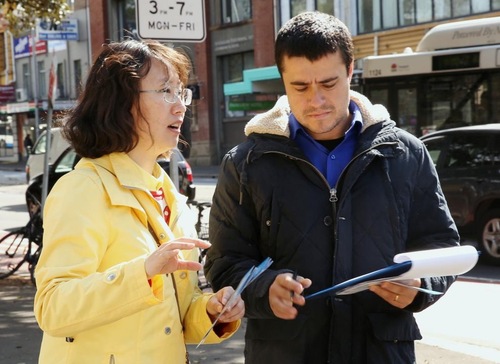 Falun Gong practitioners in Sydney expose the persecution and discuss the current legal efforts to bring the main perpetrator to justice. Many people signed the form to support the plaintiffs in China who have filed criminal complaints against Jiang Zemin in China's highest courts.

Many passersby were already aware of the persecution and the forced organ harvesting crimes. One woman said to practitioners as she signed the form, “You are doing the best thing. The situation will change.”

Many gave practitioners the thumbs up as they drove by the area. One man rolled down his car window and reached out for a copy of the informational materials. Chinese students at the nearby University of Sydney took pictures of the Falun Gong banners.

Prior to leaving, the young man who'd just learned about the persecution from the flyer patted the shoulder of a practitioner and said, “You are brave to be doing this [collecting signatures] here. Good job and good luck!”

A New Level of Awareness

The general public in Australia has shown a new level of awareness of the persecution in China since a primetime public television program in April spotlighted the Chinese regime's organ harvesting atrocities. 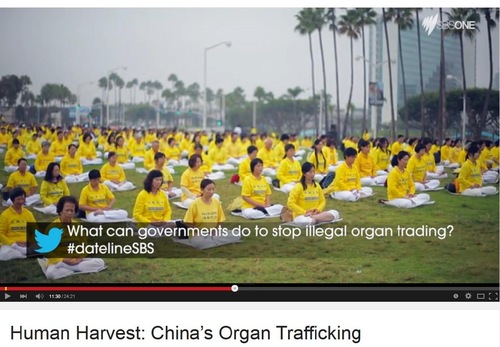 Human Harvest: China's Organ Trafficking, broadcast on a national public television network in Australia, posed the question: “What can governments do to stop illegal organ trading?”

Human Harvest: China's Organ Trafficking, a 25-minute documentary on China's practice of killing prisoners of conscience for their organs, was broadcast on SBS One's “Dateline,” the longest-running international current affairs program in Australia.

“It Took Me Three Years to Understand a Fa Principle”