(Minghui.org) More Canadian law makers have sent letters to Canada Falun Dafa Association, praising how Master Li Hongzhi and Falun Dafa practitioners have enriched Canadian society. They also pledge to support efforts to protect freedom of belief and end the persecution of Falun Dafa in China. Several Ministers within Canada's federal government have also sent letters of support, and fifteen other Members of Parliament and Senators attended a rally in support of Falun Dafa on Parliament Hill.

Leaders of the Green Party: 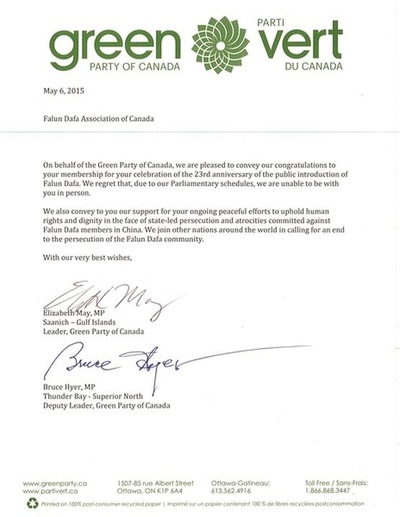 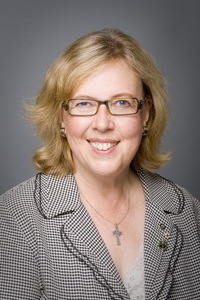 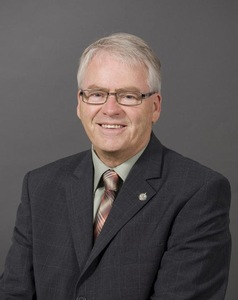 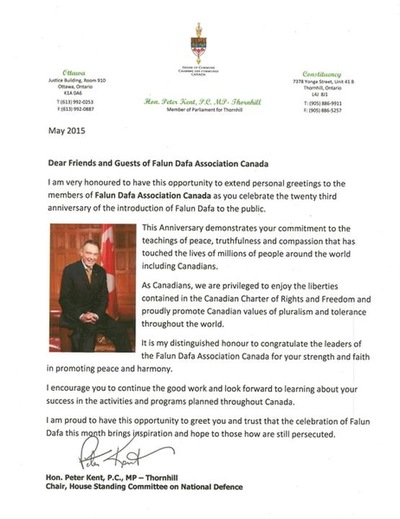 “This anniversary demonstrates your commitment to the teachings of peace, truthfulness and compassion that have touched the lives of millions of people around the world including Canada.” 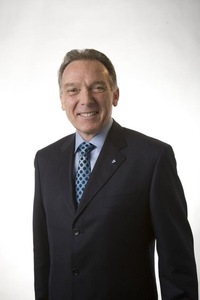 Chair of the Standing Committee on Justice and Human Rights: 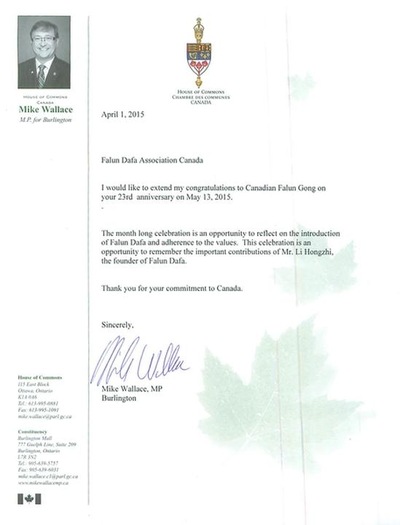 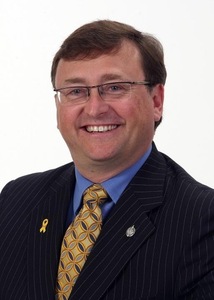 MP Mike Wallace, the chair of the Standing Committee on Justice and Human Rights 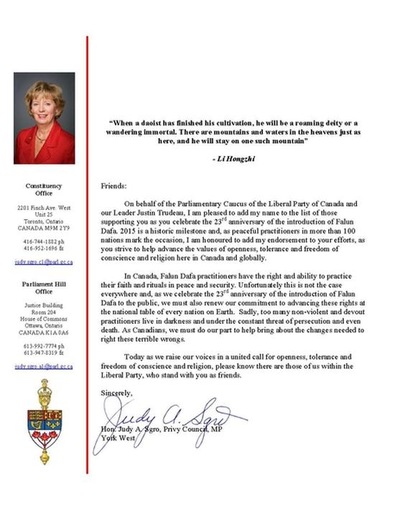 “I am honoured to add my endorsement to your efforts, as you strive to help advance the values of openness, tolerance and freedom of conscience and religion here in Canada and globally.” 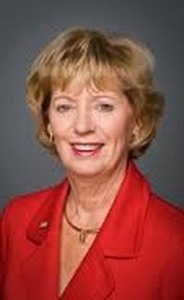 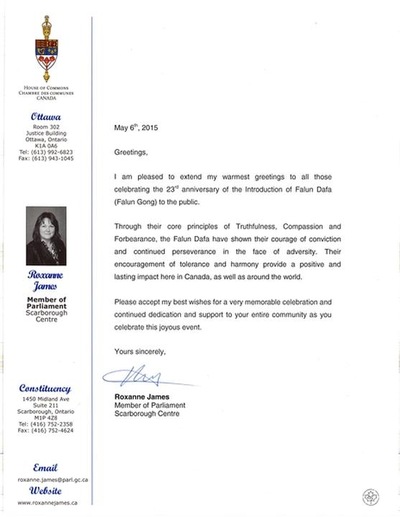 “Through their core principles of Truthfulness, Compassion and Forbearance, the Falun Dafa have shown their courage of conviction and continued perseverance in the face of adversity. Their encouragement of tolerance and harmony provide a positive and lasting impact here in Canada, as well as around the world.” 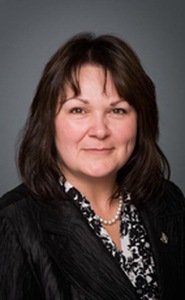 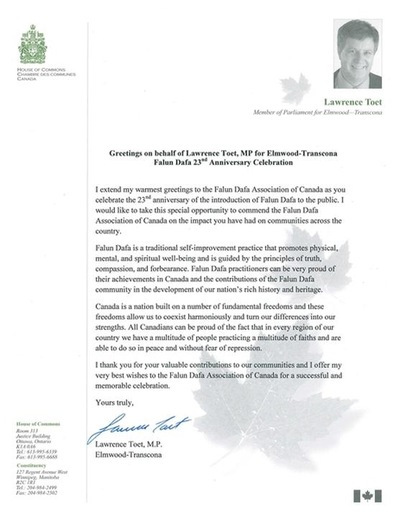 “Falun Dafa practitioners can be very proud of their achievement in Canada and the contributions of the Falun Dafa community in the development of our nation's rich history and heritage.” 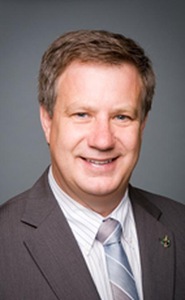 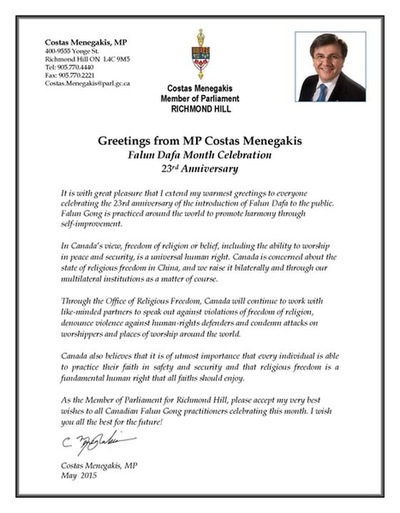 “In Canada's view, freedom of religion or belief, including the ability to worship in peace and security, is a universal human right. Canada is concerned about the state of religions freedom in China, and we raise it bilaterally and through our multilateral institutions as a matter of course.” 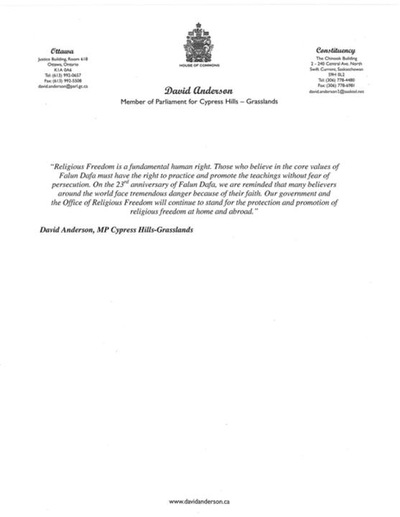 “On the 23rd anniversary of Falun Dafa, we are reminded tht many believers around the world face tremndous danger because of their faith. Our government and the Office of Religions Freedom will continue to stand for the protection and promotion of religions freedom at home and abroad.” 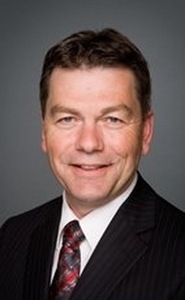 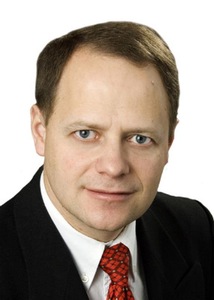 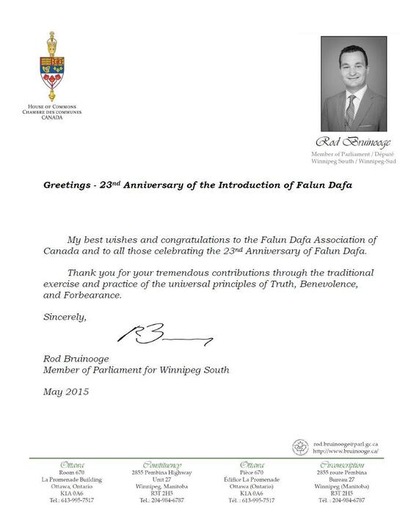