(Minghui.org) The brutality of the persecution of Falun Gong has known no bounds. The regime has subjected practitioners to unimaginable forms of torture in attempts to force them to renounce their faith.

In some cases, when practitioners were on the verge of death or unconscious, they were treated as if they were already dead. Some were sent to a funeral parlor or crematorium, some set on fire by the police and filed as cases of self-immolation (a communist regime-fabricated incident to defame Falun Gong), and some had their organs harvested while still alive.

Public security agents involved knowingly committed such crimes to cover up evidence of brutal torture or to supply a lucrative organ trafficking operation. While a few victims were lucky enough to survive, the majority were mercilessly killed.

Mr. Lei Jingxiong and Ms. Liu Weishan's were rare cases where they escaped death after having been sent to a crematorium. Mr. Lei Jingxiong from Jiahe County, Hunan Province was 24 years old when he was arrested on August 18, 2004. He was severely tortured at the Tianxin Police Department and lost consciousness.

The police rushed him to a crematorium. Just as he was about to be cremated, a female officer noticed a slight movement. She said to the others, “He's not dead. We can't cremate him.” The others wanted to ignore it, saying, “He is so far gone, might as well be dead. Plus we're already here.” The female officer's insistence ended up saving Mr. Lei's life—he was later sent to the Changsha Central Hospital and survived.

A similar incident happened to Ms. Liu Weishan, a school teacher from Xiangyang City, Hubei Province. Ms. Liu was unlawfully sentenced to prison in October 2002 for practicing Falun Gong. While at the Wuhan Women's Prison, she was subjected to brutal torture and was hung up for long periods of time. She was in critical condition and hospitalized on January 31, 2006. Her identity was kept secret from the hospital during the registration process.

Mr. Liu remained in a vegetative state at the hospital for the next five years. In August 2011, soon after she was transferred to the hospital's new building, officials from the Xiangyang City 610 Office and the hospital party secretary Fan Zhiyong made the decision to send her to a crematorium, despite the fact that her heart was still beating. Luckily, the staff at the crematorium refused to proceed with the cremation when they realized that she was still alive.

While a few victims survived, the majority were not so lucky. The following three practitioners were deliberately killed by law enforcement officers.

Falun Gong practitioner Ms. Wang Huajun, a farmer from Baiguo Township in Hubei Province, was severely beaten by secretary Xu Shiqian of the local Political and Legal Affairs Committee and lost consciousness. She was dragged to the Jinqiao Square and set on fire by the police. Her case was filed as “self- immolation.”

According to an eyewitness, Ms. Wang was lying on the ground when she was set on fire. Startled into consciousness by the fire, she struggled to get up but couldn't. She was burned to death at the age of 30. Her body was missing an ear and there were two knife wounds on her neck.

Former employee of the Industrial and Commercial Bank of China, Huaian branch, Mr. Zhang Zhenggang was arrested on March 2, 2000. Guards of the Huaian Detention Center beat him, causing serious brain damage. Mr. Zhang was rushed to the No. 1 People's Hospital and underwent emergency brain surgery. He never regained consciousness.

Though an electrocardiography performed in the evening on March 30 showed signs of life, a plan was already in the making to end his life. More than 40 police officers showed up that night and blocked the hallways leading to his ward. His relatives were escorted to a different room and told to wait.

The police forced the doctor to stop the oxygen and IV administration and give Mr. Zhang an injection of an unknown substance. His body was then taken away by the police and sent directly to a crematorium while he was still breathing. Mr. Zhang was murdered at the age of 36.

Another victim, Mr. Yuan Shengjun, was beaten to death after his death certificate had already been issued. Mr. Yuan, former director of Jiyuan City Bureau of Materials and Equipment, was sentenced to six years in prison on October 7, 2005 for his belief in Falun Gong. Mr. Yuan escaped while being hospitalized at around 5:30 p.m. on October 25 and hid at a farmer's home in Nantao Village, Chengliu Township.

The police seized him after they surrounded the village and forced the village officials to sign paperwork stating that Mr. Yuan was dead when found. The police then threw him into a car and headed toward a crematorium. On the way there, he was beaten to death. His body was covered with wounds and bruises, and was cremated within 24 hours without his family's consent.

Left for Dead in Morgue Freezer

When practitioners lose consciousness due to torture, they are sometimes sent directly to a morgue and pronounced dead so as to get rid of the evidence of torture. In the following three cases, the practitioners were found to be still alive when family members examined their bodies. However, there was little they could do to rescue their loved ones.

Mr. Cheng Xueshan was put into a freezer while still alive. Mr. Cheng is from Jinchuan County in Heilongjiang Province and was arrested on the morning of April 5, 2005. His family received a phone call on April 12 and was told that he had died of a heart attack. When his wife and oldest son got to the morgue in Fuyuan County, half of his body was pulled out of the freezer for his family to have a final viewing. 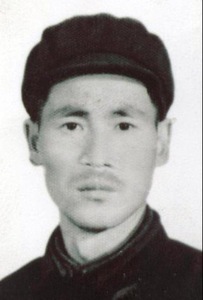 His son later recalled: “My father's head was hanging and his eyes closed. He was lying in the freezer. The skin on the left side of his nose was broken. When I held his head up with my right arm, his eyes opened half way then closed again. Both my mom and I saw it. I said, 'Father is not dead. He is not dead!' Within two minutes, we were forced out of the room. I resisted, but several police officers dragged me out and escorted us back to the hotel. We were never allowed to fully examine his body.”

A similar case happened in Chongqing City. While serving a forced labor term at the Xishanping Forced Labor Camp, Mr. Jiang Xiqing was severely beaten and lost consciousness on January 28, 2009. He was pronounced dead due to a heart attack. His family rushed to the morgue as soon as they found out. 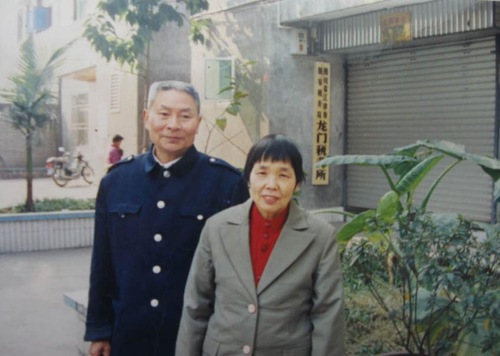 Mr. Jiang Xiqing and his wife

When his family was shown his body, his son touched his face and detected some warmth. He was shocked, “Dad's not dead. He's still alive.” The police officers nervously looked at each other and did not know how to respond. His other son pulled his entire body out of the freezer and also found that his cheek was still warm. He shouted to the police and demanded that they re-check his body.

The police officers tried to quickly push Mr. Jiang back into the freezer, but was stopped by the family. While trying to call the emergency phone number and get an ambulance, Mr. Jiang's family members were dragged out of the room by the more than 20 police officers. Mr. Jiang was cremated alive, despite his family protests and refusal to sign the paperwork.

Another practitioner, Ms. Yang Hailing from Jixi City in Heilongjiang Province, was also left to die in the freezer. She was arrested in March 2002. While at the Mishan City Detention Center, she was beaten by director Ma Baosheng and several inmates on April 11, 2003 for doing Falun Gong exercises. She lost consciousness when director Ma grabbed her by the hair and banged her head on the bed. 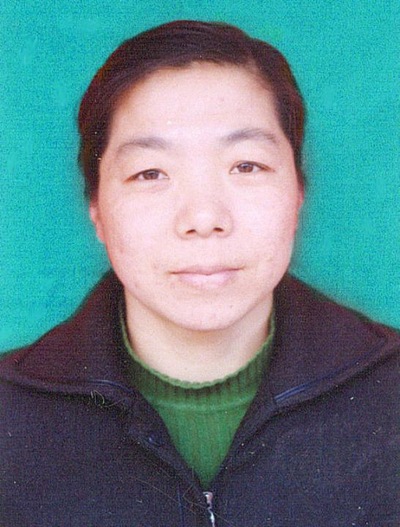 The next day, she was found to have difficulty breathing and was in critical condition. She was sent to the Mishan City People's Hospital and later pronounced dead due to heart failure. When her family arrived at the hospital at around 10 p.m. that night, a police officer took them to the morgue and left them there to view her body.

Her family soon found that her body was still warm. After making sure that she was still alive, they tried to get help but couldn't find anyone at the hospital during after hours. The family helplessly watched Ms. Yang's life slip away as her body grew colder and colder. Ms. Yang passed away before dawn, at the age of 34.

Falun Gong practitioner Ms. Yang Lirong from Baoding City in Hebei Province had her organs harvested while alive. Ms. Yang had been a target of the local authorities since the onset of the persecution and was repeatedly harassed, arrested, and put through brainwashing. 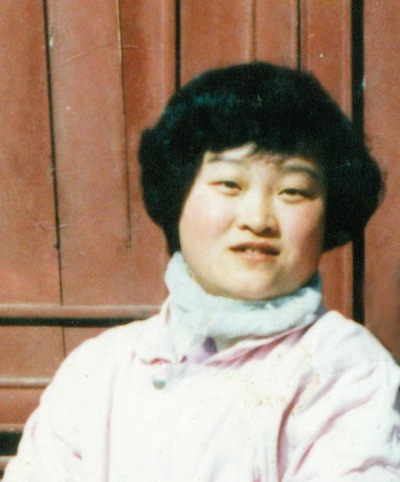 After the local police harassed her and her family on February 8, 2002, Ms. Yang's husband couldn't bear the pressure anymore. The very next morning, he grabbed his wife's neck and choked her to near death. When the police received a phone call from the husband, they came to find that Ms. Yang was still alive. Instead of trying to rescue her, the authorities had her body dissected and her organs harvested. An eye witness later stated, “The dissection was not performed on a corpse, but on a living human being.”

Ms. Yang's tragic end is not an isolated incident. Ample evidence has surfaced and witnesses have exposed the atrocities of state-sanctioned organ harvesting from living Falun Gong practitioners in China. A Chinese surgeon's wife told international media in 2006 that her ex-husband had performed more than 2,000 operations to remove the corneas of living Falun Gong practitioners.

In December 2009, another insider recounted the entire process of the surgical removal of a living Falun Gong practitioner's vital organs. He remembered that the event took place on April 9, 2002, in one of the operating rooms at the No. 15 building of the General Hospital in Shenyang Military Region of the People's Liberation Army.

The victim was reported to be conscious and alive while her organs were removed. The witness described, "No anesthetics were used. They cut her chest open with a knife, with their hands not even shaking. ... Then 'Ah!' she shouted loudly once. ... first taking out the heart then the kidney. When her cardiac veins were cut by the scissors, she started twitching. It was extremely horrible. I can imitate her voice for you, although I couldn't imitate it well. It sounded like something was being ripped apart, and then she continued "ah." After that her mouth stayed wide open, with both her eyes opened wide. Ah... I don't want to continue."

The witness revealed that the victim was a female school teacher in her thirties. Her son was only 12 years old at the time.

After the organs were harvested, the victims' bodies were cremated to cover up the crime. Researchers estimate that over 60,000 Falun Gong practitioners have been killed for their organs. Such operations were conducted in extreme secrecy—many practitioners just disappeared from the prison and detention center system and were never seen again.

“I Was Unaffected by Brainwashing Tactics”