(Minghui.org) Accompanied by half a dozen police cars with blaring sirens, a court van stopped at the back door of Jianshanqu Court on the morning of January 21, 2015. Several police officers lifted a woman in her 50s from the floor of the rear section of the van and carried her inside. She was handcuffed, had her eyes closed and looked very weak.

The woman, Ms. Sun Shujie (孙淑杰), was put on trial at Jianshanqu Court in Heilongjiang Province following her recent arrest on June 4, 2014, for practicing Falun Gong. She had been held in the Shuangyashan detention center, where due to mistreatment her health deteriorated significantly. However, the authorities with the local Political and Legal Affairs Committee and the 610 Office still put her on trial. 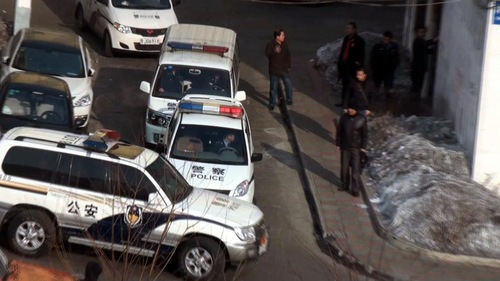 Photo: Some of the police cars involved in the trial of Ms. Sun Shujie

Only two family members were allowed to be in the court room. Ms. Sun's family and friends waited outside the court in the early morning despite a below -10ºC (or 14°F) temperature.

Ms. Sun Speaks in Her Own Defense

Except for Ms. Sun's two family members, all those present at the trial were there because they'd been ordered to attend, including Gao Zhixin, president of the tribunal, two procurators, four 610 Office agents, police officer and other court staff.

Ms. Sun vomited several times during the trial. She was so weak that she could not remain seated without the court staff's assistance. Her head kept shaking. Although her tongue was stiff and she spoke slowly, she defended herself: “It is my right to practice Falun Gong. You guys have been brainwashed and thus persecute Falun Gong practitioners.”

She continued, “I remained silent during the interrogations. The officers manipulated the record.” The attorney also spoke up on behalf of his client. Although the judge rarely interrupted the attorney, the procurator asked that Ms. Sun be sentenced from three to seven years.

The area outside the courthouse was packed with police cars. A man videotaped Ms. Sun's relatives and friends. The court office was closed to the public, even though the front gate was surrounded by many people waiting to take care of normal business. 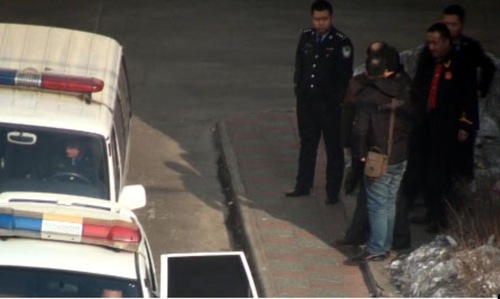 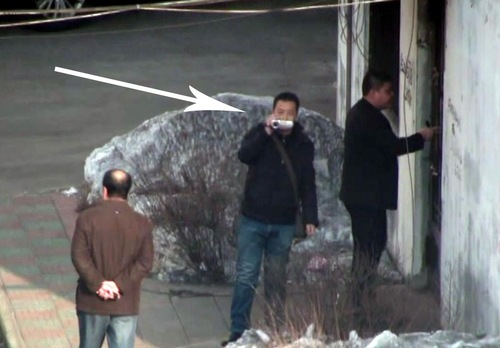 After the trial, Ms. Sun collapsed. Four officers carried her to the court van and took her back to the detention center. 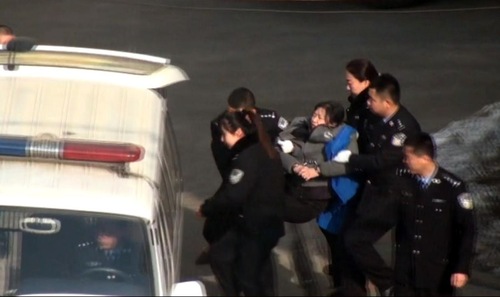 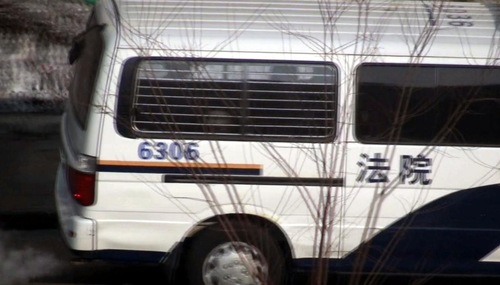 Photos: Ms. Sun Shujie was carried out to the van after the trial

Ms. Sun, head of the Forest Protection Site of the Shuangyashan Coal Mining Group, has been arrested fourteen times and sentenced to forced labor three times since the persecution of Falun Gong began in July 1999. She was taken to an emergency room nine times. In addition, her family was broken up as a result of the on-going persecution.

(Please refer to the original Chinese article for more people and offices involved in the persecution.)

“My Home: A Stage for Clarifying the Truth”