(Minghui.org) Officers from the Yonghong Police Station arrested Ms. Sun Shujie on June 4, 2014, while she was distributing materials about Falun Gong and the persecution. Over 20 days of detention has led to her mental collapse. However, the officials still claim, “She shall be sentenced regardless of her mental state.” 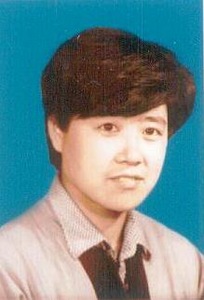 The detention center officials where Ms. Sun is being held reported her severe health condition to the police station, but officials from the Shuangyashan City Political and Legal Affairs Committee still refuse to release her.

Ms. Sun Shujie, 57, was the head of the Forest Protection Site of the Shuangyashan Coal Mining Group. Since the persecution of Falun Gong began in July 1999, she has been arrested thirteen times and sentenced to forced labor three times.

Ms. Sun was sentenced to three years in Jiamusi Forced Labor Camp in April 2002. She was subjected to brutal torture and became mentally disoriented. She received no medical treatment until March 2004, when her condition became severe. The camp authorities had to release her due to her condition.