(Minghui.org) Falun Gong practitioner Mr. Hao Xiangtang was illegally sentenced to five years in prison by the Qiaodong District Court on July 18, 2014. The judge ignored the fact that the police abused their power and fabricated evidence.

Mr. Hao was arrested at a train station on July 14, 2013. During the next 38 days after his arrest, he was taken to three different police stations, interrogated, and tortured. He was shocked with electric batons, deprived of sleep, handcuffed to a metal chair, and his feet were stabbed with a screwdriver. 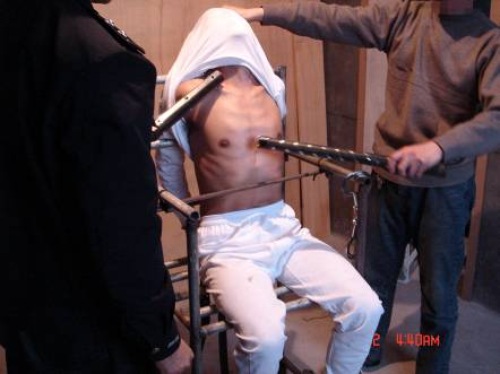 Mr. Hao was tried on May 23 and June 30. His attorney pleaded not guilty for him on each occasion.

Related articles:Mr. Hao Xiangtang to Face Second Illegal Trial Based on Fabricated ChargesMr. Hao Xiangtang Illegally Tried Despite the Evidence Being Deemed Insufficient by the ProcuratorateDomestic Security Division Police Charge the Innocent and Disregard the LawAttempting to Bypass Procuratorate's Review, Police Submit Returned Case to the Court DirectlyCase Against Practitioner Rejected due to Insufficient Evidence; Authorities Still Torture and Detain Him