However, the authorities in Tangshan City, Hebei Province have not only refused to release Mr. Bian on medical parole, but they have also denied him visitation. Ms. Zhou and Ms. Bian were recently arrested on March 12 and 13, respectively.

When the Shijiazhuang Prison blocked Ms. Zhou and Ms. Bian from seeing Mr. Bian on March 3, 2014, Ms. Zhou became so distraught that she fainted and was rushed to the emergency room. Frustrated, Ms. Bian staged a protest outside the prison the next morning.

In retaliation, officers Pang Hailiang, Zhao Zhigang, and Qi Juyi from the Shenglibeijie Police Station in Shijiazhuang seized Ms. Bian on March 12 when she tried to visit her father. 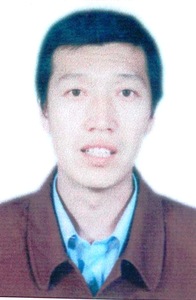 Mr. Bian, 48, was a teacher at Kailuan 10th Middle School in Tangshan City. He used to have heart problems and hypertension. But after practicing Falun Dafa his ailments disappeared, and he was perfectly healthy at the time of his arrest on Feb 25, 2012. He was locked up in the Tangshan Second Detention Center and later tried at the Tangshan Court on July 26, 2012. He was sentenced to 12 years in prison.

Mr. Bian was first detained at the Baoding Prison and secretly transferred to the Shijiazhuang Prison on January 6, 2013. He was tortured there, and his many health problems returned. The prison authorities denied him all medical treatment. Instead, they constantly monitored him with guards and inmates.

Ms. Zhou applied with the Shijiazhuang Prison and Management Bureau for Mr. Bian's medical parole in January 2013. However, she received no response from the authorities.

Ms. Zhou and Ms. Bian went to see Mr. Bian on June 17 and learned that the authorities had transferred him to the strict management team. There, 26 inmates took turns torturing him around the clock. Mr. Bian's physical condition deteriorated as a result and he was on the verge of death.

For details of Mr. Bian's critical conditions, seeImprisoned Teacher Tells His Wife: “Every Time We Meet Could Be Our Last Farewell”

On July 16, 2013, Mr. Bian's wife and daughter attempted to visit him, but the Shijiazhuang Prison authorities again turned them away.

Ms. Zhou and Ms. Bian demanded that Mr. Bian be given his rights back. Zuo Donghua, Director of the Education Division, denied that Mr. Bian had his basic freedoms taken away. Head of the 28th prison ward Yue Yuhai reprimanded the two women, and two armed guards threatened to arrest them.

The prison authorities launched another round of harassment of Mr. Bian on November 13, 2013. They hired Xia Xinmin, a former Falun Gong practitioner, to brainwash and mentally abuse Mr. Bian.

On March 3, 2014, Mr. Bian's wife and daughter went to see him at the Shijiazhuang Prison, but they were turned away.